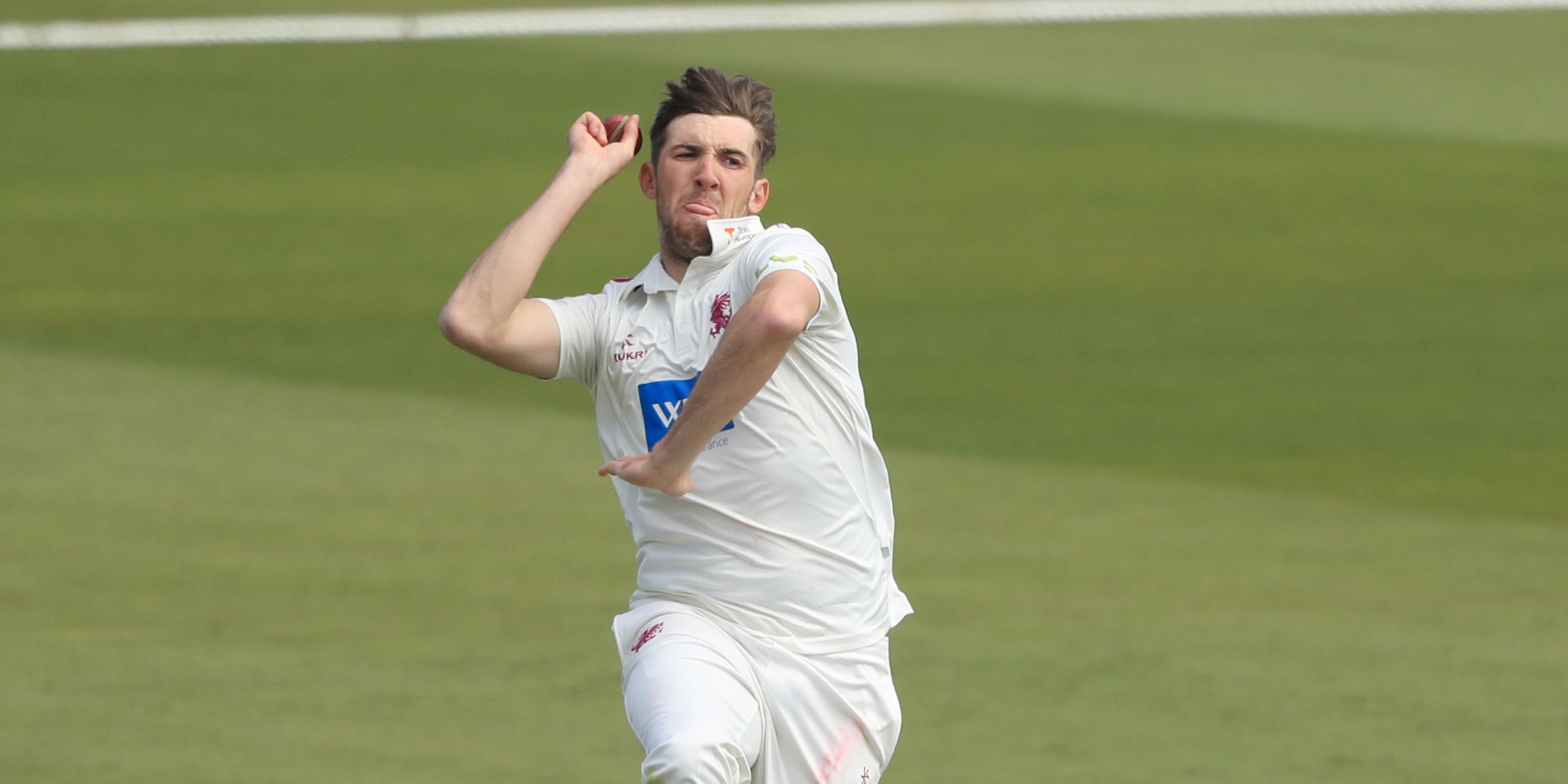 Craig Overton put Somerset in full control against Hampshire as the visitors dominated the second day of the LV= Insurance County Championship clash at the Ageas Bowl.

Overton – the leading wicket-taker in the competition – demonstrated his batting credentials by top-scoring with 74 in Somerset’s 336, then starred with the ball as Hampshire closed on 92 for three in their second innings, still trailing by 165.

The England paceman hit 10 fours on his way to his 13th first-class 50, before he removed opener Ian Holland, Tom Alsop and nightwatchman Kyle Abbott during a hostile spell of bowling late in the final session.

Another player to push their England credentials was the in-form James Bracey, who gave the national selectors another timely nudge in front of the Sky TV cameras as Gloucestershire – who sit above Somerset at the top of Group Two – tightened their grip on their clash with Middlesex at Lord’s.

Bracey, a reserve on England’s tours of Sri Lanka and India this last winter, passed 50 for the fifth time this season in making 75 to stake a claim for a place in next month’s first Test against New Zealand.

He helped Gloucestershire make 273 in response to Middlesex’s 210 before the hosts were reduced to 26 for three in their second innings.

Bat continued to dominate ball at Leicestershire where Surrey openers Rory Burns (74) and Mark Stoneman (59) put on an unbroken 146-run stand as they replied to the home side’s mammoth 496.

England batsman Burns passed 50 for the fourth time in seven innings this season and also took full advantage of the flat pitch to bring up 10,000 career first-class runs.

It was also a day to remember for 22-year-old Leicestershire wicketkeeper Harry Swindells, who made 103 for his maiden first-class century, and for Surrey off-spinner Amar Virdi, who picked up a six-wicket haul from 44.2 overs bowled.

Nottinghamshire captain Steven Mullaney passed 8,000 career runs in making 117 as he helped his side claim the upper hand against Essex, the hosts scoring 323 for a first-innings lead of 224.

Essex’s Zimbabwe-born Holland seamer Shane Snater took a career-best seven for 98 in only his sixth first-class appearance but 34-year-old Mullaney shared partnerships of 123 with Lyndon James (51) and 66 with Stuart Broad (41) to put Nottinghamshire in control.

Essex, skittled for 99 on Thursday, were still 95 behind at 129 for three at the close, with opener Nick Browne unbeaten on 60.

At Old Trafford, Group Three pacesetters Lancashire eased their way to 22 without loss after Glamorgan had scored 344 – England paceman James Anderson finishing with three for 40 off 24 overs – while Northamptonshire were pushing for victory at home to Sussex.

Saif Zaib struck a wonderful maiden first-class century for Northamptonshire, scoring 135, to help his side run up 441 for nine declared and a huge first-innings lead of 335.

Sussex were then reduced to 68 for four before Stiaan Van Zyl (71 not out) and captain Ben Brown (30no) helped them recover to 154 for four by stumps, albeit still trailing by 181 runs.

Warwickshire, the Group One leaders, and Worcestershire look set for the 101th draw in their long rivalry after dogged resistance from the visitors on the second day at Edgbaston.

In reply to Warwickshire’s 343, in which Michael Burgess scored 101, Worcestershire closed on 198 for four, thanks principally to Jake Libby (74) and Jack Haynes, who made a career-best 52 not out.

Honours were also fairly even at Headingley, where Yorkshire were 240 for five – Gary Ballance unbeaten on 91 with Harry Brook making 59 and England captain Joe Root 41 – after Kent had been dismissed for 305.