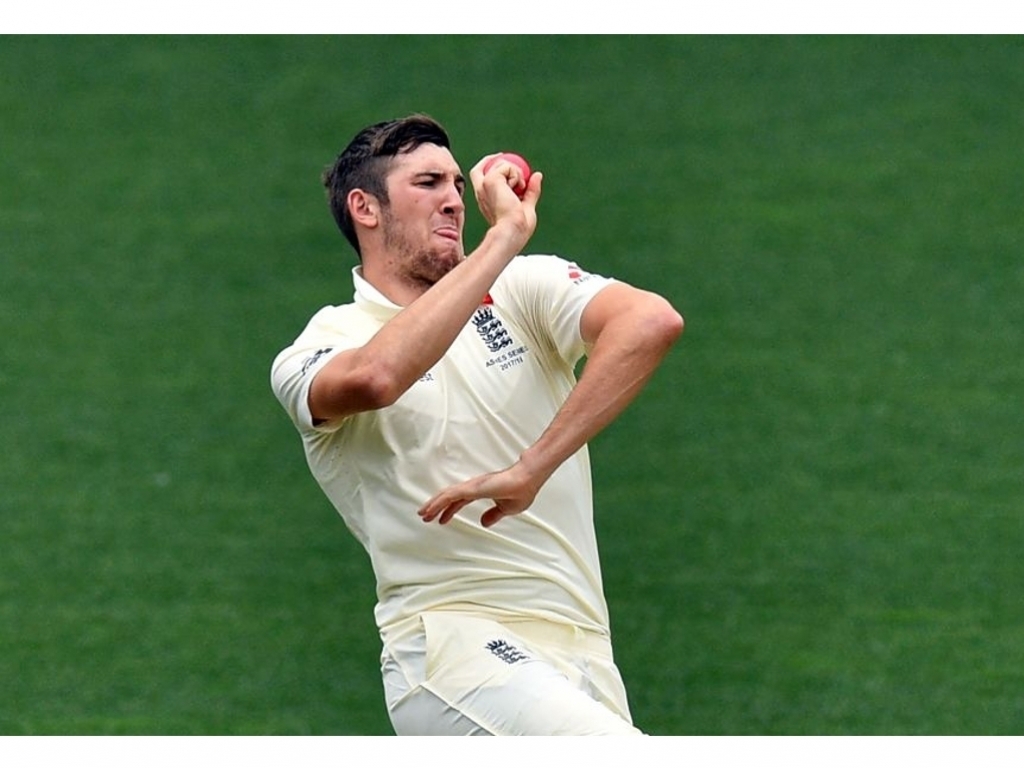 Adam Rossington kept his head to guide Essex to a nerve-jangling one-wicket LV= County Championship win over Somerset as wickets tumbled around him.

Needing just 84 for victory on day three at Taunton, the visitors crashed to 60 for eight before Rossington’s 29 not out saw them reach their target by the narrowest of margins.

Defeat proved harsh for England paceman Craig Overton, who took six second-innings wickets for 30 to complete career-best match figures of 13 for 87 with Peter Siddle supporting with three for 25 as Somerset came up just short.

Overton’s twin bother Jamie, however, enjoyed a better day as he took six wickets to help Surrey beat Hampshire by an innings and 17 runs at the Oval.

The fast bowler claimed the final three wickets to take his tally to five for 54 and end the visitors’ first innings on 223, 244 runs short of Surrey’s total of 467, and then helped himself to three for 53 after they had been asked to follow on.

Jordan Clark with four for 55 and James Taylor, who took three for 56, ensured their side did not have to bat again as Hampshire were all out for a second time for 227 despite lower-order resistance from Keith Barker with 57 and James Fuller, the last man to go for 41.

Kent face a difficult final day if they are to avoid defeat by Lancashire at Canterbury after a team effort from the Red Rose’s bowlers.

George Balderson mopped up the tail with three for 14 as the home side slipped from 133 for three overnight to 260 all out with opener Ben Compton unbeaten on 104, and was one of five different bowlers to claim scalps as they were reduced to 81 for six after being asked to follow on.

Ollie Robinson’s men will resume still 165 runs behind with Compton on 20 not out.

Bracey finished day three undefeated on 112 and with his side leading by 104 runs having reached 253 for six after Yorkshire had added 42 runs to their overnight score to end their first innings on 376.

In Division Two, Durham openers Michael Jones and Sean Dickson put on 152 for the first wicket at Chester-le-Street to set up a day four assault.

Jones eventually departed for 108 after Dickson had gone for 84 to leave the home side on 239 for two in their second innings at the close, 394 runs ahead after Matty Potts had plundered six for 58 to skittle out Leicestershire for 273.

Sussex skipper Tom Haines compiled an impressive 164 not out to guide his side to within 53 runs of Derbyshire’s mammoth first innings total of 505 for eight declared.

With support from Cheteshwar Pujara, who finished day three unbeaten on 57, Haines steered the visitors to 278 for two in their second innings after they were invited to follow on having been bowled out for 174 in their first with Sam Connors and Nick Potts taking three wickets each.

Having ended the visitors’ first innings for 379, Notts set about eating into a 77-run deficit and by the close, had established a lead of 147 with two second-innings wickets remaining despite the best efforts of Timm van der Gugten, who finished with four for 51.