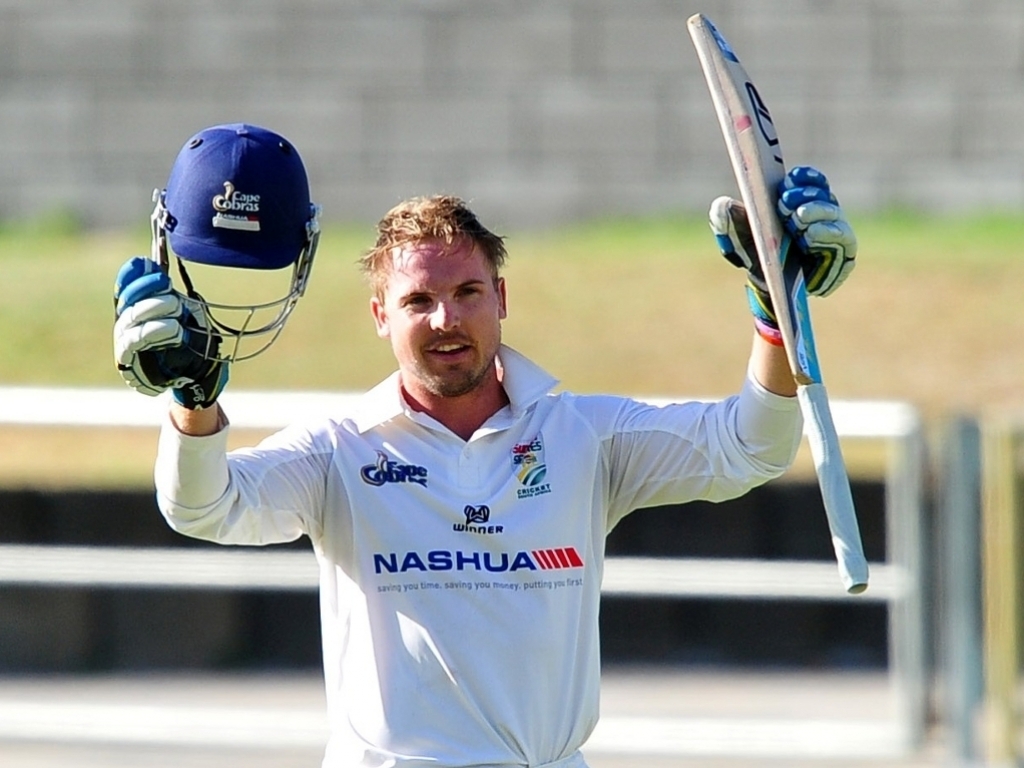 Stiaan van Zyl has set the bar very high for himself, and, indirectly, he has also challenged his team-mates to follow suit.

The number-four batsman of the Cape Cobras said it is still his aim to score 1000 four-day runs in a season.

About the milestone Van Zyl said: “If I do that, and somebody else also amasses a big number, we will win the competition.

A case in point was in 2013/2014, when Van Zyl struck 933 runs while Justin Ontong managed 927 runs. The Cape Cobras won the Sunfoil Series in emphatic style in that season.

The stylish left-hander is keenly aware that he is not the player of 2014-vintage, and that’s something is still lacking.

He elaborated on his failure to capitalize on a first-innings score of 83 in Bloemfontein against the Knights: “I should have gone on and made a big score like 150.”

Van Zyl says the failure of the top-order at the Wanderers Stadium in the first Sunfoil Series-match of the season should almost be written off as one of those unfortunate things. The wicket was a very unforgiving one on which to play. When Hardus Viljoen got it in the right area, the alarm bells were ringing.

But in their 175-run defeat against the Knights the Cape Cobras might have been too eager to feel bat on ball.

The left-hander went on: “It is early season and the batsmen are keen to hit the ball.

“Consequently, we are dismissed within 70 overs.

“I do think we need to occupy the crease and bat time. We should be batting for sessions and if we are still there after 96 overs at the end of the day we will have close to 300 runs.

“I plan to bat for more than a session and occupy the crease.”

Asked if he is not concerned that an ultra-defensive approach might get himself into a negative space of mind and that he will consequently bat himself into a hole, Van Zyl says that is not the case.

Van Zyl concluded: “You can always catch up later, but we have to bat for longer periods.

Currently, Jason Smith is batting superbly, but he requires a top-order batsman to stay with him. If that happens, and Zubayr Hamza and Matthew Kleinveldt also fire, the Cobras could amass a substantial first-innings total against the Warriors in the Sunfoil Series clash starting on Thursday 20th October at Newlands.