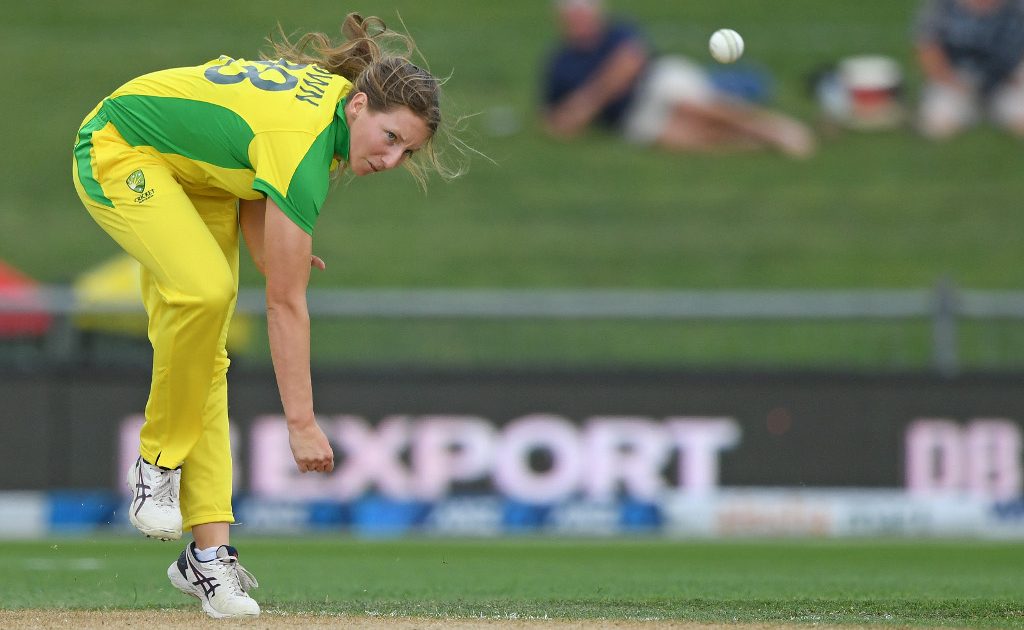 Cricket Australia announced the list of 15 women’s players to be offered national contracts for 2021-22 on Thursday, 15 April 2021.

Eighteen-year-old fast-bowler Darcie Brown has been rewarded with a Cricket Australia contract after impressing on the tour of New Zealand but there are otherwise few surprises.

Brown’s selection in place of Delissa Kimmince, is the lone change to last year’s women’s national contract list from CA.

Cricket Australia’s Female High Performance Manager and National Selector Shawn Flegler said: “We’re proud of the playing group for the resilience and hard work they displayed over a challenging season, which for many included multiple quarantines and hubs, as we now look ahead to a huge year of cricket.

“Since our loss to India in the semi-final of the 2017 World Cup, we’ve been focussed on winning the trophy back. The World Cup in New Zealand is therefore a big focus for the playing group, as are the home series against our great rivals England and India.

“The only change from last year’s contract list is the inclusion of Darcie Brown for Delissa Kimmince, who has decided to retire from the game,” said the Australia selector.

“Darcie is an incredibly exciting fast-bowling talent, as we saw on the recent T20I and ODI tour of New Zealand, and she has consistently been the fastest bowler in the country as shown by our testing around the states. She’s had tremendous raw pace throughout the junior ranks and we think she has the potential to form an excellent new ball partnership with Tayla Vlaeminck for many years to come.

“DK should be incredibly proud of her contribution to Australian cricket. She made her international debut at the very young age of 18, took a break from the game and returned to make a huge contribution at all levels. During that time she developed from a raw fast bowler into a genuine all-rounder and has been regarded as one of the best fielders in the world. She’s a been a wonderful teammate and an important member of our Ashes- and T20 World Cup-winning squads and we thank her for her outstanding service to the game.

“From a batting perspective, we are really happy with the performance and depth of this group. Meg Lanning, Beth Mooney, Alyssa Healy and Rachael Haynes are all at or near the top of their game, which augers well as we enter a World Cup year. It’s a very tough group to crack. The likes of Georgia Redmayne, Elyse Villani Katie Mack, Bridget Patterson and Rachel Trenamen have performed strongly throughout the WNCL and provide us with great depth.

“It’s a similar story with our all-rounders. Ellyse Perry is ranked the No. 1 ODI player in the world and she has done a terrific job working her way back after a significant injury. We expect her to be back to full fitness next season and contributing with both bat and ball. She is well supported by seam-bowling all-rounders Annabel Sutherland, Nicola Carey and Tahlia McGrath, all of whom we believe will have an important role to play this year.

“We have hit a sweet spot in terms of our spin-bowing options. Ash Gardner, Jess Jonassen, Sophie Molineux and Georgia Wareham are all genuine all-rounders and provide great variety with the ball. We have world-class left- and right-arm finger spin as well as leg-spin to call upon, which gives us options across all formats and conditions. And there is impressive depth beyond the contracted list, with the likes of Molly Strano among those who may well come into selection consideration over the course of the year.

“Our fast bowlers have also had a great year. Megan Schutt was outstanding on the recent tour of New Zealand and continues to perform consistently at the highest level. Tayla, too, was impressive in New Zealand in her return from injury with her pace, bounce and movement while Darcie, as previously mentioned, handled the step up to international cricket with great poise and professionalism.”

Australia Women will host India and England this summer before heading to New Zealand for the ICC World Cup in March, 2022.