Home Dan Liebke Why Cricket is the Greatest Sport, No. 1: Australian reverse-score antics

Why Cricket is the Greatest Sport, No. 1: Australian reverse-score antics 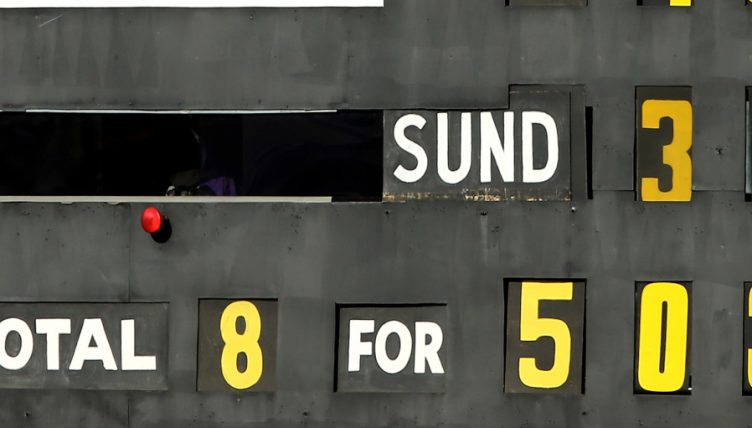 Cricket is the funniest, and hence best, sport that humanity has ever invented. Literally tens of millions of examples abound of cricket being magnificently absurd. Some are so well-ingrained that we barely even notice them (e.g. why, exactly, do cricketers need to appeal to take a wicket?). Others leap out as delicious nonsense to even the most battle-hardened fan of the game (e.g. any time there is a run out with both batsmen sprinting like idiots to the same end).

Throughout this series, I’ll cover the entire spectrum of cricket nonsense, highlighting how ridiculously splendid and splendidly ridiculous this extraordinary sport is.

Anywhere in the world where cricket is played, you can ask somebody the score of a particular match and receive an answer. It’s 417/2, they’ll say (because India are batting), and you’ll know that India have made 417 runs for the loss of two wickets (almost certainly their openers, probably in the first few overs of the innings).

But if you ask the question in Australia, you’ll receive a different answer. They’ll instead say ‘oh, I’m not sure mate, is there even an ODI on?’. But if you press further, beyond the faux-ignorance of a losing Australia fan, they’ll eventually swear about Virat Kohli for a bit, before admitting that it’s 2/417.

I mean, it’s not inherently mental. As any Australian who cares enough about the issue to argue the point (a thankfully tiny number) will explain, there’s at least some kind of internal consistency to always saying wickets first, runs second. We do it for the bowlers. They’re always taking 3/49 (Wasim Akram) or 8/215 (Jason Krejza) or 1/6 (Sir Alastair Cook), wickets first, runs second. Let’s just stick to doing that for the team score too.

The counterargument, and the principle that everybody else has adopted, is that the first information given is always the answer to how much progress has been made, with the second piece of information measuring at what cost. So for bowlers, the progress they make is measured in wickets, at a cost of the runs taken from them. Whereas for teams, they make progress in runs, at a cost of the wickets that have fallen.

(And, obviously, for people tricked into debating this topic, they invariably make no progress in convincing the other person of their point of view at a cost of a good portion of their sanity.)

But the various rationales don’t even matter. Ultimately, scoring conventions are as arbitrary as everything else about a sport. The same information is being provided. It’s just that everybody else in the world has decided that team scores are runs first, wickets second. For Australia to stubbornly persevere with doing it the opposite way to everybody else is bonkers.

Imagine if in international golf tournaments all the, say, Canadian people playing had decided that an ‘under par’ performance meant you were doing poorly and that they all therefore wanted their good scores described as ‘over par’. The tournament would list the exact same results, with all golfballers ranked how they ordinarily would be, except with the Canadians describing it in the opposite way to everybody else.

Or, if in football, the Germans decided that defence was the most important thing and that they would therefore record a match where Brazil conceded 7 goals and Germany just one as Brazil 7 Germany 1, while everybody else continued in the usual scoring fashion.

Somebody, somewhere, would eventually take charge and say ‘okay, that’s enough of that silliness’ and get everybody doing it the same way.

But that’s not how cricket works.

In presumably a fit of jealousy at Australia’s successful ongoing obduracy in this field, India spent several years in the early twenty-first century blazing a fresh trail of own drum-marching, pigheadedly refusing to use the Umpire’s Decision Review System when every other nation was making T-motions with their forearms like nobody’s business.

But after just a decade or so of everybody sniggering and showing no sympathy when dud calls went against them, India eventually followed everybody else into the promised land of the DRS.

Yet almost 150 years after Test cricket began, Australia still say the score the opposite of everybody else.

They can do so, of course, because unlike using technology to reprieve batsmen from an LBW decision (or not, in the case of Shane Watson), saying the score the other way around doesn’t matter at all. There are very few situations in which a reversed score is confusing. If clarification is ever needed it’s because a team is in sufficient trouble that the specifics aren’t actually all that important. If the score is, for example, 2/3, it may be unclear, but you should probably linger long enough to unravel what’s going on with this new ball spell anyway.

In all other cases, it takes the bare minimum of mental gymnastics to decode a score not quoted in your preferred format into one that is. BT Sport isn’t exactly employing Bletchley Park to crack the code of their Australian Ashes feed.

So, if it doesn’t matter, why should Australia shift from their traditional method of scoring?

To which the counter is, if it doesn’t matter, why shouldn’t Australia shift and just put an end to all this silliness?

It’s a classic ‘it doesn’t matter’ impasse that leaves cricket as a sport that can’t even convince one of its two oldest playing nations to say the score the same way as everybody else.

And that’s just the first reason why cricket is the greatest sport there is.

Or, as we say in Australia, the least last reason.