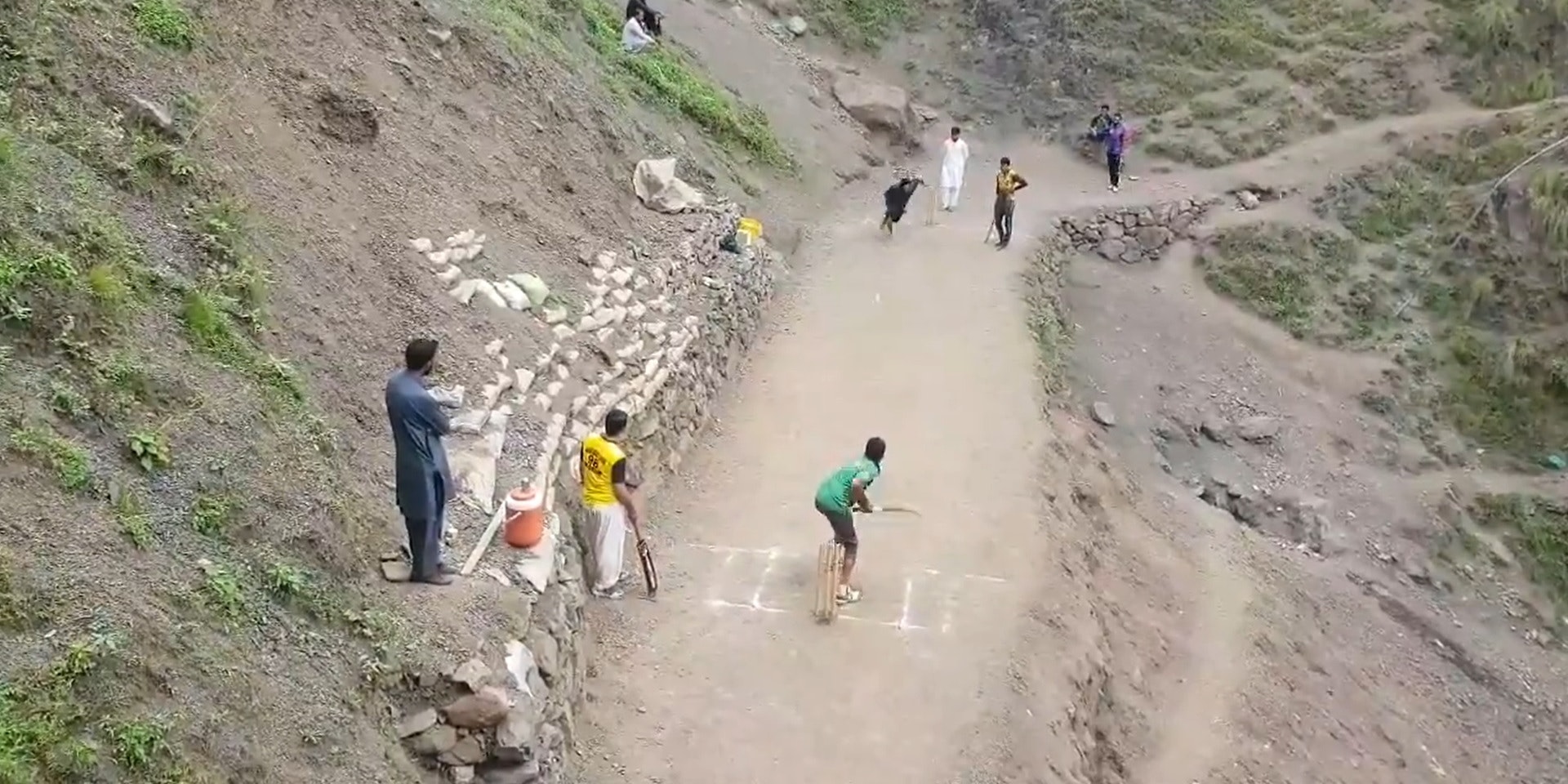 A video showing cricketers playing on a makeshift mountainside pitch has proved a big hit online.

The clip, taken by sports journalist Shakir Abbasi, shows the conclusion of a game in Pakistan, with fielders scrabbling to retrieve the ball on steep surfaces either side of a wicket on an old landslide.

According to Mr Abbasi, the game on August 7 was the final of an Eid cricket tournament, played between villages in a relatively remote region of Abbottabad district after people returned to their native areas for the holiday.

The video, which has been viewed more than half a million times on Twitter, shows spectators celebrating at the end of the game.

Mr Abbasi said he hopes either government or cricket authorities will take note and help to build some facilities in the region.

He told the PA news agency: “People of this region have great potential of cricket and great love for cricket, and they at least deserve a small cricket ground.

“The government or ICC or PCB should come forward and build them a cricket ground where they (can) properly play cricket.”