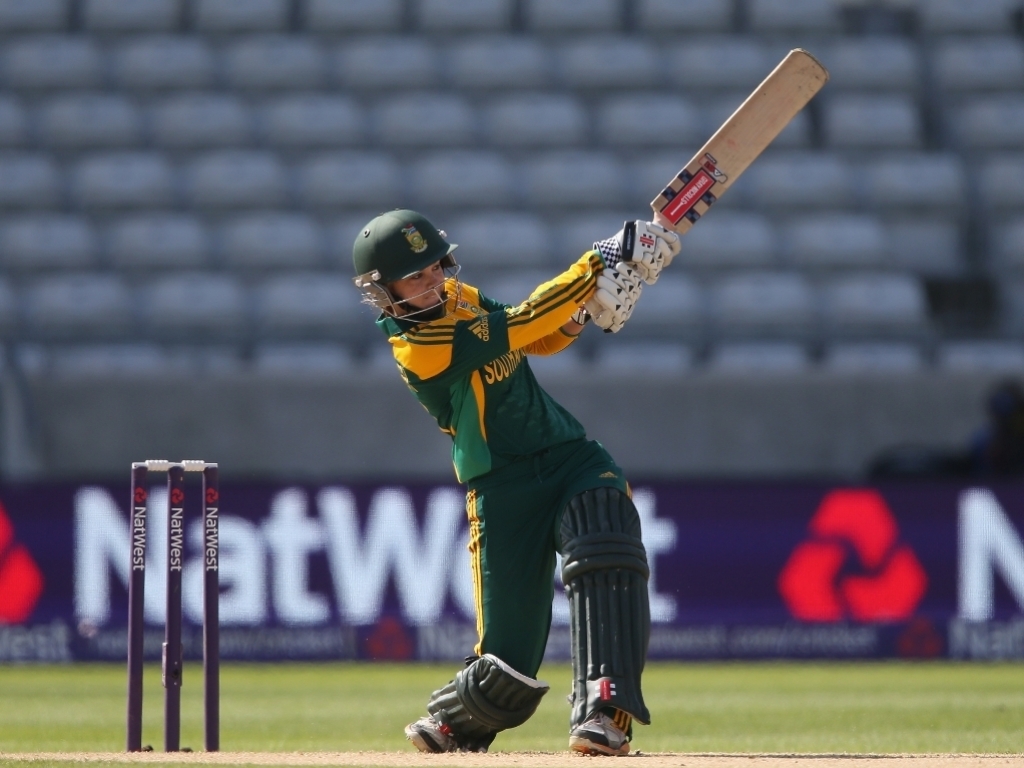 Cricket South Africa (CSA) on Tuesday announced the 15-woman strong Proteas squad that will represent South Africa in the 2017 ICC Women’s World Cup that will take place in England from 24 June to 23 July.

Captain, Dané van Niekerk will lead the side for the first time in an ICC World Cup after successfully seeing to the team’s inclusion thanks to an impressive showing at the World Cup qualifiers in February of this year.

Included in the squad are newbies, Nadine de Klerk and Raisibe Ntozakhe, both of whom made their international debut during the recently concluded CSA Women’s Quadrangular series in Potchefstroom. They showed enough potential for the selectors to take a leap of faith and give them an opportunity on women’s cricket’s biggest stage. The rest of the team list reads as expected by many, with senior players such as Shabnim Ismail, Marizanne Kapp, Trisha Chetty and vice-captain Chloe Tryon cracking the nod for yet another ICC competition.

Coach, Hilton Moreeng is satisfied with the squad selected and believes that they have the ability and capability to return home with the trophy.

“It’s taken the better part of the last 24 months to build what we have now and I believe that we finally have the winning formula,” he commented. “The balance in the side is just right and I know that the team can’t wait to get to England and test themselves against the world’s best sides.

“This year’s squad, led by Dané (van Niekerk) has spent a lot of time together and we have a lot of game time under our belts,” he continued. “I’m very happy and proud to have the two youngsters, Raisibe (Ntozakhe) and Nadine (de Klerk) in the fold. They proved their worth during the Quadrangular series and announced themselves well to international cricket. They are the perfect example of hard work paying off and how doing all the right things can reap just rewards.

“We’re looking forward to getting to England and making our nation proud.”

South Africa will face old rival, Pakistan in their first appearance at the World Cup and Van Niekerk is looking forward to a strong showing from her charges.

“We’ve spent a long time preparing for this and it’s a really exciting time for the team and women’s cricket globally,” she said. “Playing for your country is a dream come true on any day, but representing it at an event like the ICC World Cup is the pinnacle for every sportsperson and the Momentum Proteas are no different. With a few of us having a bit of experience of English conditions, we are confident going into the tournament that we are going to give it our very best and leave it all on the field by the time it ends.

“I would like to take this opportunity to congratulate all the girls that made the team and to also thank all of those who have supported us up to this point, especially Cricket South Africa and Momentum. We will dedicate every appearance at the tournament to all of you.”

“Congratulations to all our players who have been selected to represent our country at the ICC Women’s World Cup. Qualifying for the 2017 World Cup was a goal we had set ourselves some three years ago and we are proud to have achieved it. I have no doubt that our players will represent us with pride and passion and we wish them every success during the tournament.”

“This is a proud moment for Momentum as we send our women’s sporting ambassadors to the ICC Women’s World Cup.  It has been exciting to see the team grow in world rankings and again earn their spot and in the World Cup.  This shows what can be achieved when we invest in the sport and developing the players. We thank CSA for this partnership and the commitment they have shown in supporting the women’s team and all opportunities provided, in the form of dedicated management and coaching.  We wish the team the very best and hope their representation inspires and encourages young women and girls, or any young South Africans, to get involved and to dream those big dreams. Bring it home ladies!”