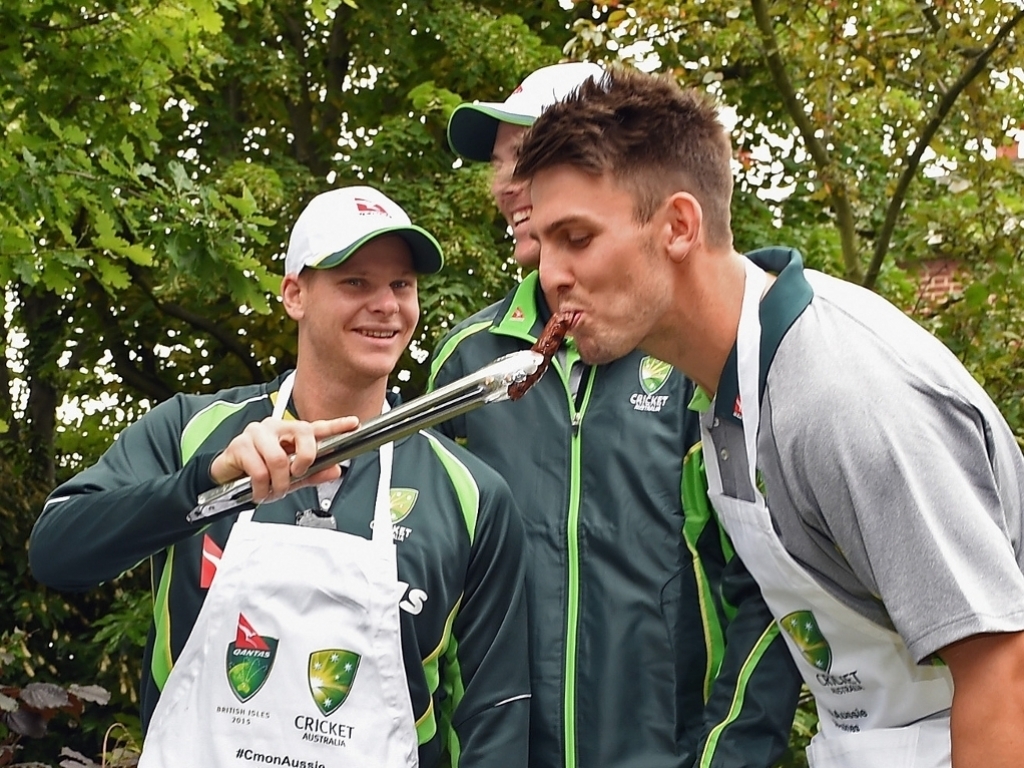 With the Ashes in England done and dusted, it's never too early to look ahead to the next one, in late 2017. It will be played in Australia, where the hosts will be looking to repeat the whitewash they inflicted in 2013/14.

Here is our fantasy composite XI, a somewhat realistic one instead of a silly one, filled with players we think will be ones to watch in two years' time. What do you reckon?

The Nottinghamshire batsman, at the time of writing, is fifth on the Championship run-scoring list, narrowly ahead of both Michael Carberry and Nick Compton, and well in front of Sam Robson. He's averaging nearly 54 in the whites, demonstrating he's more than a T20 slogger. We think he'll be picked for the UAE, do relatively well, and end the year in South Africa, where he will cement his place. He's the answer to the question England have been asking since Straussy retired in 2012, just you wait and see.

Warner started as a T20 specialist and has developed into a Test certainty, which will give Hales some inspiration.. He was one of the better Australia batsmen in the Ashes, recording five half tons, and having been promoted to vice-captain, he'll hit his peak two years from now. This all assumes he'll stay out of trouble, of course, but we have faith in the new and improved Bull.

The new Australia skipper will be eager to impress and put his own stamp on the Baggy Green in the next two years, and if he can continue the form he's shown over the past 18 months, he'll be the key to it all Down Under. He was the Ashes' leading run-scorer this time round, with the only double ton of the series, and it could continue to be said that the only person who can get Devereux out is Devereux himself.

The Yorkshire stalwart will be England captain by then, one imagines. He was man of the series in these Ashes, as England's leading run-scorer (behind Smith and Rogers though) and seemed to have the best handle on Australia's bowlers. He'll be looked to Down Under for the runs, even thought he only scored one half ton in 2013/14. With time to hone his skills even further, we think he'll be formidable there in two years' time.

After Root, Moeen was England's best batsman in the Ashes until Alastair Cook nipped past him at the final hurdle. He batted as low down as eight for most of the series, but showed his value in marshalling the tail more than once, after the top order crumbled, over and over. His calm, composed batting and handy off spin will take care of one place in the line-up. If he's pushed up the order in the coming series, as is expected, we think the added responsibility will improve his low-30s batting average.

This was a toss up between Buttler and Jonny Bairstow, but with Buttler the better keeper, we went for him. He didn't have the greatest Ashes with the bat, top-scoring with 42 and averaging less than 16, but Bairstow didn't set the world alight either, despite coming into the team on the back of a string of domestic centuries. And Buttler has the bit of flash everyone likes, with a Test strike rate and average much higher than Jonny-B-Good's.

The Durham all-rounder just gets better and better, now that he's got his temper under control. The last time England were in Oz, Stokes was the only Pom to score a century in the whole series. This time, he made two half tons, but was more impressive with the ball and contributed heavily to England's win at Trent Bridge that sealed the series. He's going to grow in confidence, and a bit of fire never goes amiss for the fans. He'll be the villain the Aussies love to hate.

A wild card, sure, but one the Aussies will definitely go for. The all-rounder has not established himself in the Test team yet, and didn't play in the Ashes, but will get a chance in the wake of all the retirements and the post-defeat clear-out. He's been playing for Yorkshire in recent months, averaging 52 in the one-dayers and scoring a ton in his most recent four-day game. If nothing else, he'll bring some bizarre strokes to the middle, and on home soil he'll be a key man to remove. It's feast or famine with him, but we predict the former come late 2017.

Australia coach Darren Lehmann has said one of his biggest mistakes during these Ashes was leaving Mitchy on the sidelines in the fourth Test. He was missed, and showed why in the finale, bagging five wickets. Ok, he wasn't brilliant overall, but there are few that don't see his potential, and by the time the next Ashes come round, he'll be well cemented in the side. His batting needs more work, but one can't see Shane Watson getting his place back any time soon.

No side is complete without at least two Mitchells, and this is the one you want most. He was the star of the World Cup, and Australia's best bowler in the Ashes just passed, taking 18 wickets and second only to Stuart Broad. In 2017 he'll be around 28, so at fast bowling peak, and sending down his swingy yorkers on home soil will have England worried already. Let's hope his now-fiancee Alyssa Healy doesn't distract him too much.

Any XI requires an imaginary horse, and this one comes with a Wood attached. The Durham paceman was very impressive pace-wise in the Ashes, faster than any of his England colleagues, and while he didn't take a bunch of wickets (10), he was a good foil for Broad in particular. The question surrounding his dodgy ankle remains, but we're assuming he'll have had surgery to sort it out by the time the next Ashes roll around.

The Hampshire spinner has been turning the ball, and heads, this season. He's only little, not even 19, but the baby-faced tweaker can't be far away from selection, even if it's just to tour. By the time the Ashes roll around, if he keeps on like this, he could be the answer to the Graeme Swann-sized hole in the side.