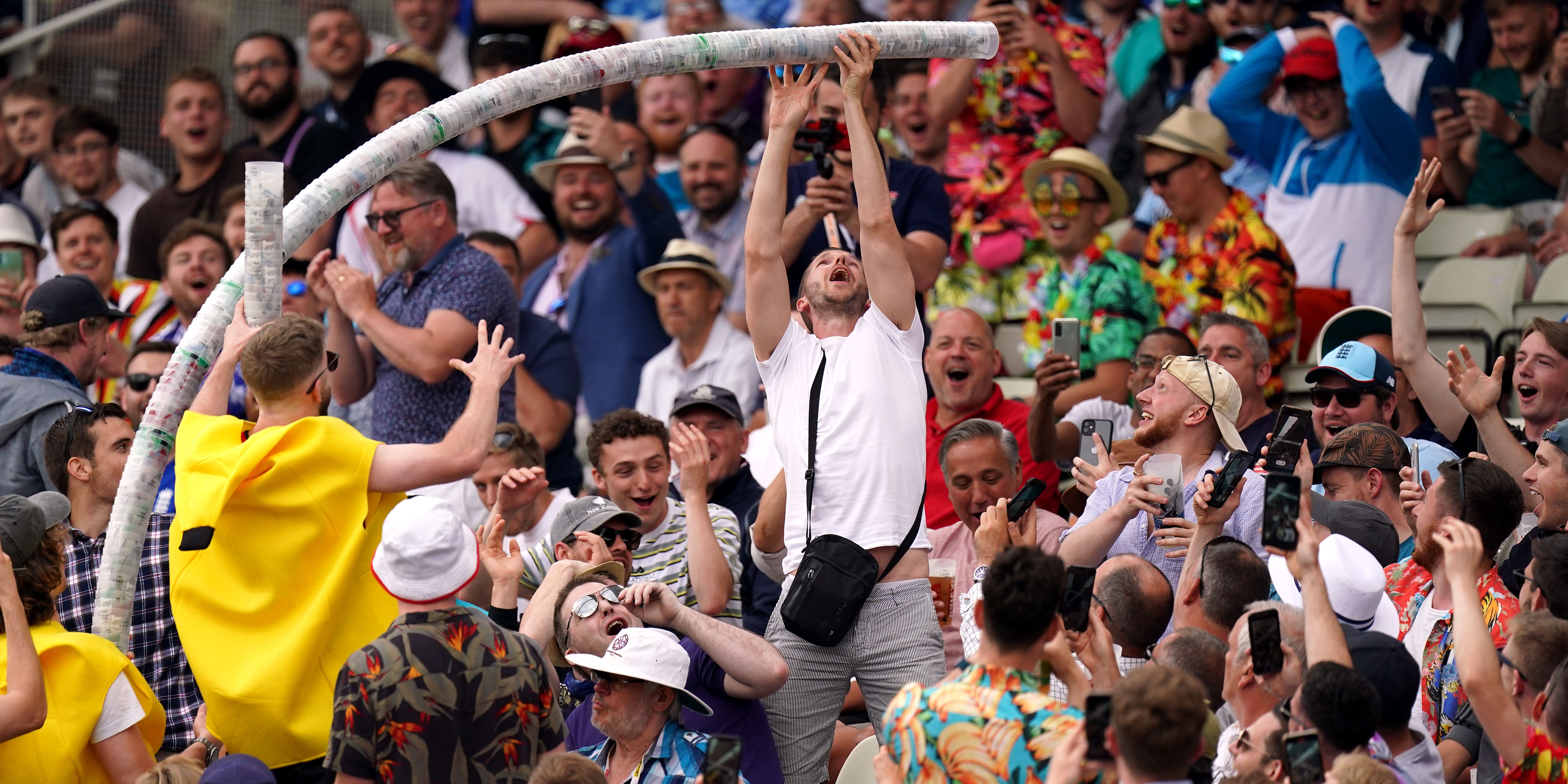 A stoic knock from Rory Burns and an evening flourish from Dan Lawrence prevented England from flopping against New Zealand in front of their biggest home crowd since 2019.

Burns compiled a hard-fought 81 and Lawrence picked up the mantle to finish with an eye-catching 67 not out from number six, leaving the hosts 258 for seven on day one of the series-deciding second Test.

With 18,000 fans pouring into Edgbaston, 70 per cent of full capacity as a result of the government’s pilot event scheme, there was a chance the occasion would be marked by an old-fashioned English batting collapse.

After an opening stand of 72 the hosts slipped to 175 for five, but Burns’ platform and Lawrence’s increasingly authoritative efforts, which included 11 boundaries, turned the tide to leave things evenly balanced heading into day two.

A look at the Birmingham songbook

After the entirety of the 2020 campaign took place behind closed doors, the Birmingham public were sure to make themselves heard. After starting with a lung-busting rendition of Jeruasalem, the Hollies Stand spent the day working through a wide and varied selection of songs. There was a selection of player-specific chants, a nod to the national anthem, a look ahead to Euro 2020 with a chorus of “football’s coming home” and even a speeded up attempt at the Icelandic ‘thunderclap’. Most frequent in the evening session was the plea of “don’t take me home” but eventually even that gave in as the seats emptied.

Having been England’s record wicket-taker for more than six years, James Anderson is now the country’s most capped player in the format too. His big day proved a quiet one, putting his feet up in the dressing room for 90 overs while his team-mates batted but his chance to affect the game is just around the corner.

While failing to turn up in clean kit can attract a small financial penalty from the fines committee in recreational cricket, Sibley had no qualms about walking out to bat on day one with a large soil stain on the front of his sleeveless sweater. While some put this down to poor housekeeping, it was more likely to do with the dive he took on the last day at Lord’s, when he finished 60 not out. Opening partner Burns took a different view, suggesting it was Sibley’s aversion to accidentally shrinking his garments.