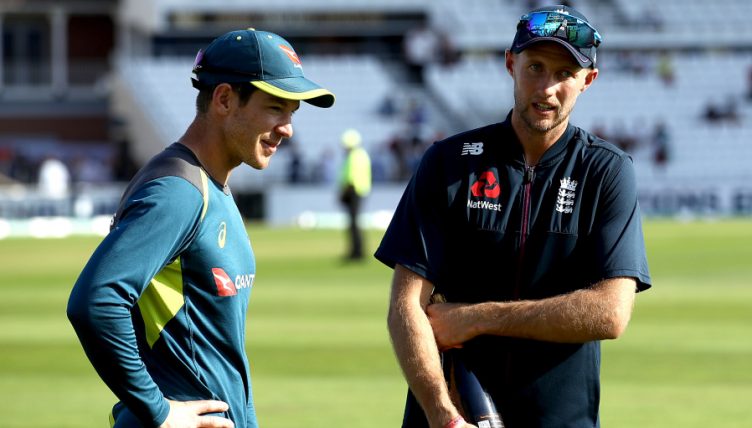 Calmed down yet? Us neither. But before we know it we’ll be in Manchester in nine days’ time living on every ball and every play and miss as the quite simply outrageous Ashes series of 2019 will once again be on the line.

Before we move on, we must first get the final word on what was a historic and truly captivating third test at Headingley.

Here are the final thoughts of Australia and England’s captains on a day when Test cricket re-announced itself to the world.

“It was close, tight and the crowd was loud… that was as hard as it gets for a touring side. Sometimes people make mistakes and we made a couple. In the end it cost us a Test match, that and an unbelievable innings.

“We’ve got time now to make sure we stick together and bounce back. If we get caught up in the emotion of it all and get too down on things then the series can be taken away from you really quickly.

“The facts are that we’ve been in a position to win every Test match that we’ve played in so we’re doing something right, we’ve got to keep believing in that.

“If we can continue to execute on skill and not get caught up in the emotion, we think the next two Tests will be the same, we’ll be in a position to win them. We’re not going to be sulking about it for long.”

But what could have been a celebratory occasion soon turned sour when Lyon fumbled a glorious run-out opportunity and had a controversial LBW decision denied.

“He’s a really important player in our side and I said to him that if our players see him dealing with it really quickly and moving on then our younger players are going to do the same thing,” said Paine of Lyon’s mental strength and importance to the overall team dynamic.

“We then turn up to Manchester or our next training session in a much better frame of mind rather than have guys sulking or whatever you want to call it. It hurts, deal with it, move on.”

“I’m going to struggle to put into words exactly what happened and I think I will do for a long time.

“It took a heroic effort from Ben to get us across the line and that gives us a huge amount of belief and confidence. It feels like momentum can be quite a big thing in series like this one, five-match series, so hopefully we can ride that into Old Trafford.

“To find ourselves in the positions we did and come out winning the game, not just being nine down with 73 to go but also being 67 all out in the first innings, that will hold a lot of weight to carry into the next two games.

“We always feel we should never give up, our World Cup win was a great example of that, and coming into this series it was so important to have faith and belief in each other. To win this one is special.”

“We felt like we had 12 men for the majority of this game. We’ve got the best fans in the world.

“The support in this game particularly, at Edgbaston, at the back end of Lord’s…it’s been electric, it really has. It has made a huge difference to the group and I’m sure Old Trafford will not disappoint.

“It’s always a fantastic atmosphere at that ground. It’s great to see people enjoy the sport, great to see cricket grabbing the headlines and great to see England win.”

What ended in miraculous victory for England had initially begun as a shining example of England’s deteriorating batting standards in the longer format over the last few years.

Their first innings score of 67 all out broke numerous unwanted records, and Root was adamant that the failure be addressed.

“We were poor, we were very poor. It did seam around a bit, it did move but we weren’t good enough. It’s simple as that.

“Every single one of us in that dressing room knows that was not adequate for Test cricket. In many ways we weren’t anywhere near where we want to be in this game and in a slightly strange way that’s a positive because we can be so much better.

“Hopefully we can go on and play in the manner we did in the second innings, not the first.”