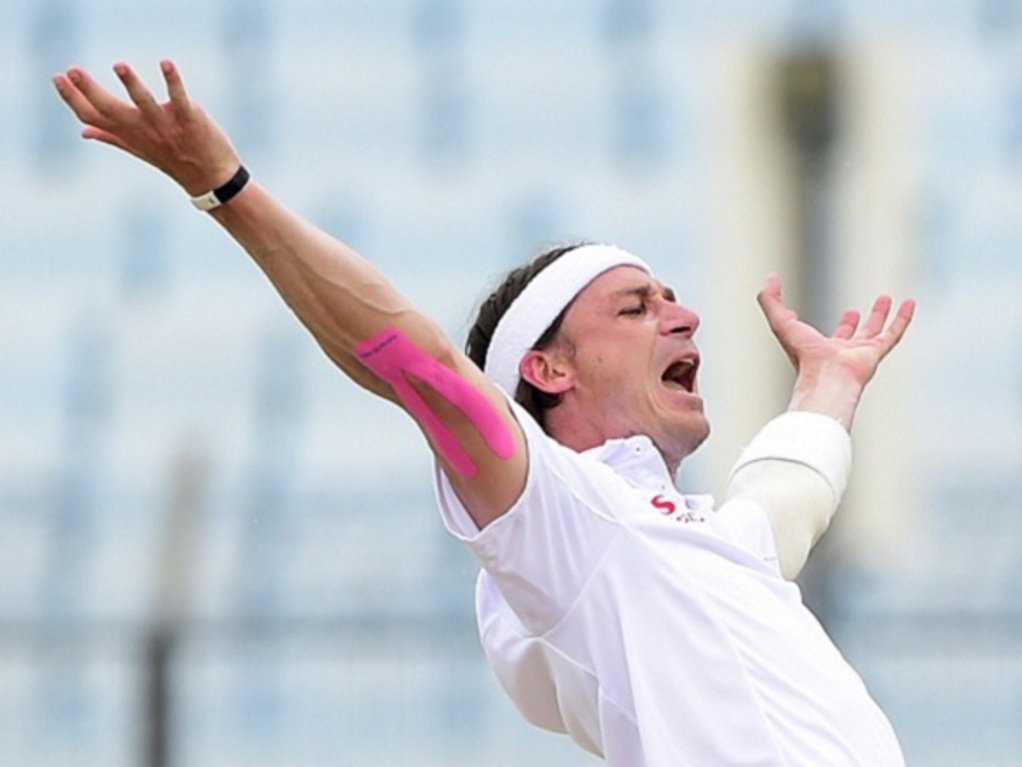 Cricket South Africa have congratulated Proteas fast bowler Dale Steyn on becoming the second South African after Shaun Pollock (421) and the 13th of all time to join the exclusive 400 Test wickets club.

He achieved the feat on the first morning of his 80th Test match when he dismissed Bangladesh opening batsman, Tamim Iqbal, at Dhaka on Thursday.

CSA Chief Executive, Haroon Lorgat said when he heard the news: "Fantastic. Just fantastic! The statistics as always speak for themselves and one cannot compliment Dale enough.

"He is the joint second fastest to reach this mark in terms of matches played but he is by far the quickest in terms of balls bowled as his strike rate of 41.6 is far superior to anybody else. No other bowler in that category has a strike rate below 50.

"But there is far more to Dale’s success than pure statistics. His ability to bowl conventional swing at high pace and then switch to lethal reverse swing – he is one of the finest exponents of this latter art – combined with his superb control make him the world leader he has become for most of the past decade.

"The other quality of Dale we will always remember is the way he celebrates every wicket he takes and the intensity with which he does it. Those veins tell us exactly what it means to him to take a wicket for his country. He is truly a proud South African.

"With his skill and natural athleticism there is no reason why he cannot go on to achieve the 500 wickets mark (a mark achieved by only 5 other bowlers) and beyond.

"We have been incredibly fortunate in the quality of the leaders of our attack we have had since unity, starting with Allan Donald and followed by Shaun Pollock, Makhaya Ntini and now Dale, all of whom have taken more than 300 wickets."