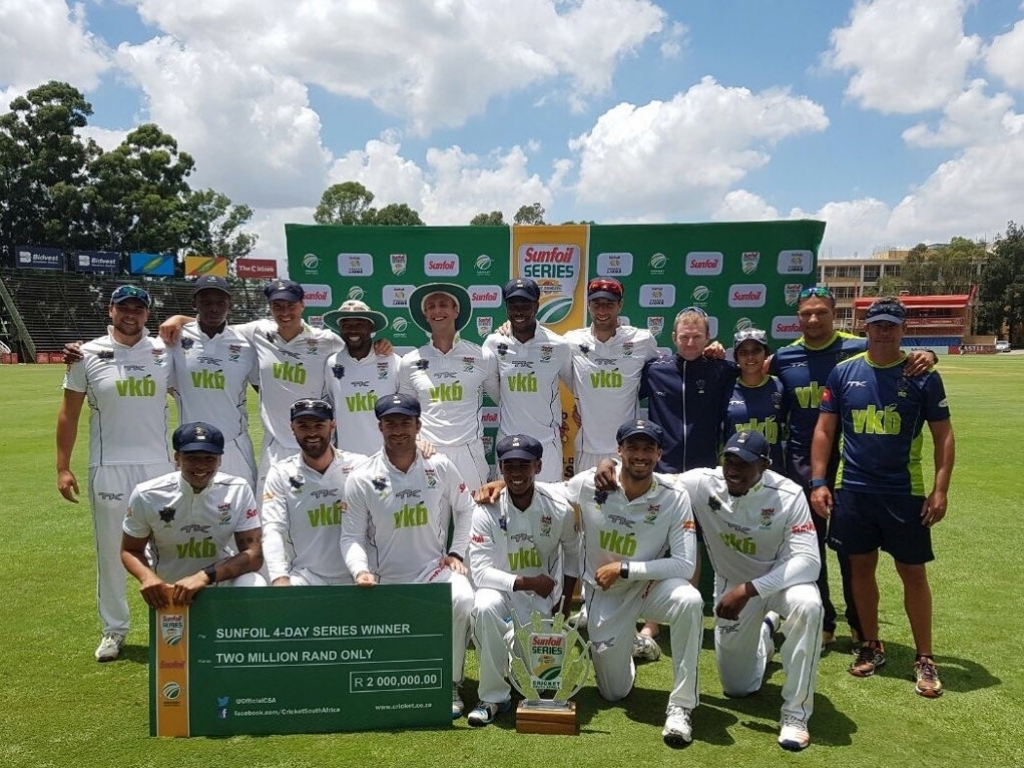 Cricket South Africa have congratulated the Knights on winning the Sunfoil Series for the first time in nine seasons.

The Knights claimed the trophy in champion style by beating the Highveld Lions by an innings in their final match to place themselves out of the reach of their nearest rivals, the Titans.

“They have played impressively throughout the season and proved themselves to be worthy champions,” commented CSA Chief Executive, Haroon Lorgat.

“It has been a wonderful competition that has gone right down to the wire and for the first time since the franchise system was introduced in 2004 every team was in contention almost up to the last day. This speaks volumes for the depth in our first-class system and its competitive nature.

“Once again it has served its premium purpose of playing its part in developing players who can go on to represent the Standard Bank Proteas with distinction. This season we have seen Keshav Maharaj, Tabraiz Shamsi and Duanne Olivier all graduate from four-day to five-day cricket.

“The competitive nature of this season’s Sunfoil Series has leant itself to attacking cricket and, although there have been fewer outright decisions than normal, caused in part by adverse weather conditions, I am very happy with the quality of cricket that has been played.

“I must repeat our great appreciation to the Willowton Group for the sponsorship through their Sunfoil brand. They not only sponsor our four-day competition but also our home Test Series and make a sizeable contribution to the development of our youth through the Sunfoil Education Trust,” concluded Mr. Lorgat.