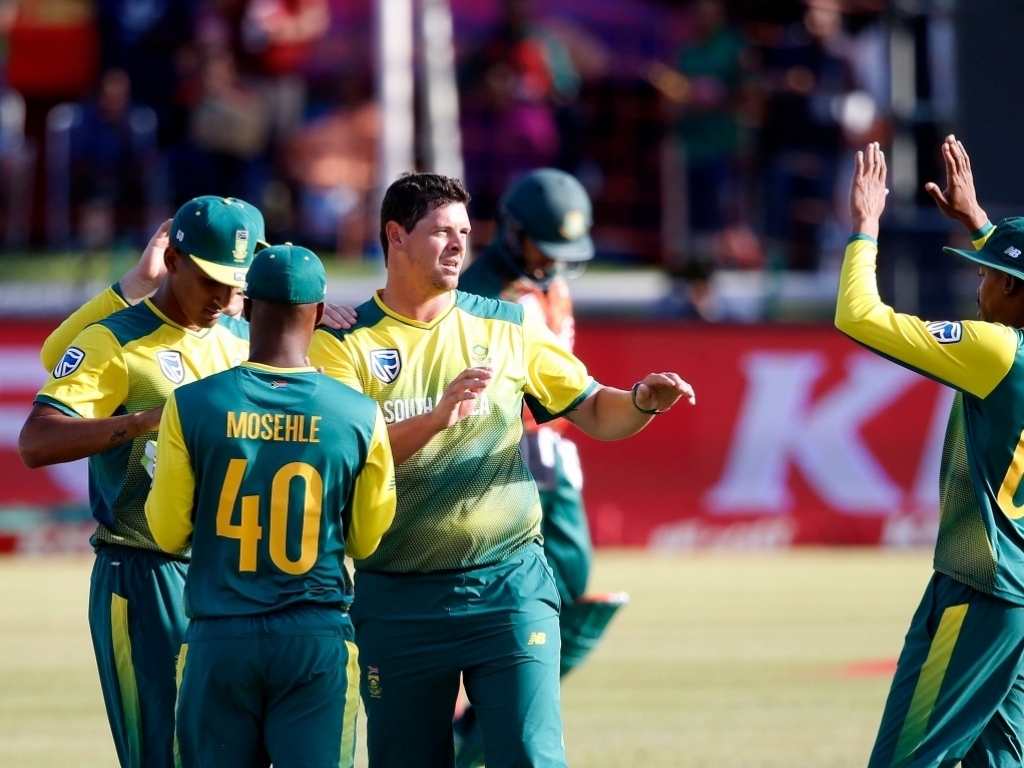 Cricket South Africa (CSA) congratulated the Proteas on their achievement in winning the T20 International series after they beat Bangladesh by 83 runs in the second game of the two-match series at Senwes Park on Sunday to clinch the series 2-0.

They won the first match by 20 runs at the Mangaung Oval on Thursday evening with the hosts also winning the two-match Test series two-nil and romping to a three-nil ODI series victory.

“This is another important step forward for our new leadership team headed by national head coach Ottis Gibson, Faf du Plessis as well as stand-in captain JP Duminy and congratulations are due to them and all the players and management staff,” commented CSA Acting Chief Executive, Thabang Moroe.

“It has been heartening to see the way responsibility has been given to some of the younger players to show that they can step up and broaden our talent pool.

“The time has come for us to move up the T20 rankings to the same level achieved by our Test and ODI squads and this forms part of this process.

“I would also like to thank and congratulate the Free State and North West unions that have hosted these matches. They have been extremely well supported,” concluded Mr. Moroe.

The Proteas’ next assignment will be the four-day day/night Boxing Day Test against Zimbabwe in Port Elizabeth before taking on India in a three-match Test series, starting in January.