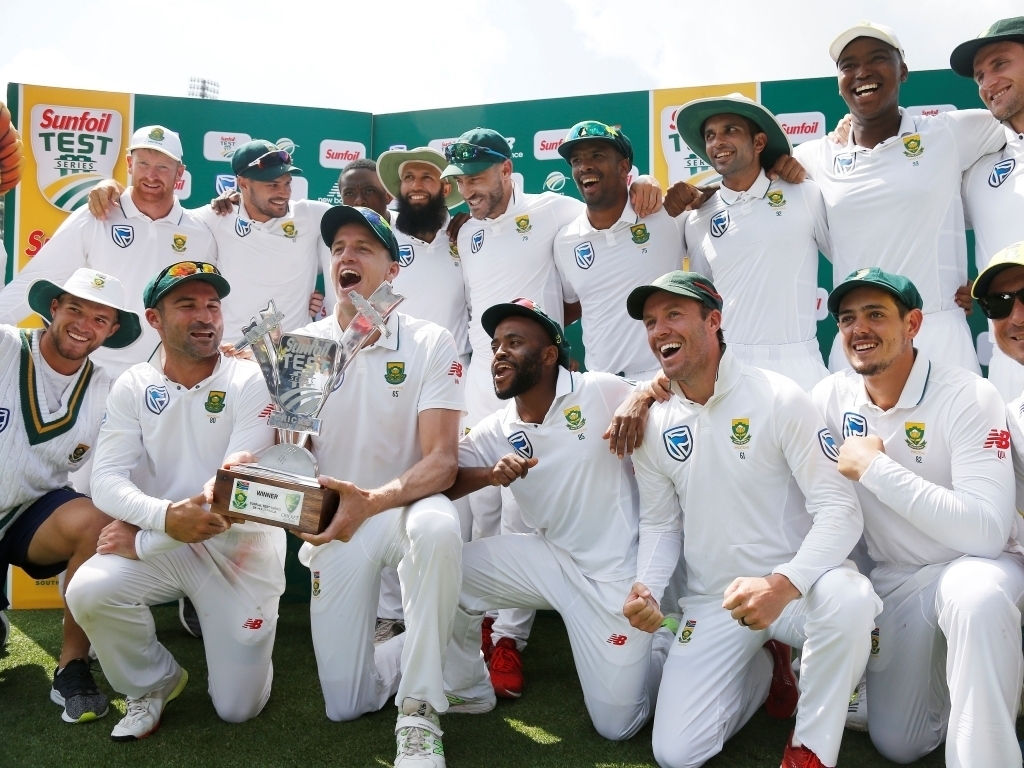 Cricket South Africa (CSA) has congratulated the Proteas on winning the Test series against Australia by a 3-1 margin after winning the final game by 492 runs at the Wanderers Stadium on Tuesday.

The winning margin (by runs) was South Africa’s biggest against all opponents.

“This is the first time we have won a home series against Australia since unity and to complete away and home series wins against them in the space of 17 months is a huge achievement.

“Faf is our first captain to achieve this and coming on top of the home series wins against India and Bangladesh earlier this season this completes an outstanding period of Test cricket for all involved.

“Indeed, apart from the ODI Series against India our boys have played consistently outstanding cricket over a long season.

“One must make special mention of Ottis as well in his first year in charge of our national side.

“This is also the time to thank Morne Morkel for his immense contribution to South African cricket over more than a decade and to wish him well in his future endeavours.

“What has been really pleasing is the number of new caps who have done outstandingly well across the three formats and this reflects well on our talent development pipeline.

“The Proteas can now head to Sri Lanka for their next Test series in the second half of the year, confident that they can continue to challenge India for the ICC No. 1 ranking in this format.

“Our fans and other stake holders can also look forward to another bumper season of Test cricket in 2018-19 when we host both Sri Lanka and Pakistan,” concluded Mr. Moroe.