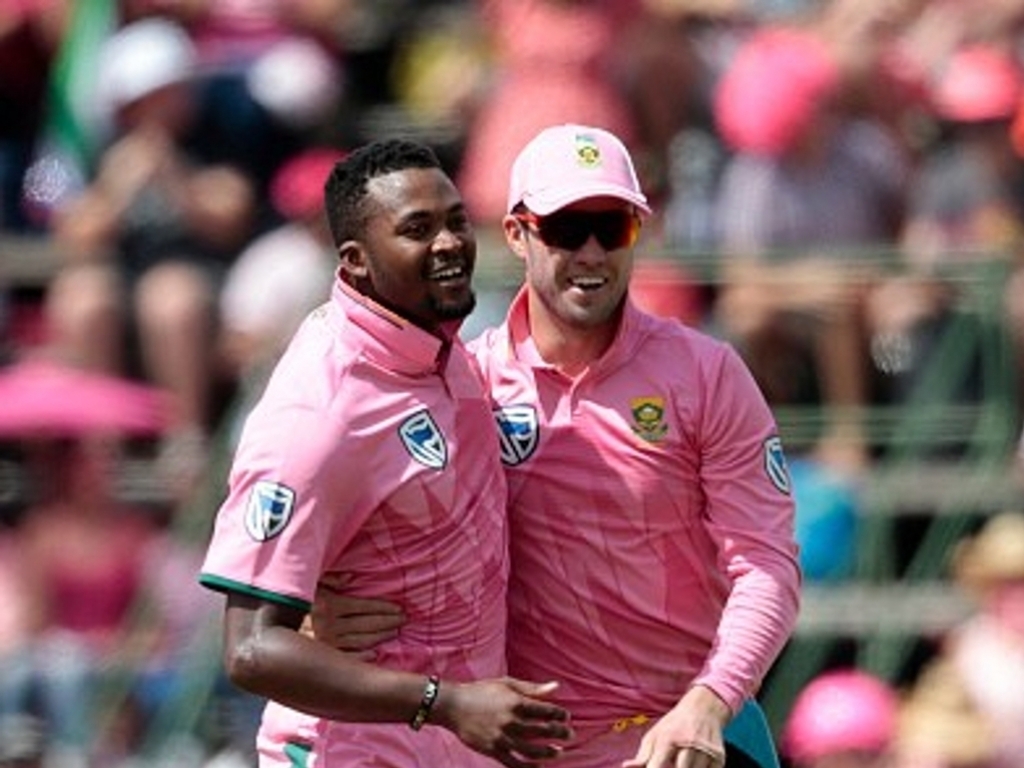 Cricket South Africa has congratulated the Proteas on taking a 3-0 winning lead over Sri Lanka in the five-match ODI series.

The Proteas won their third match in a row when they won the Pink Day ODI at the Wanderers Stadium by 7 wickets yesterday.

It also represents the 12th consecutive ODI the Proteas have won on home soil following their 3-2 come from behind series win against England, their one-off victory over Ireland and their 5-0 whitewash of Australia.

“Congratulations to our Proteas on another convincing victory,” commented CSA Chief Executive, Haroon Lorgat. “The winning run over the past eight months has been very impressive and augurs well as the team looks ahead to some tough away from home encounters.

“Our leadership team headed by coach Russell Domingo, captain AB de Villiers and stand-in captain Faf du Plessis deserve full credit as do every other member of our playing squad and management team.

“Congratulations also to Faf for reaching 100 ODI caps and it would have been special to achieve this milestone in front of a full house at the Wanderers.

“Compliments are also due to our fans, our sponsors, our host broadcasters SuperSport, the Gauteng Cricket Board as host and all the people who have worked tirelessly to make Pink Day such an overwhelming success year after year.

“With Pink Day now in its fifth year, it is clearly one of our special occasions and we are proud to be involved in such a worthwhile project,” concluded Mr. Lorgat.