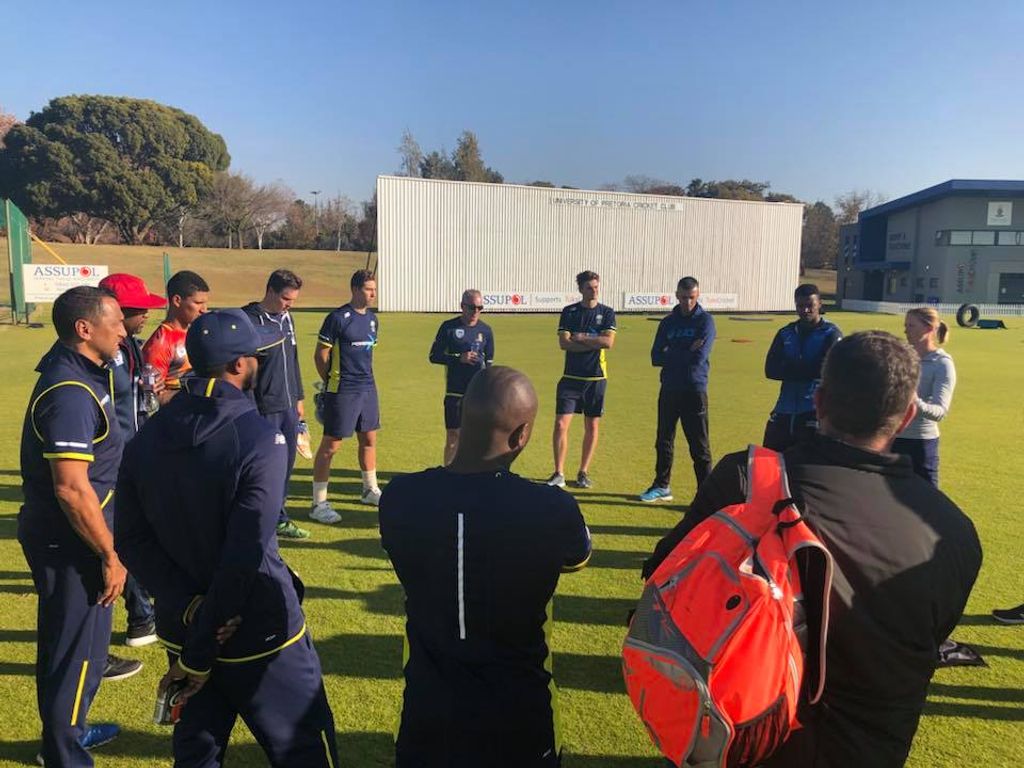 Cricket South Africa (CSA) hosted some of the country’s top fast bowlers at the annual Elite Fast Bowlers Group camp at the Powerade Centre of Excellence in Pretoria this week.

The crop of bowlers included national players Kagiso Rabada, Vernon Philander and Lungi Ngidi, along with some rising Franchise and Academy bowlers.

The players were taken through various activities focusing on skills, strategy, fitness and conditioning, including rehabilitation assistance.

The camp also provided the ideal preparation for the fast bowlers who will be touring the sub-continent next month, when the Proteas travel to Sri Lanka and South Africa A tours India.

The programme is aimed at widening the pool of elite seamers in South Africa, and was initially launched at the beginning of the 2017/18 season following a meeting between Proteas coach, Ottis Gibson, and the leading Franchise and High Performance coaches.

“One of the concerns for Ottis was the fast bowling stock in the country, as we had a few injuries at the time.” Vincent Barnes, CSA High-Performance Manager commented.

“It was then that we decided to develop this Elite Fast Bowlers Group to strengthen the depth of fast bowlers in the country and to help bowlers who are going through rehab.

“We have identified quite a number of bowlers,” Barnes added. “We have gone through some testing, particularly in April and last month, before bringing them here for this two-day camp.”

In the first year of its existence, the Elite Fast Bowlers Group programme has yielded some positive results, as Barnes looks to the quality of the current pool of fast bowlers within in the system, compared to this time last year.

“I’m quite excited, especially if you look at where we were in October last year with the national team and where we are now,” he continued. “We are taking a fantastic bowling line-up to Sri Lanka.

“There are also quite a lot of young and exciting fast bowlers in the ‘A’ side and I am also quite impressed with the bowlers coming out of the (CSA Powerade National) Academy side. So hopefully, they will be pushing for a spot in the national side soon.” Barnes concluded.

Titans bowler, Junior Dala – who recently received his maiden ODI call-up for the Proteas’ tour to Sri Lanka next month- was one of the fast bowlers identified for the Elite Bowling Group last season.

The right-armer began the 2017/18 campaign with a few injury concerns and he credits the help of the High-Performance staff, along with the national and franchise coaches and physiotherapists for not only helping with his rehabilitation process, but also the efforts to improve his overall game.

“It’s all constituted towards improvement,” Dala said. “It is a great initiative by CSA. We had coaches fly in from all around the country, all working together to help us improve our game.

“It showed that last season, a lot of batters thought I was just a quick bowler without much variation.

“I surprised a lot of batsmen by incorporating that (variation) into my game. So this year, It’s just about improving those skills and making sure I am better than I was last season.” Dala concluded.

The Elite Fast Bowlers Group initiative will continue throughout the season, with Barnes heading the High-Performance support staff as they monitor the identified group of fast bowlers while in constant communication with the various franchise coaches and fitness trainers.