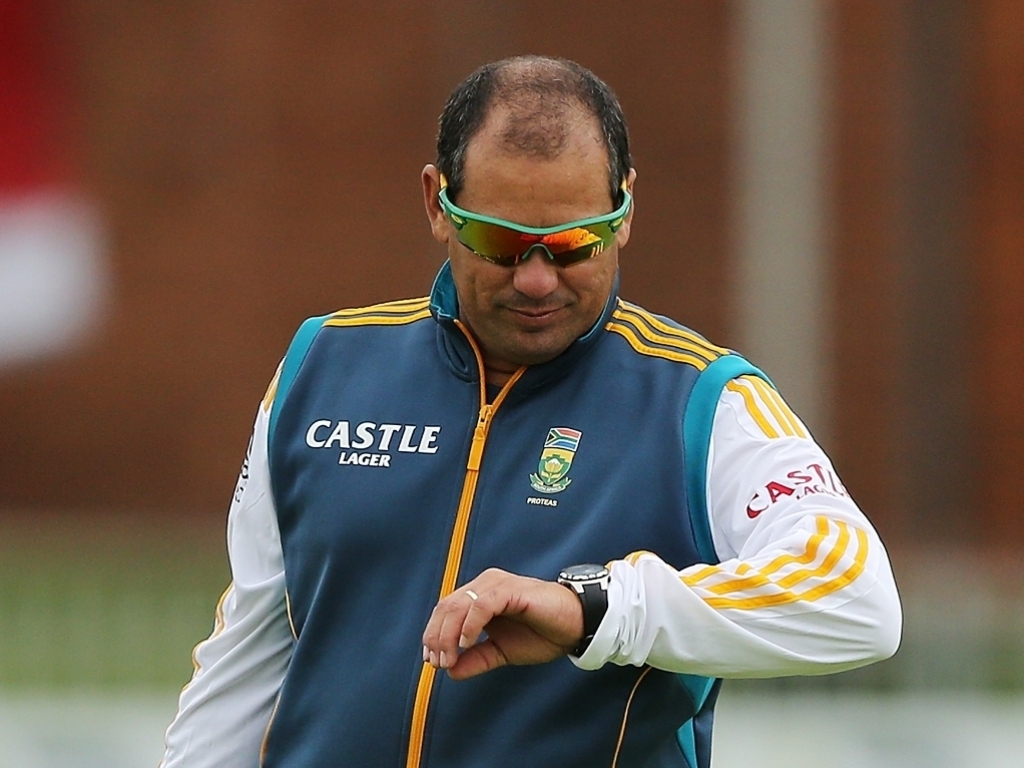 Cricket South Africa extended the contract of head coach Rusell Domingo until after the tour of England later this year in October 2016.

Should Domingo wish to keep the job beyond that point though, he will need to reapply for the role and complete an interview and assessment process.

In a release regarding a review into domestic cricket in South Africa CSA said: “The Board of Directors also resolved to commence the recruitment process for the appointment of the Proteas Head Coach to take charge after the tour to the UK until after the 2019 edition of the ICC World Cup.”

Domingo took over from Gary Kirsten as the national team coach in a process that began in 2012 but would only be completed in 2013.

The coach has led South Africa to a ODI series whitewash over Australia and a Test series win away against the same opponents but was under pressure not so long ago after Test series defeats to India and England and a poor run in limited overs cricket.

Domingo could count himself lucky that a review into the performance of the national team scheduled to take place late last year was postponed and performances of late have added a more respectable shine to his tenure, which has seen an upturn in South Africa’s cricket odds.

It is unclear how Domingo will react to the news that he will have to reapply for the position and he has not indicated as yet whether or not he will apply.