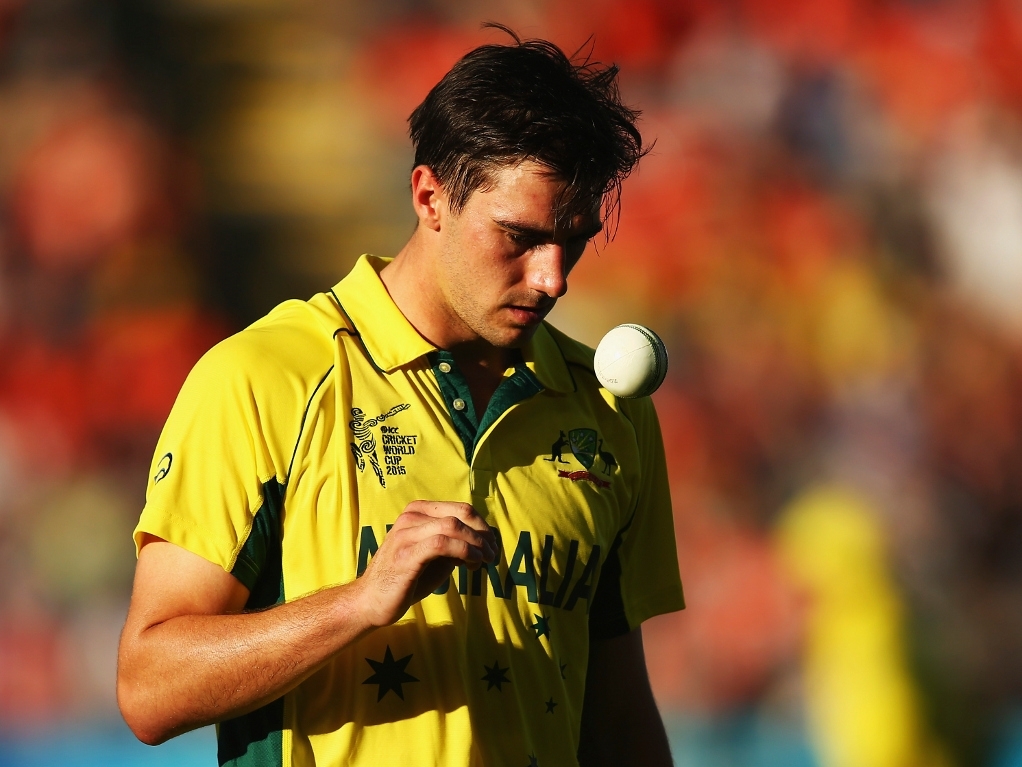 Australia fast bowler Pat Cummins is looking forward to his side's World Cup quarter-final in Adelaide on Friday, saying the quick and true track will suit him and his fellow pacemen.

Cummins has stepped into the side as the third paceman, beating out Josh Hazlewood to partner the Mitchells, and played in tow matches during the group stage, taking five wickets. He hopes to impress if give a chance at the Oval.

Cummins told the Cricket Australia website of the Adelaide experience: "I've played two games this year there and it's been great. It's been fast and bouncy both games I've played there.

"It's been probably close to the quickest wicket I've played on this year I reckon so with a few of us guys trying to bowl quicker I think it's going to favour us.

"In one-dayers (the way they are currently played) is to let the middle overs run through and batsmen try and accumulate plenty of singles.

"So I think with fast bowlers you can try and rough them up or have a bit more flexibility of trying to be aggressive through those middle overs and hopefully it's one thing that sets us apart.

"(Also) having most of our games in Australia, the bouncer is really important.

"You can bowl two of them an over and if you execute it well you can defend it pretty well or it can be a dot ball which, especially towards the end of an innings, can be gold.

"So it's definitely something I think we're going to continue using."

The paceman, so prone to injury, has been setting hearts a flutter with his strange habit of falling over when he hits the delivery stride, with his right foot slipping out form under him. But he doesn't seem concerned by it, despite his fragile lower back and side.

He explained when asked if it worried him: "It's more the opposite, I've done it about six or seven times now so the more I do it the less worried I get. But it's something that I should stop doing.

"My back foot just kind of lands on one of the spikes (in his right boot) every ball and if I bowl one that's just slightly a bit further it slides underneath me.

"But I've done it enough not to get too worried about it."