Home News Cummins in for Gabriel in Windies squad

Cummins in for Gabriel in Windies squad 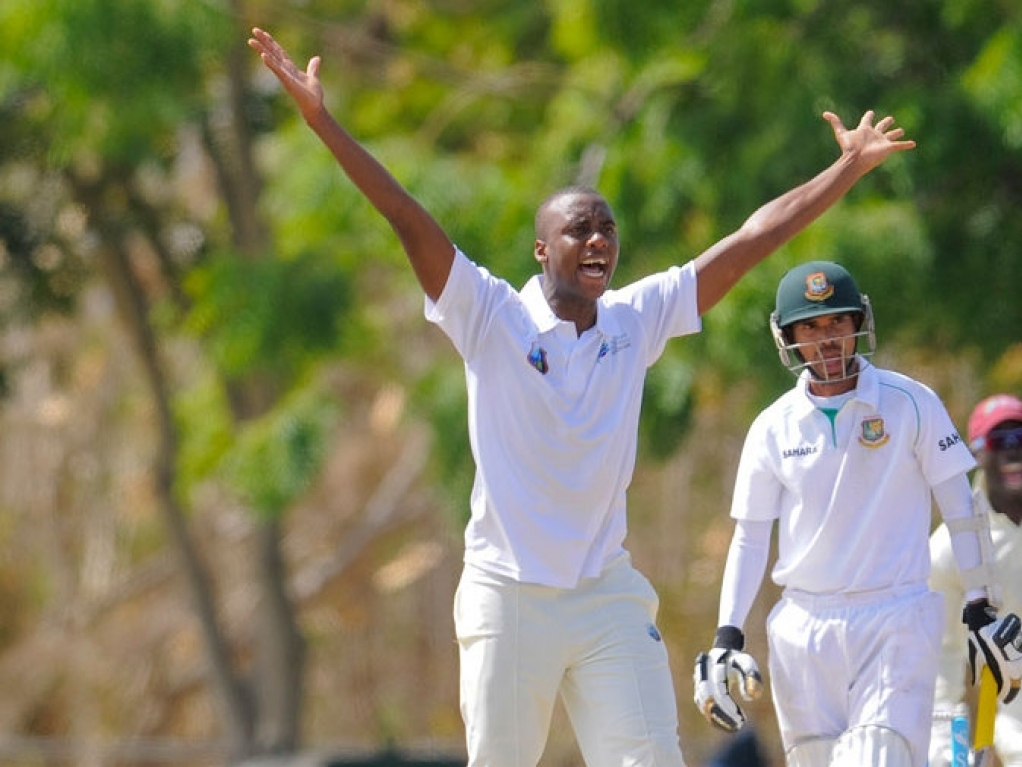 West Indies have added fast bowler Miguel Cummins to their Test squad to replace the injured Shannon Gabriel for the final two games on their Australia tour.

Gabriel sustained an ankle injury on the first day of the first Test against the Aussies in Hobart and has been ruled out of the rest of the series.

The 25 year-old Cummins is uncapped at Test level but has played in one ODI for the Windies, against Ireland in Kingston in 2014.

A right-arm paceman, Cummins has taken 99 wickets in 36 first-class matches at an average of 22.83 and has played against Australia before, for a WICB Board XI in Antigua, and claimed the wicket of opening batsman Chris Rogers.

In the current West Indies first-class domestic season, Cummins sits 11th on the wickets list but third among fast bowlers with 16 wickets at 20.43 for Barbados.

West Indies lost the first Test in Hobart heavily with the second game starting in Melbourne on Boxing Day.