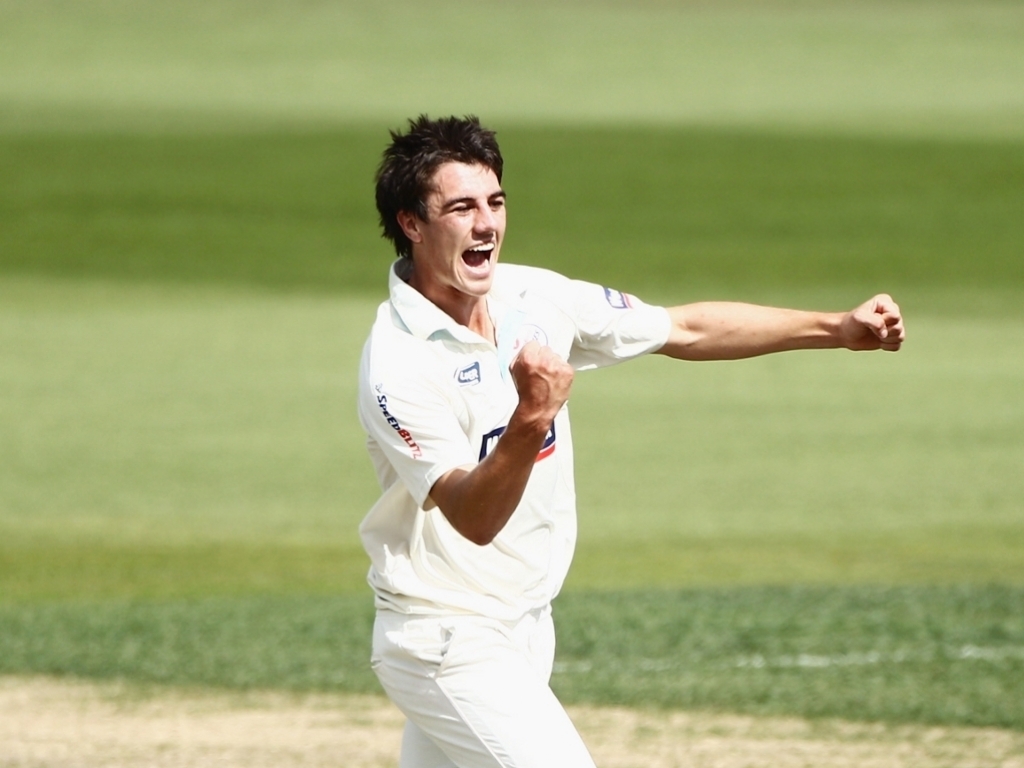 Australia fast bowler Pat Cummins feels he is far more prepared to play Test cricket than he was ahead of his debut against the Proteas at the Wanderers in 2011.

Cummins career looked like it might be over before it began as a string of injuries saw him sidelined for extensive periods and he has been unable to follow up on his fantastic debut.

The quick took a five-for in South Africa’s second innings to help set up an epic two wicket victory,

The paceman told gathered press ahead of the Ranchi Test: “It feels like so much has happened in that five or six years.

“But I think since that day, this is easily the most prepared that I’ve been for a Test match.

“In terms of body, form, the length that I’ve been playing the last few months.

“Over here it’s not great bowler-friendly wickets for quicks, which means more likely I won’t bowl too many overs.

“I felt like I tried to bowl with a bit more rhythm in the Shield game (against South Australia last week) than potentially I have done in the ODIs, where I run in and try and bowl as fast as I can every ball.

“I felt like I could bowl six or seven overs in a spell pretty easily and the pace felt like it was coming out pretty good.

“I’ve bowled a lot of overs, a lot of times I’ve had to back up day after day, and the body has been recovering really well.

“So the summer’s pretty much as well as it could have and I feel as ready as I ever have been.”

The Sydneysider admits that despite being told he was on standby for the tour the call up caught him off-guard.

Cummins was called into the squad to replace premier quick bowler Mitchell Starc who suffered a stress fracture in his foot and has been sent home to recover.

He said: “I knew I was in standby for tour a couple of months ago, but thought the (current Test fast) bowlers wouldn’t bowl too many overs and not get injured

“I always had an eye on the Ashes next (summer), thinking that I had to play three or four (Sheffield) Shield games to put my hand up for selection.

“So it’s certainly come a lot quicker, but I always thought I’d get back here.”

Cummins feels that bending his back and hitting the deck hard will be the best plan of attack on wickets that are unlikely to offer much seam movement.

The express pace he is capable of could catapult him ahead of Jackson Bird, who was named as the third seamer in the original group but hasn’t played in either of the first two Tests.

Cummins would add: “I’ll have to speak with Smithy and a couple of the coaches if I do get a game, but it looks like they (Australia’s quicks) will just bowl shorter spells and go absolutely flat out.

“While there might not be seam and swing, hopefully some reverse swing and hitting the deck hard has worked for those two (Starc and Hazlewood) so hopefully it’s going to be a similar plan.

“Anyone who bowls those speeds (above 145km/h) is going to get a batsman hopping around.

“So I think all of that work in tandem with the other bowlers, and especially the spinners.

“More than anything else it’s not releasing some of that scoreboard pressure.

“There are ruts in the game when it just looks impossible to score runs, so it’s just about us trying to bowl quick and put the pressure on.”

The third Test gets underway in Ranchi on March 20 with Australia anticipating another turning track.