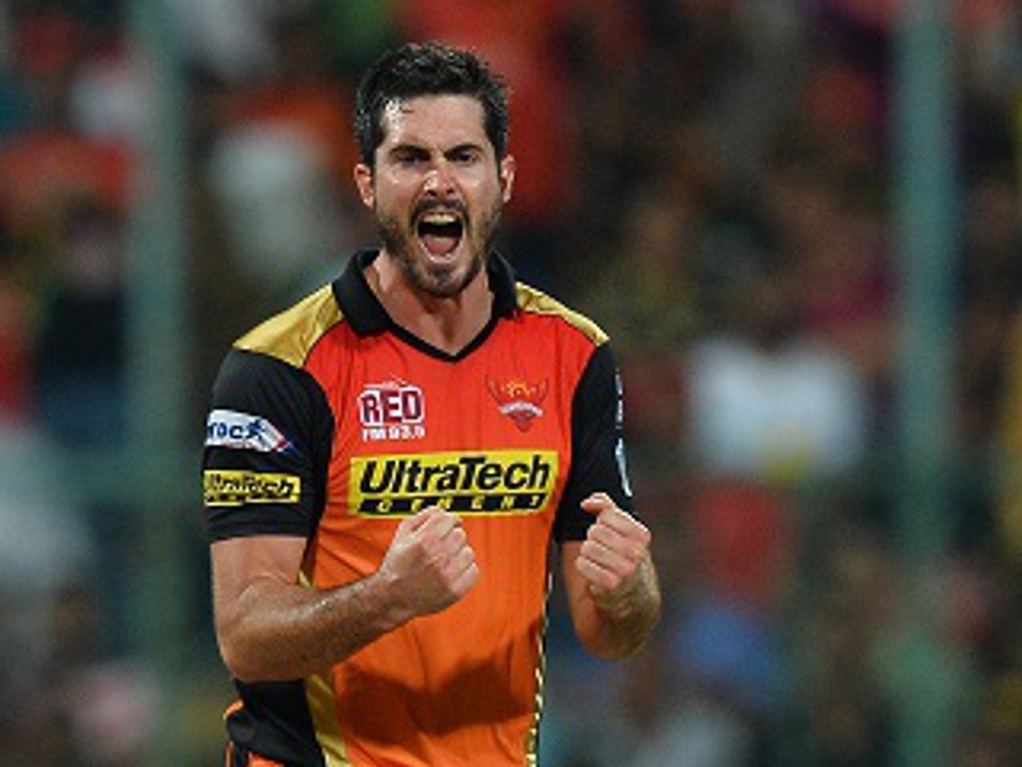 Australia all-rounder Ben Cutting has revealed that he feared he'd miss the entire IPL season with Sunrisers Hyderabad, after struggling to get healthy after falling ill in India.

When Cutting arrived for the 2016 edition he got sick, and was bedridden for 10 days. He was finally ready to play in mid-May, and made an immediate impact, including in the final where he was Man of the Match.

Cutting's 39 not out off 15 balls helped the Sunrisers score their 208, and then he took two vital wickets, mainly Chris Gayle's, during the chase as Bangalore failed to reach the target.

The Aussie said of his illness fears on the CA website: "A couple of weeks ago I was really sick and I didn't leave my bed for 10 days and didn't think I was playing IPL this season.

"To get the last couple of games and then finish with in the final was really pleasing.

"It was good to get out there and swing a few for the boys. It has been a couple of lean games with the bat so it was nice to do it when it counted."

Gayle and Virat Kohli put on a century stand in the chase, but Cutting's removal of the West Indian changed the course of the match.

He said of the wicket: "When Gayle is in that sort of mood and when he has someone like Kohli with him, it is pretty hard to control them especially, in Bangalore with the ground so small and the outfield lightning quick.

"So we had to try different things and while some worked the others didn't. But that’s the nature of T20 cricket. It will be up and down all 20 over and we saw how a wicket can change the game."