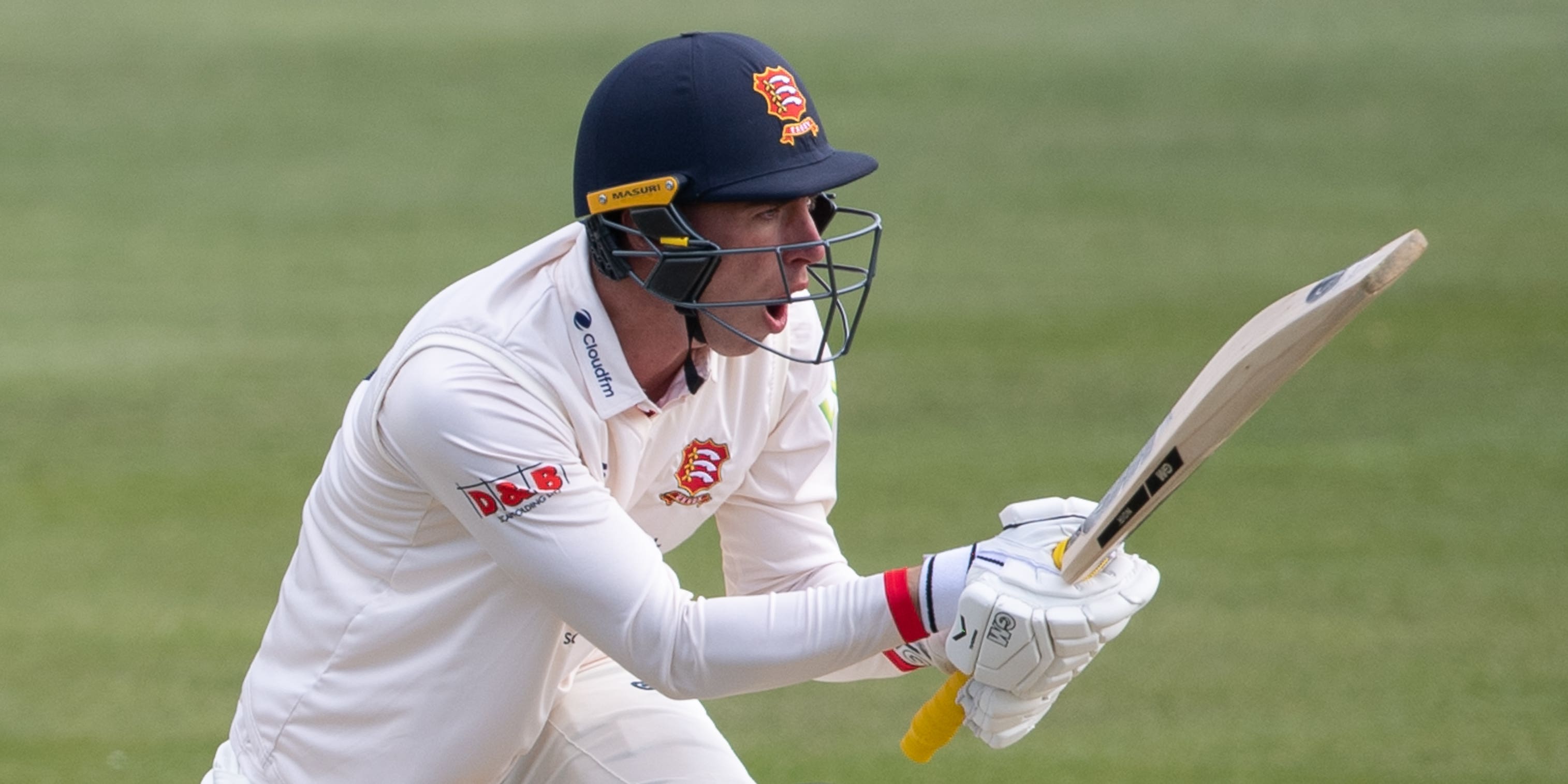 Dan Lawrence went into one-day mode with 16 fours and six sixes in his 152 not out from just 133 balls as Essex made up for lost time on the second day of their LV= Insurance County Championship clash against Derbyshire.

Following a first day washout, Essex put Derbyshire’s bowlers to the sword after they were invited to bat first, racking up 412 for three declared from just 76 overs, with Lawrence taking centre stage at Chelmsford.

After openers Nick Browne (59) and Sir Alastair Cook (58) put on 137, Lawrence combined with Essex captain Tom Westley in a mammoth 221-run stand that only ended when the latter holed out for 106 off Matt Critchley.

It was a rare moment of relief on a chastening day for Critchley, who conceded 87 in 12 overs, the last of which saw Lawrence launch the leg-spinner for three successive sixes and then a four to bring up his 150.

Lawrence, who reached three figures off just 112 balls before going up a gear, will be hoping to retain his spot in the England side for the first Test against New Zealand next month, so this was a timely knock.

Lawrence then claimed the wicket of Derbyshire captain Billy Godleman after opening the bowling alongside Simon Harmer as Essex went for spin at both ends. Derbyshire ended a forgettable day on 35 for three.

Zak Crawley, another England batsman aiming to face the Black Caps, registered an unbeaten fifty to help Kent into a slender lead against Sussex at the halfway point of their match at Hove.

Sussex were all out for 256 in response to Kent’s first-innings 145 before Jofra Archer was back in the wickets at the start of the visitors’ second effort, trapping Jordan Cox on the crease.

Chris Rushworth moved level with Graham Onions as Durham’s all-time leading wicket-taker in first-class cricket with five for 56 as Durham seized the upper hand against Worcestershire at Chester-le-Street.

Rushworth equalled his former team-mate’s haul of 527 wickets to restrict Worcestershire to 213 all out in reply to their opponents’ 246. Mark Wood took one for 47 before Durham went to stumps on 79 for one – a lead of 112.

Joe Root resisted Glamorgan’s bowlers following a top-order wobble from Yorkshire, who skittled their opponents for 149 at Cardiff after deciding to field first before slipping to 10 for three then 36 for four.

England’s Test captain was still there on 34 not out from Yorkshire’s 69 for four on a day where 14 wickets fell, increasing the likelihood of a result despite there being no play on the first day.

Kyle Abbott took six for 44 as Middlesex were all out for 172 at Lord’s, where Hampshire slipped to nine for three then 67 for five before James Vince’s half-century steadied proceedings.

Vince, though, fell for 62 after being cleaned up by teenage seamer Blake Cullen shortly before the close, while Ethan Bamber’s three-wicket haul helped put the squeeze on the south coast county, who closed on 131 for seven.

Rory Burns made 55 while Ollie Pope was out for 33 as Surrey posted 191 for four against Somerset at Taunton.

Rain had wiped out the prospect of play on the opening day and after Somerset decided to field first, Lewis Gregory took two for 60 to reach 300 first-class wickets at Taunton.