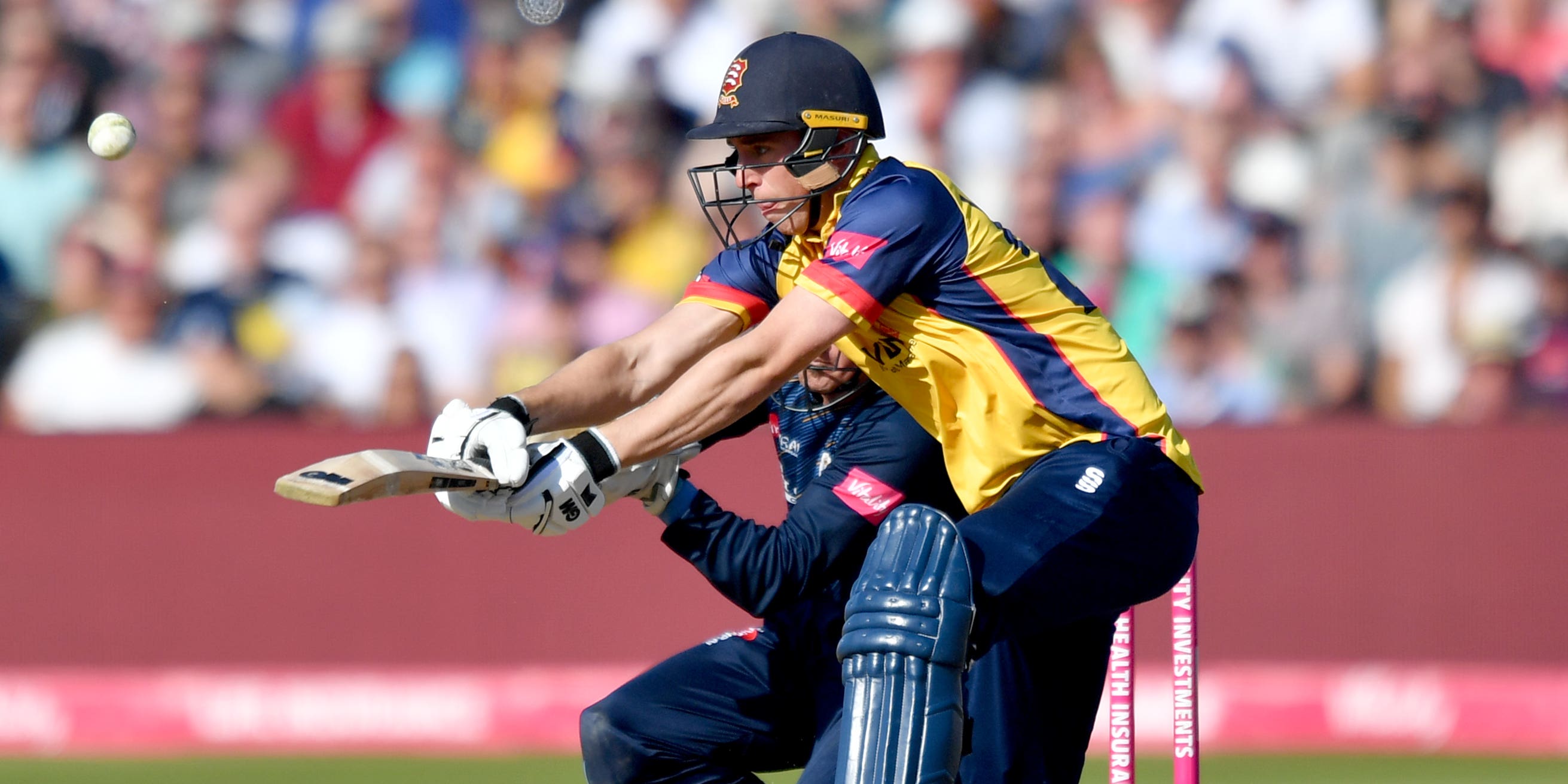 Dan Lawrence produced his second Vitality Blast fifty of the season as Essex cantered to an eight-wicket victory over depleted Glamorgan.

Essex were only chasing 105 after an all-round frugal bowling and fielding display stunted the visitors, who had four key players unavailable.

But Lawrence took charge of the chase with 55 off 31 balls, after a 70-run stand with Adam Wheater, to make sure Essex cruised to victory with 46 balls to spare.

The Eagles registered their fourth win in their last five Blast matches to keep alive their hopes of regaining the trophy, while all but distinguishing Glamorgan’s chances of a place in the knockouts.

A half-century from Samit Patel saw North Group leaders Nottinghamshire home by six wickets with 13 balls to spare as Leicestershire slumped to an eighth Blast defeat of the season.

Patel hit six fours and three sixes in his unbeaten 63 and shared a 99-run fourth-wicket stand with Ben Slater, who made 48 from 31 balls in his first Twenty20 match for three years as the Outlaws chased down a target of 155, the Foxes dropping three catches on a poor night in the field.

Leg-spinner Calvin Harrison took three for 20 and Luke Fletcher three for 31 as the Foxes were bowled out for 154 in precisely 20 overs, Harry Swindells top-scoring with 36, Aaron Lilley and Ben Mike each hitting 27.

The Outlaws were forced to make three changes with Tom Moores unwell and both Joe Clarke and Sol Budinger obliged to seek Covid tests after being alerted by the NHS app.

Nathan Sowter produced his best Blast figures of the season as Middlesex’s bowlers staged an impressive fightback to see off Sussex by 63 runs.

The leg-spinner finished with three for 13, while teenage seamer Blake Cullen returned a career-best three for 21 as Middlesex defended a score of 166 for seven at Lord’s.

That total was concentrated around Stephen Eskinazi’s 59 from 35 balls, making him the tournament’s leading scorer, although Middlesex still looked light on runs.

But the Sharks, whose quarter-final hopes had already been dented by five washouts in their previous six matches, could only muster 103 for nine in reply.

Lancashire’s fourth win in 10 North Group games moved them above Worcestershire into fifth place via run-rate and just a point outside the top four.

Unbeaten Jones top-scored with 49 off 33 balls in Lightning’s 159 for six having elected to bat, with the 25-year-old steering a recovery from a mid-innings stutter.

Left-arm spinner Hartley, 23, then returned a brilliant four for 16 as the Rapids were bowled out for 125 with nine balls remaining.

It was a first T20 victory for Somerset at Bristol since 2015 and it lifted them into the South Group’s top four.

Gregory’s five for 24 helped Somerset hold their hosts to 161 for seven before Conway passed 50 for a third time in four innings to deliver a very comfortable victory, despite only getting home with four balls to spare.

Gloucestershire were left to rue a poor drop by wicketkeeper James Bracey when Conway was on eight in the opening over. Conway also survived a mighty close lbw against Tom Smith on 35.