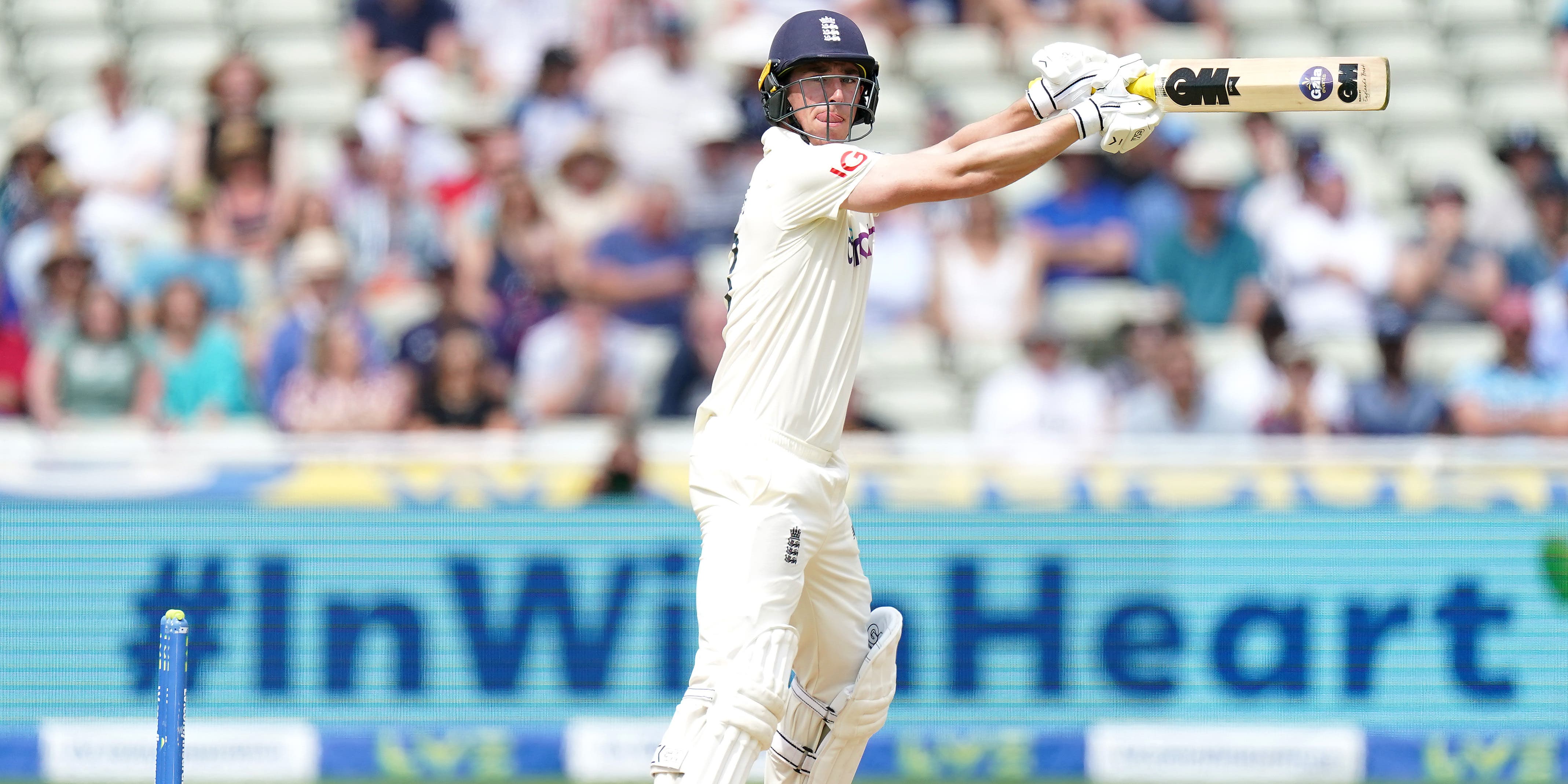 Dan Lawrence was left stranded on 81 not out as England were dismissed by for 303 by New Zealand on the second morning of the second Test at Edgbaston.

England had started on 258 for seven and added another 45 runs in good time, before Stuart Broad pinned Black Caps skipper Tom Latham lbw to leave the tourists 43 for one at lunch.

Lawrence resumed on 67 and would have woken with hopes of a maiden international century in his seventh Test, but quickly found himself playing an unlikely second fiddle to Mark Wood.

The Durham quick had blocked out for stumps on the first evening but came out in fifth gear, crashing six boundaries in the first 20 minutes to give the Birmingham crowd some early entertainment.

He started by caressing Trent Boult through the covers for a boundary but kept the Kiwis on their toes by pulling a couple more and guiding one delicately over the slips.

Lawrence had barely had a look in by the time he was cleaned up for 41 by Matt Henry and his hopes of reaching three figures further diminished when Broad was caught behind for nought.

James Anderson’s arrival at number 11 brought a standing ovation from the 18,000 in attendance, an acknowledgement of his record-breaking 162nd cap rather than his batting ability, and left Lawrence with a limited window.

He did his best to manipulate the strike and picked up his 12th and 13th boundaries along the way, but, despite reaching his career-best score, he was still 19 short of three figures when Anderson was lbw to become Boult’s fourth scalp.

England’s bowlers were given a competitive score to bowl at and after six overs Broad landed the first blow, coming round the wicket to the left-handed Latham and trapping him plumb in front.

His joy turned to visible frustration when Devon Conway, a double centurion on debut last week, was given not out after Zak Crawley appeared to take a clean catch at third slip.

Broad was visibly angry when the on-field umpires sent a ‘soft signal’ that the ball had not carried and continued to show his frustration when third umpire Michael Gough agreed.

It was a surprisingly quick verdict and not obviously the correct one, but Broad’s father Chris is the match referee for this game and could be moved to discipline his son.