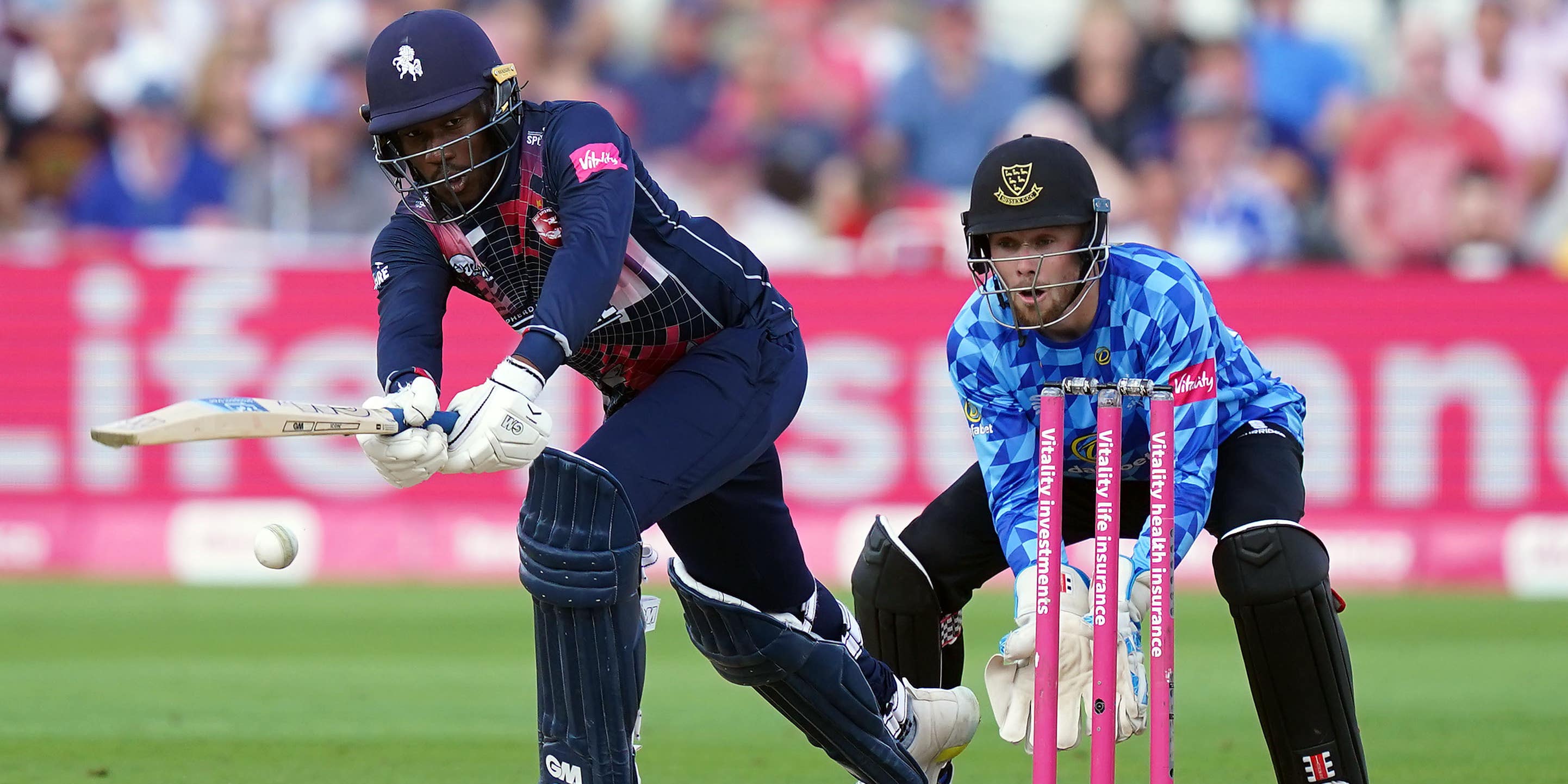 Daniel Bell-Drummond and Darren Stevens propelled Kent into the Vitality Blast final and a showdown with Somerset on Saturday night after a 21-run victory over Sussex at Edgbaston.

Bell-Drummond took centre stage at the top of the order with a stylish 82 from 51 balls while Stevens, who won this competition with Leicestershire in 2004, showed plenty of guile to help Kent post 168 for eight.

The 45-year-old struck 47 not out from 28 balls and then snared David Wiese with his first ball in the reply, with Sussex’s chase undermined by the regular clatter of wickets as they stumbled to 147 all out after 19.1 overs.

While Tymal Mills collected three wickets and Sussex team-mate George Garton followed up his two for 24 with a belligerent 41 off 23 deliveries in an impressive all-round display, it is Kent who reached their first final since 2008.

Zak Crawley and Joe Denly were unable to make much of an impression, both succumbing to Garton, whose fellow left-armer Mills came in for some punishment when he was introduced.

With his radar off, Bell-Drummond warmed to his task by taking 18 from the over, which ended with an attempted slower ball yorker deposited straight for six.

Kent’s 53 for two after the powerplay was almost singlehandedly down to Bell-Drummond and he brought up a 29-ball fifty in the ninth over, before clobbering a free hit over deep midwicket off Ravi Bopara, who three balls later disturbed the stumps of Sam Billings for 14.

It was the first of three wickets to fall in the space of five balls, with Mills re-entering the attack and proving why he is back in the England fold for the T20 World Cup. A 90mph rocket beat the defences of Jack Leaning and from the next delivery Mills located the outside edge of the flat-footed Jordan Cox.

A hat-trick eluded Mills, who had his third wicket in the last over after Grant Stewart was caught behind, but only after Stevens provided some much-needed support to Bell-Drummond, who holed out in the 17th over off Chris Jordan.

There were few brutal blows from the evergreen Stevens but he was still there at the finish and going along at a decent lick, with seven fours in his unbeaten knock, as Kent recorded the highest total of the day so far.

Wickets tumbling at regular intervals kept Sussex continually on the back foot in their chase.

The Lancashire-bound Phil Salt was the first to go after a thick edge flew to Billings off Fred Klaassen, who had his second scalp when Leaning took a superb diving catch at deep point to see off Delray Rawlins.

Luke Wright under-edged on to his stumps and Stevens made an impact with his first ball when Wiese dragged on before Qais Ahmad located the outside edge of Bopara for 22 to leave Sussex on 57 for five after 8.4 overs.

Unlike Somerset’s lower-order rescue act earlier on in the day, there was no way back for Sussex, despite an enterprising innings from Garton which contained three meaty legside sixes. But after he sliced to short third man with 50 still needed from the last 26, Sussex subsided.