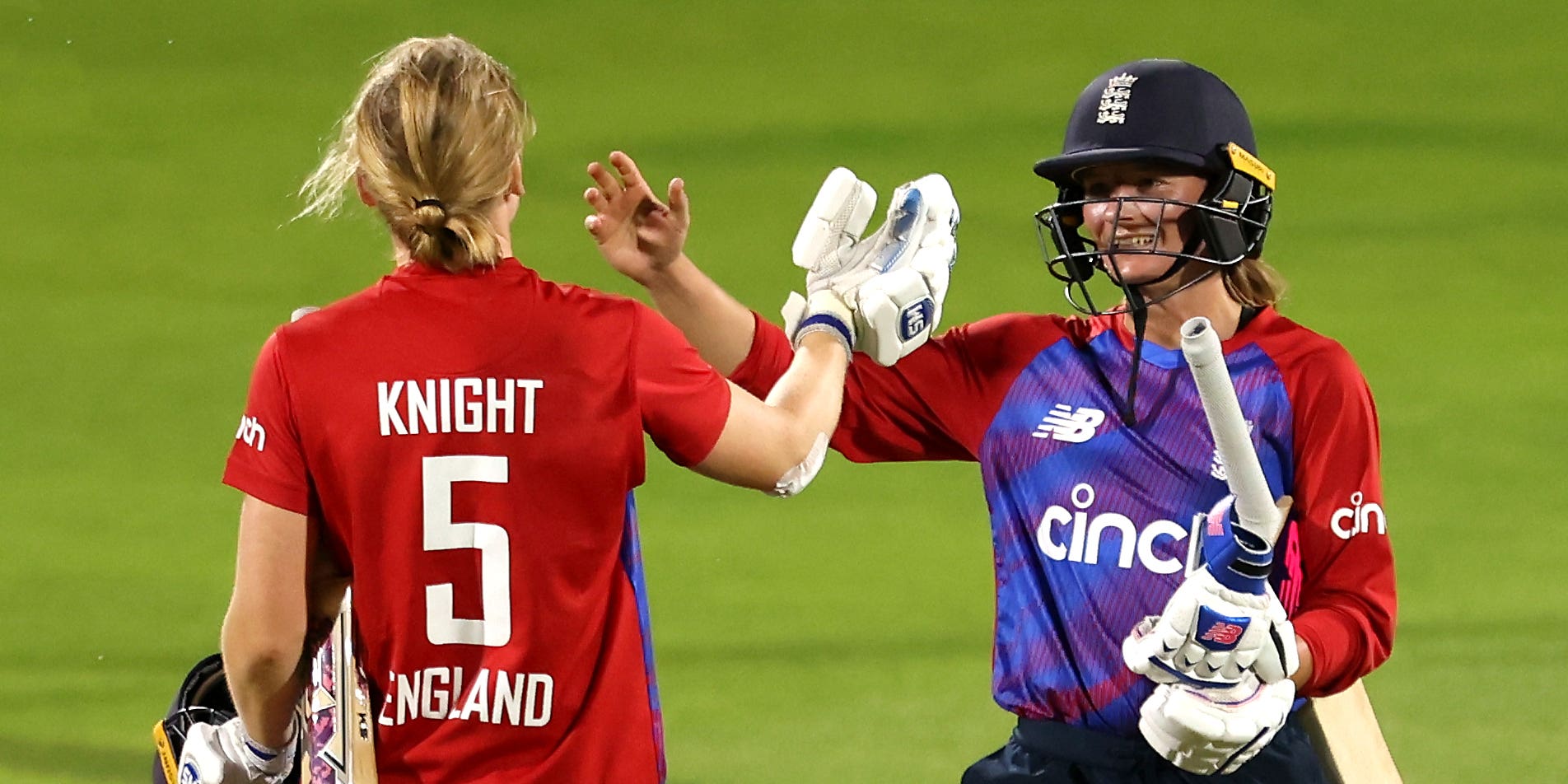 Wyatt’s 56-ball contribution, which included 12 fours and a six, steered her side to an eight-wicket triumph with eight balls to spare to clinch the series 10-6.

Wyatt and Nat Sciver put on 112 for the second wicket with skipper Heather Knight joining Wyatt at the crease after Sciver’s departure for 42 to ease their side to 154 for two as an Indian attack blunted by an injury to opening bowler Arundhati Reddy while fielding was unable to make in-roads.

Wyatt told BBC Sport: “I was really pleased with the way it went tonight. It was a really nice wicket.

“I thought our bowlers bowled really well to restrict them to that total and I just batted sensibly and just played to my strengths.

“I love nights like tonight and to get a series win as well just makes it even better.”

Opener Smriti Mandhana had earlier anchored the tourists’ innings with a fine 70 off 51 balls, which included two sixes and eight fours, before she holed out to Sciver at deep midwicket.

Skipper Harmanpreet Kaur provided the early support and had scored 36 from 26 balls when she was trapped in front by Sciver.

Wicketkeeper Richa Ghosh helped to restore momentum in the wake of their departures with a quick-fire 20 to push the score to 153 for six from their full allocation before becoming the last of three victims for Sophie Ecclestone.