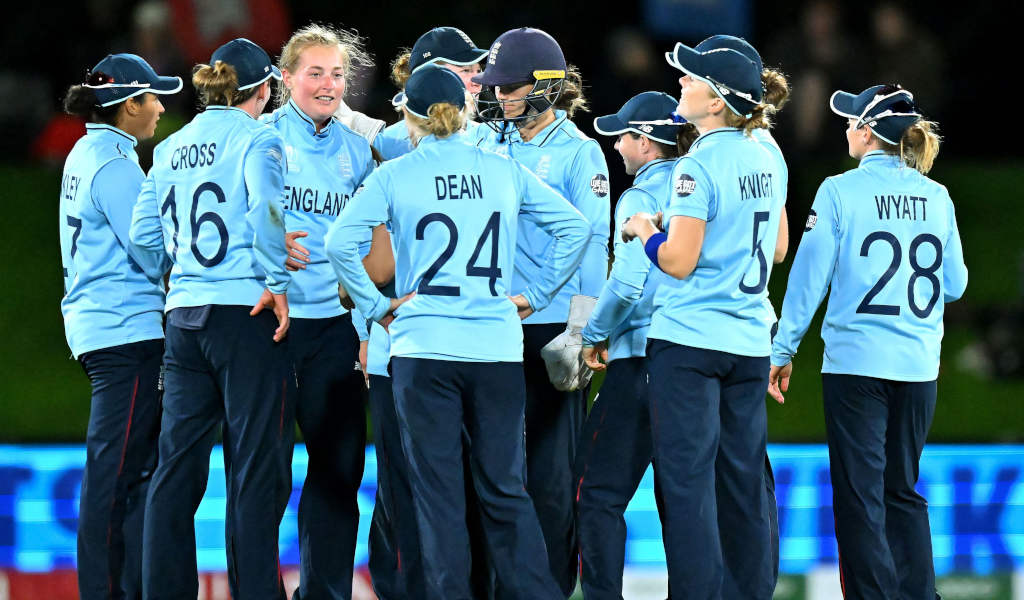 Wyatt struck a maiden World Cup century in England’s 293 for eight before Ecclestone finished with figures of six for 26 from eight overs, her maiden international five-for, as the Proteas were bowled out for 156.

After opening the tournament with three consecutive losses, a fifth straight victory helped Heather Knight’s side set up a showpiece with Australia.

Wyatt believes Ecclestone will add to her tally of five-fors, with the number one one-day international bowler just 22 years old.

“Soph bowled exceptionally well again today, she’s an absolute ‘GOAT’ and I’m so chuffed for her,” the England opener said.

“That’s going to be the first of many five-fors and she was absolutely unplayable today, especially with that pace and dip, a bit of turn as well that she was getting.

“I actually said to Nat (Sciver) on the pitch how she would go in men’s international cricket, I think she’s bowling exceptionally well at the minute and she’s not fun to face in the nets that’s for sure.”

Wyatt was dropped eight times on her way to 129 from 125 deliveries, including a memorable 116-run fifth-wicket stand alongside Sophie Dunkley, who made 60.

Wyatt, who missed out on playing in England’s 2017 World Cup final victory, was pleased with her contribution in the semi.

“Obviously really chuffed with how it went today, woke up this morning and really wanted to contribute to a win today and that’s what happened,” Wyatt said.

“Obviously got dropped a few times but that’s cricket and you’ve got to cash in on days like today, so really happy with how it went.”