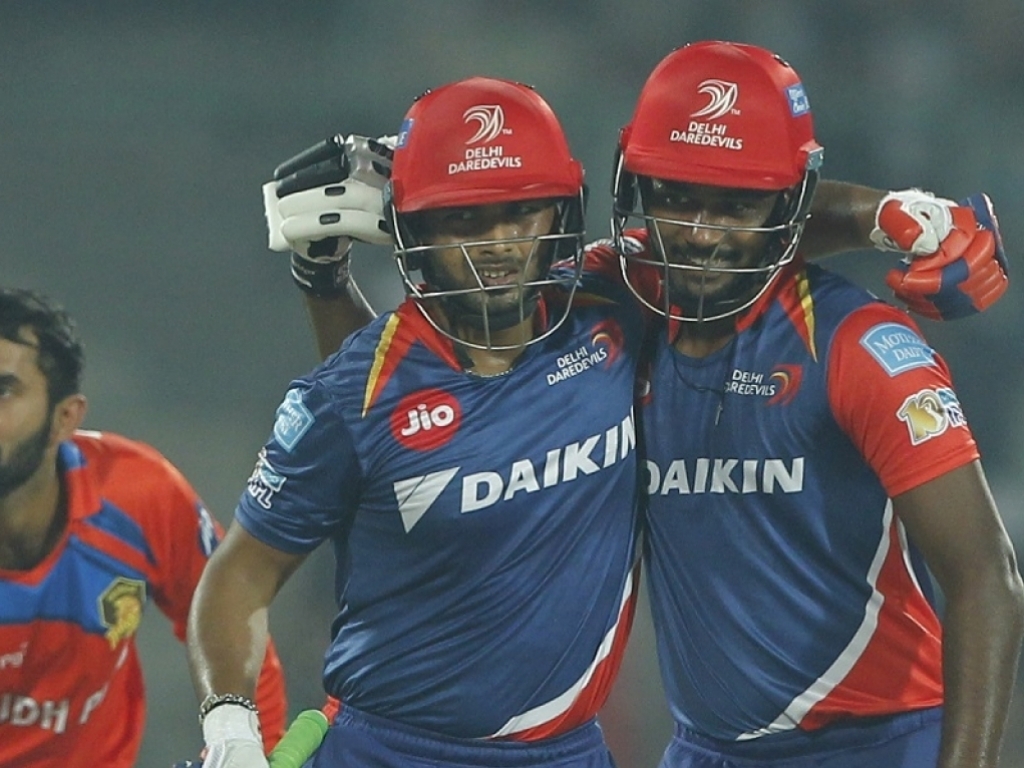 The Delhi Daredevils resurgence continued with a convincing seven-wicket triumph over the Gujarat Lions, in Thursday’s key Indian Premier League fixture at the Feroz Shah Kotla.

The result elevated the Daredevils from the very bottom of the 2017 tournament’s eight-team standings to a promising sixth position, while the Lions slipped to second last.

Pursuing a daunting 209-run target, the hosts triumphed with all of 15 balls to spare, thanks largely to wicketkeeper-batsman Rishabh Pant’s swashbuckling near century.

Pant struck an entertaining 97 from a mere 43 deliveries, which included a sextet of fours and a whopping nine towering sixes.

He was well supported in-form opener Sanju Sansom, whose great stretch of form continued with a masterful 61.

Earlier, Gujarat’s 208 for seven had been built on the back of commanding half-centuries from captain Suresh Raina and sidekick Dinesh Karthik.

Delhi’s successful chase was the second highest in the 10-season history of the competition.

“Amazing performance, one of the best partnerships I’ve ever seen. You can’t have a plan when you’re chasing that much, just have to go from ball one. We spoke about playing with freedom and not worrying about the fear of failure. The fear of getting out goes out the way, you then just watch and hit the ball,” enthused victorious skipper Karun Nair, who is standing in for injured captain Zaheer Khan.