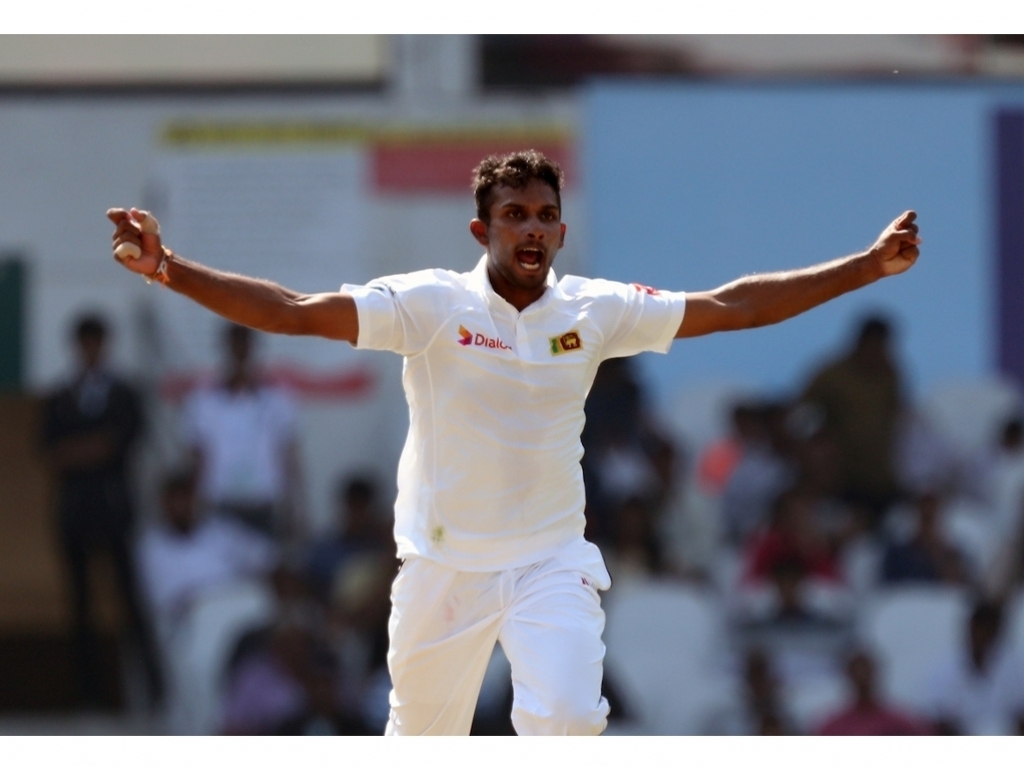 Sri Lanka fast bowler Dasun Shanaka has been fined 75 per cent of his match fee for breaching Level 2 of the ICC Code of Conduct.

The offence took place during the second day’s play in the Nagpur Test against India on Saturday.

Shanaka was found to have breached Article 2.2.9 of the ICC Code of Conduct for Players and Player Support Personnel, which relates to “changing the condition of the ball in breach of clause 41.3.”

In addition to the fine for his breach of Article 2.2.9, three demerit points have been added to Shanaka’s disciplinary record. Pursuant to Article 7.6 of the Code, if Shanaka reaches four or more demerit points within a 24-month period, they will be converted into suspension points and he will be banned.

Two suspension points equate to a ban from one Test or two ODIs or two T20Is.

The incident that led to the charge being laid took place in the 50th over of India’s first innings on Saturday afternoon when Shanaka was seen on television picking up an area on the ball next to the seam several times.

After the day’s play, Shanaka admitted the offence and accepted the sanction proposed by David Boon of the Emirates Elite Panel of ICC Match Referees and, as such, there was no need for a formal hearing.

Commenting on his decision, Mr Boon said: “These are early days in Dasun’s career and I am sure this sanction will ensure he is more careful when maintaining the condition of the ball in the future.”

All Level 2 breaches carry a minimum penalty of a fine of between 50-100 per cent of the applicable match fee and/or up to two suspension points.

Demerit Points to remain on a player’s disciplinary record for a period of twenty-four months from their imposition following which they will be expunged.