Home News Davids: I knew I was there on merit

Davids: I knew I was there on merit 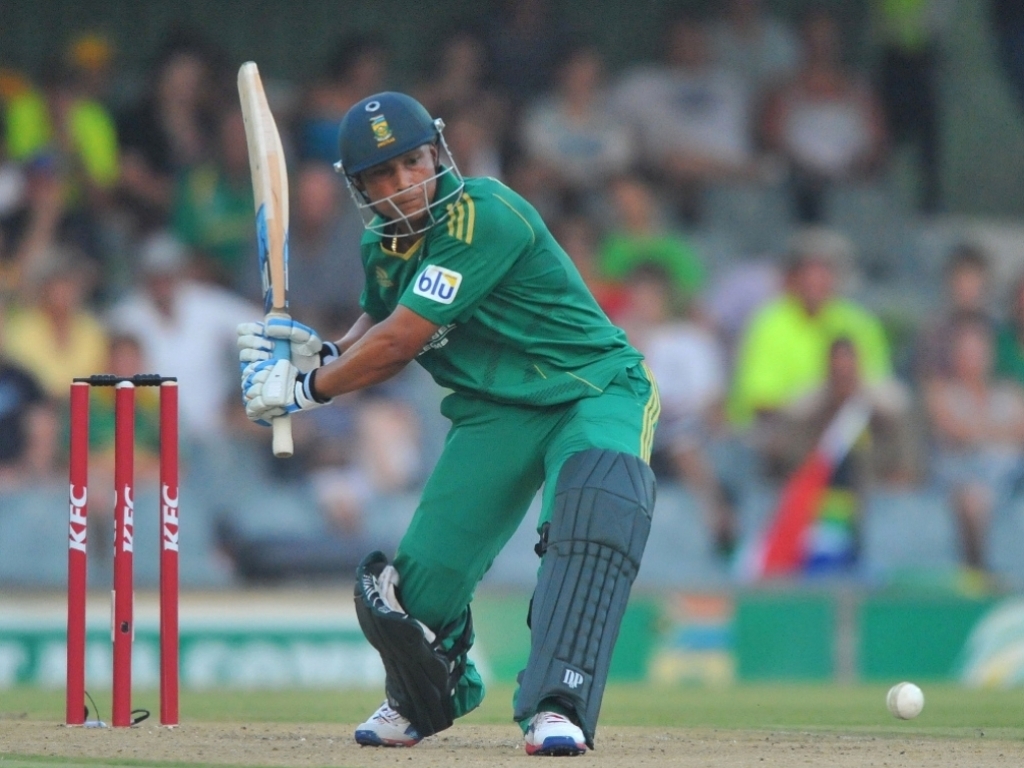 I find Henry Davids sat next to his pool at his St Lucian hotel. He is in excellent spirits although he tells me he has had some sleepless nights thanks to jetlag that wouldn't go away.

He is in the West Indies to play his second season with the St Lucia Zouks in the Caribbean Premier League. He is delighted to be there, and as you soak up the 30 degree heat and beach side views you can understand why.

Davids told Cricket365: "I'm loving it. It is good to be back here. I was here last year. To be honest this is the best cricket experience of my life, apart from being picked for South Africa. For cricketing reasons, I have always wanted to play cricket in the Caribbean and it is all I have been dreaming of."

His season for the Titans in South African cricket has been a mixed bag. He had some personal success but in the T20 competition the team didn't match his returns.

"We finished last in our Ram Slam competition." Davids said. "I was the second highest run scorer in the whole competition. You think if you have a guy in the top ten run scorers you will do well, and we had two I think, and we still didn't make the playoffs. Which we haven't been used to because we have always been up there or there abouts."

As cricket fans and administrators in England debate furiously about reducing the number of sides in their domestic competition in South Africa they have a third as many. Some have argued that this has meant that talented cricketers have ended up outside the system.

"There are six franchises, so six professional teams," Davids said. "I think the standard is very good, but there are a lot of good guys missing out. But you don't want to make it too much. If they want to increase the number of teams then maybe by one to seven, because there is a lot of competition and that keeps the standard as high as it is."

With a successful season in T20 cricket at home Davids certainly hasn't ruled out a return to international cricket.

"I would definitely want to play for South Africa again. It would be great playing for the national team again, it was a dream come true. It was an awesome experience representing your country and a lot of emotion coming with it as well and a lot of pride too.

"The CPL is also another stepping stone, there is a T20 World Cup next year, but I am not looking too far ahead. I am at the stage of my career that if it happens it happens. But this is also an opportunity to enhance my chances of getting in the team."

For those of us outside South Africa the first time that we saw Davids was playing in the now all but defunct Champions League T20. He is disappointed that the competition is going as he says it was a great opportunity for those involved.

"I think it is very sad that the Champions League is gone. For normal cricketers, the guys that never play international cricket, it is the closest you can get to representing your country. For guys coming from different countries around the world it is an awesome show case. I don't want to go into what is the reason behind all of it, I just think it is sad for cricket all round. It was a great tournament.

"You always want to compete and compare yourself against the best in the world, for guys that will never play international cricket I think that is a great show case. You play against the best players in the world in the biggest showcase most of the guys will ever get to. It is an awesome way to test yourself."

The hot button topic when it comes to South African cricket right now is alleged quotas following the inclusion of Vernon Philander in the team for the World Cup semi-final against New Zealand. Davids told me that when he was in the national set up a policy regarding representation of players of colour was never discussed.

"When I played for the national team there was never a thing that said we have to play two or three players of colour. I have never heard that. And even going around South Africa now there is still speculation that this is what happened but it is just speculation. I can't say for certain because I have no proof.

"If it did happen [at the World Cup] I think it was handled the wrong way. I think Vernon should have played, that is my opinion, everyone has their own opinion. I think someone else should have been dropped.

"We are a diverse country at the moment and there are things that are being done that should have been done earlier. I don't like talking about it, but it is a reality that we have to face and have to deal with. If you are going to bitch and moan about it as players you are pulling the back end of the string."

If there is a quota then, for Davids, it should be an upfront and open policy.

"I think they should just be honest about it," he told me. "If you speak to most players of colour, black Africans or whatever, they will say they want to play because they are good enough, because they are the best player.

"I started off in the Western Cape before I moved to the Titans and at the Cobras we played eight players of colour. We were supposed to have three. I knew then I was there on merit, I was there because I was good enough. And we were one of the better teams in the country, we were always in the top two. So that's a good place to have. There are other franchises where there is not a lot of depth in that department."

So what should have been done to make things move along quicker? Davids says it is about creating a cricketing culture in new areas.

"I think they should have started coaching outside traditional cricketing areas a long time ago. Do it where you go to schools very early on, primary schools is where you get players of colour to go on to good schools early on in their career.

"Mostly there is not a lot of cricket culture in the black communities, it is more soccer, and rugby to a certain extent. So if you get the guys to go to school where they can start with cricket very early the culture changes, so they have a different perspective going forward.

"Most of the players do come from the big schools. Parents mark you out as having talent and they get them to go to the big schools. Some parents can't afford it but some of the guys get a bursary and stuff. It is big plus for them for the quality of schooling and coaching that they get."

Davids entry into cricket came from family ties with his father and elder brother both massive fans of the sport. Having that culture of cricket playing embedded in your family life is so important for the sport to be considered both a pastime and a profession.

"My whole family was cricket orientated. I started playing cricket when I was six years old with guys that were twelve years old. It was a big age difference, my brother was five years older than me so I used to play with him and his friends, although they didn't want to play with me. My parents saw there was something there because I was beating the ball around against them."

Davids is clearly not ready to give up on playing cricket and representing his country. He says he would love to play county cricket and at the IPL, but for now he says he is enjoying life. As he returned to his lounger next to the pool you could see why.

Henry Davids is playing for the St Lucia Zouks in the Hero Caribbean Premier League. The Biggest Party in Sport runs from 20th June to 26th July.