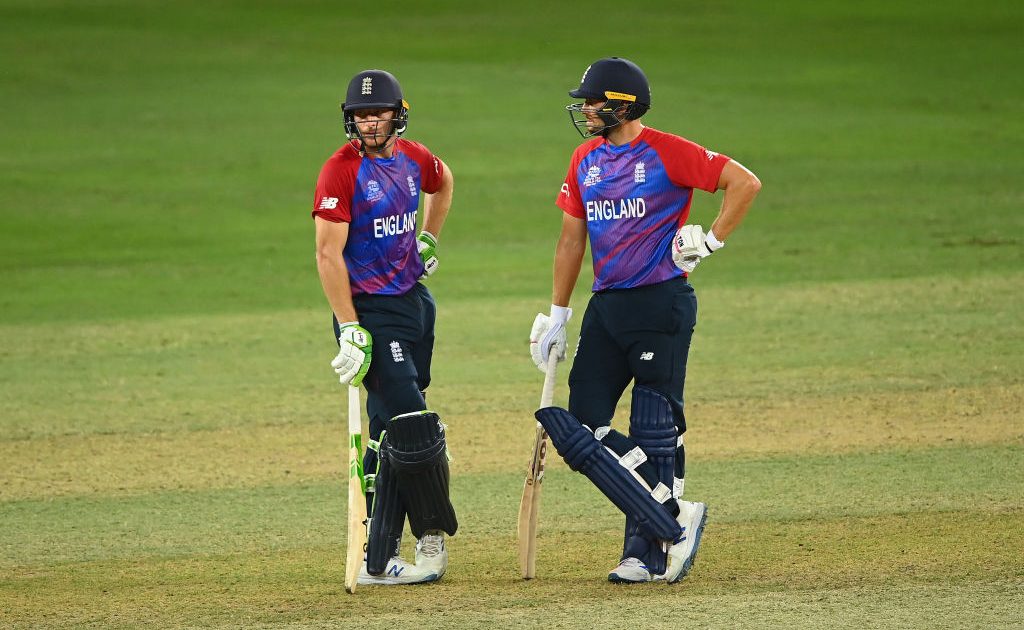 Dawid Malan may be ranked second in the world Twenty20 batting rankings but even he is in awe when he watches England team-mate Jos Buttler in full flow.

Malan’s 14-month stint atop the International Cricket Council standings in the format was ended as he was replaced by Pakistan captain Babar Azam on Wednesday, having averaged just 25.83 in 15 T20 matches this year.

Whereas Malan has had a quiet start to the T20 World Cup, Buttler followed up an unbeaten 71 off 32 balls against Australia with 101 not out off 67 deliveries against Sri Lanka – remarkably his maiden T20 international century.

And while Malan himself is a proven match-winner for England and one of only six batters in history whose T20 international average is north of 40, he admitted he is envious of what Buttler can do at his devastating best.

“Jos when he gets going is an absolute freak,” Malan said. “You don’t know where to bowl to him. You bowl a full length and he hits for six, you bowl short and he hits you for six. He can scoop, he hits you all round the ground.

“You need about 15 fielders when he’s playing as well as he does and some more over the ropes. I sit there watching him and think ‘I wish I could do that’. That’s how well he hits the ball and that’s how good he is.

“It’s an inspiration to all of us to watch him keep getting better and keep improving. I think the one good thing about this England team is that everyone shares the knowledge with each other.

“If there’s anything I want to know, I think he’s happy to share and take it to the nets and teach you some things that work for him, and it’s up to you whether it works for you or not. That’s why this England team keeps growing.”

Malan had an inkling Buttler was in the groove after watching him in the nets during a pre-tournament training camp in Oman for those England players not involved in the conclusion of the Indian Premier League.

“Everyone at this level hits the ball well and clean but there’s a different sound with Jos. When I first joined the England squad, one of the things that everyone said was that when Jos range hits, everyone stops and watches – just because he hits the ball differently.

“It was a little bit like that when, every time he batted, you watched and admired how cleanly he was hitting the ball and how loudly it sounded off the bat.”

Buttler’s form has led England to the brink of the semi-finals and even defeat in their final Super 12s contest against South Africa in Sharjah on Saturday is unlikely to have too much of an impact due to their net run-rate.

That was given a boost in England’s first game in their hammering of the West Indies, where Malan was curiously shuffled down from number three in the order and ultimately went unused as the big-hitters took centre stage.

“As much as I’d love to have gone out and batted, putting the team first is probably the ethos of the team,” Malan said. “We got our run-rate up there which was good and we won the game and that’s all that matters.”

Malan, speaking before the ICC’s latest rankings update, has registered scores of 28 not out, eight and six so far in the tournament but he averages 65.5 with a strike-rate of 160.73 in five previous innings against South Africa.

“The conditions will be totally different, it’s going to be a different challenge,” Malan added. “But it does always give you confidence when you’ve done well against a team before.”