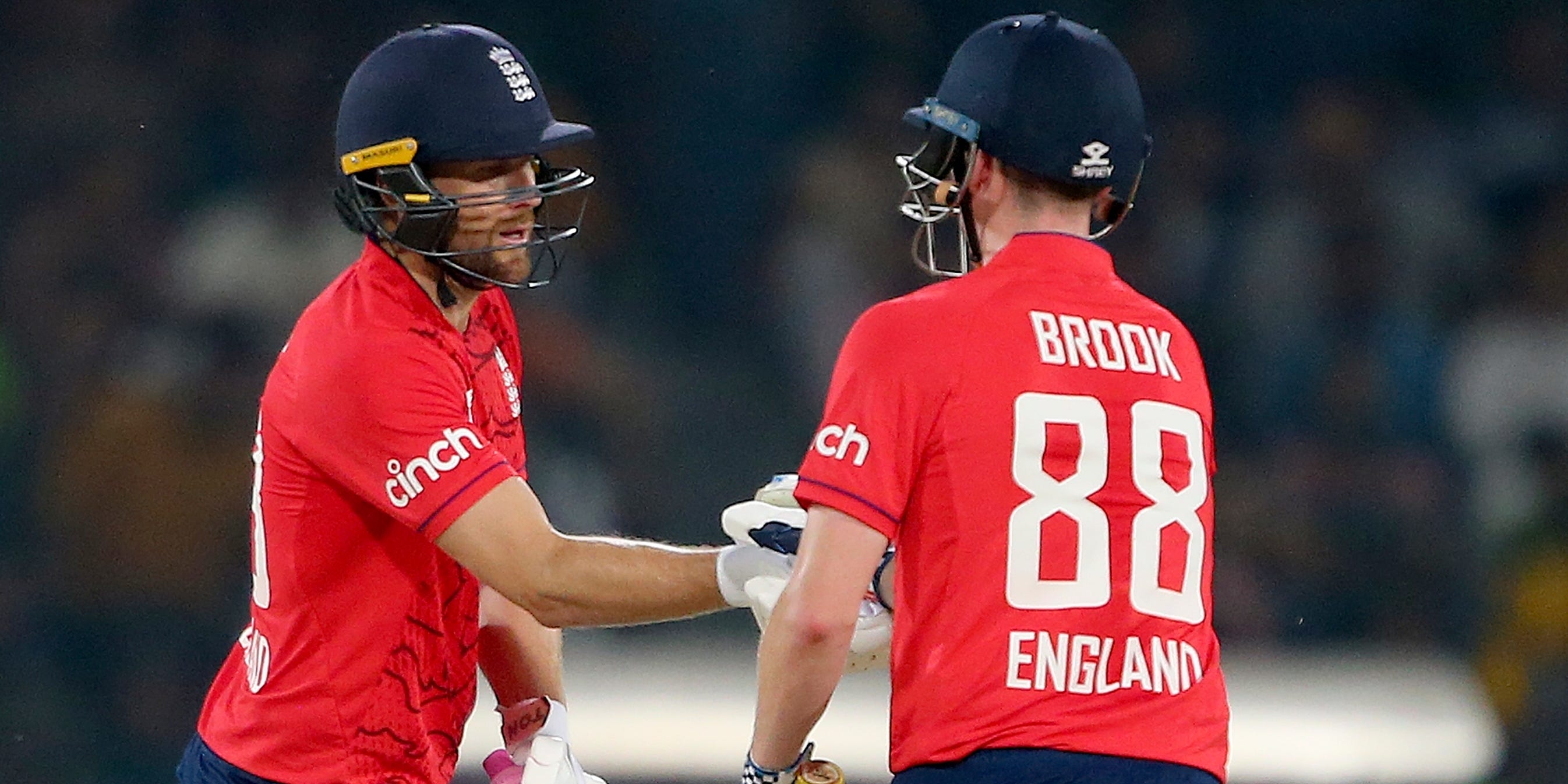 Dawid Malan top-scored with 78 not out as England posted an imposing 209 for three in their Twenty20 series decider against Pakistan in Lahore.

Dawid Malan has had a quiet time on the tour but came to the party at the crucial moment with the scores locked at 3-3.

He shared an unbroken stand of 108 in just 61 balls with Harry Brook, who concluded a name-making trip with 46no.

Pakistan contributed to their own downfall with three dropped catches, with Babar Azam shelling Malan on 29 and Brook on 24.

Opener Phil Salt picked up exactly where he left off in the previous match, when he cracked an unbeaten 88 in just 41 balls, with three of his first six deliveries going to the ropes.

Their partnership raced to 39, but both openers fell in the space of three balls as Pakistan dragged it backed in the fifth over.

Hales was trapped plumb in front of middle as Mohammad Hasnain jagged one off the seam before Salt fell foul of a sloppy run out as Malan ball-watched at the striker’s end.

They moved up the gears with 12 off Iftikhar Ahmed’s first over then smashed 20 off Shadab Khan, Malan launching the first of his three sixes into the stands and Duckett clearing the boards with a straight hit.

Duckett was cut off in full flow by an opportunistic piece of glovework from Mohammad Rizwan, who snapped up a bouncing deflection off the inside edge and flicked the bails in one swift movement as he left his ground.

But Malan found another willing partner in Brook and the pair more than doubled the total after coming together at 101 for three.

Babar played an unintentional role in their success, dropping Malan at cover and Brook on 24 off a particularly simple up-and-down chance.

Brook had needed just four balls to find his six-hitting range of Shadab and repeated the feat three more times during his stay.

England finished on a high, with 20 off the final over from the expensive Wasim.