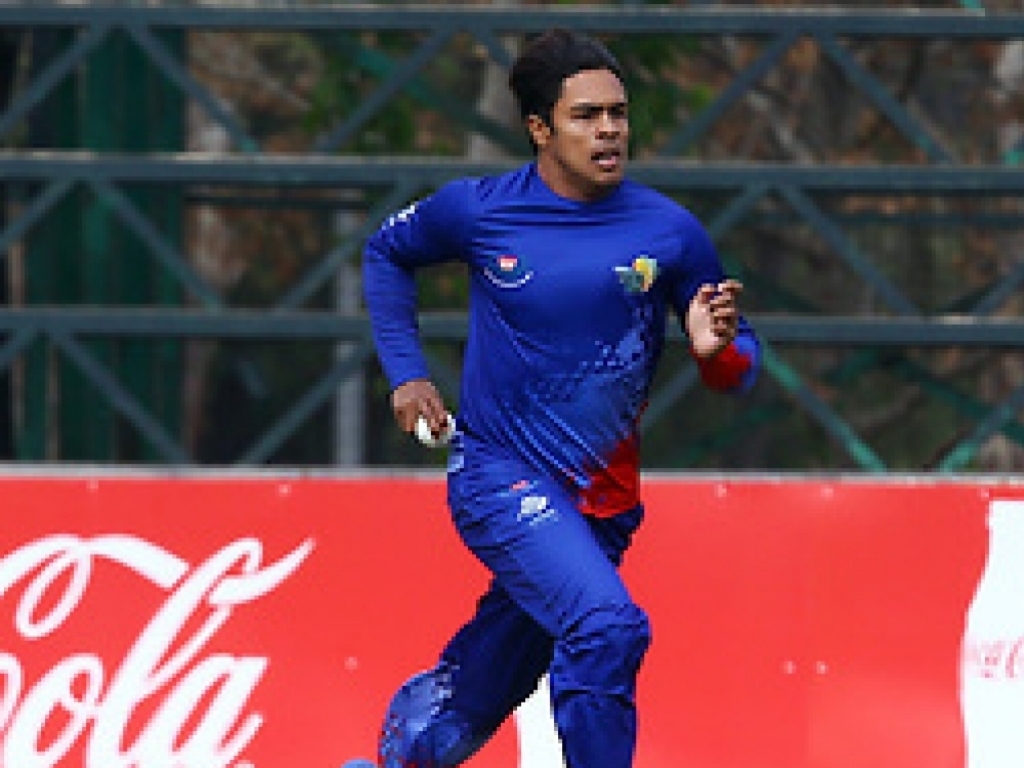 The presence of his former South Africa U/19 team-mates in the Proteas squad will serve as a source of motivation for Western Province allrounder Dayyaan Galiem in this season’s Africa T20 Cup.

Galiem played with the likes of Kagiso Rabada, Andile Phehlukwayo and Aiden Markram in the national age-group teams throughout his school career, and was in fact, viewed by many to be the chief talent amongst that peer group, having made his SA U-19 debut when still 16.

However, injury forced the Rondebosch Boys High prodigy to withdraw from the South African U-19 side that ultimately went on to win the ICC Under-19 World Cup in Dubai in 2014, and it has been a tough road back since.

Galiem has, though, played a solid maiden season of first-class cricket for the WP semi-professional team and enjoyed fleeting appearances for the Cobras where he has displayed his undoubted potential.

Entering his third consecutive Africa T20 Cup now, the 20-year-old is ready to leave his mark.

“I know it is a big season for me,” Galiem said. “I am just working hard and trying to do the right things, for I know if I work hard and continue to take in the advice of my coaches things will work out for me. I just want to find my feet at franchise level first.

“I am very happy for those guys. To see them playing at that level. It is a huge source of motivation for me, knowing that I have played with those guys before and that if I work hard enough I can get back to playing with them again.”

Province will certainly rely on Galiem’s contributions with both bat and ball after struggling in the previous two editions of the tournament. The Newlands-based side have yet to get out of the group stages, often appearing undercooked in their opening games.

This is often due to WP not being able to train outdoors due to the weather conditions in Cape Town this time of the year, but Galiem says they will have no excuses this time around.

“We have come up to Gauteng early to prepare. I am actually on my way to a warm-up game now. It is the first time we’ve actually been outdoors before the Africa T20 Cup, with us only having indoor sessions back in Cape Town.

“We are preparing well. We have a good mixture of experienced players and some young guys who will be playing in their first Africa T20 Cup. I’m really looking forward to the tournament.”

WP face Namibia in the tournament opener on Friday morning before the clash with neighbours South Western Districts on Saturday morning.

The final group tie will be against hosts Easterns on Sunday. All matches will be played at Sahara Park Willowmoore in Benoni.