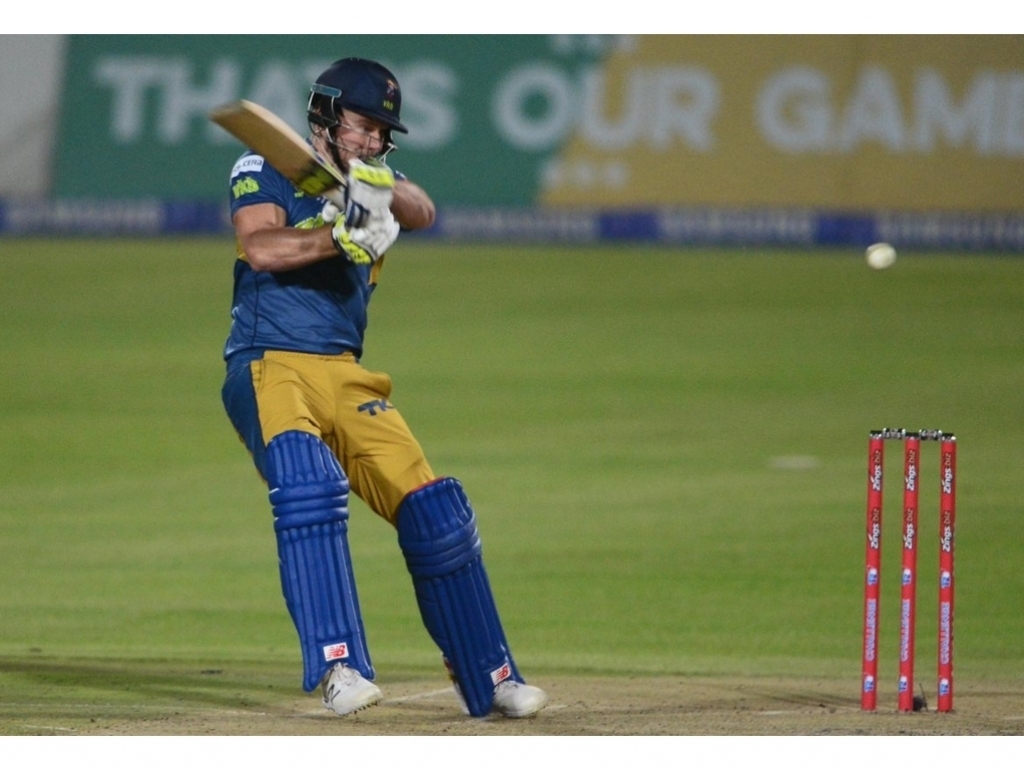 The men from Bloemfontein surged to an eight-wicket win over the Warriors in the competition opener at St George’s Park in Port Elizabeth on Friday.

The Proteas pair showed exactly what international quality will be doing for the tournament over the next five weeks with a franchise record partnership of 142 to guide their side past a 154 target with two full overs to spare.

It was a clinical display by last season’s wooden spoonists and a positive start to the competition, which this year will see all the national players turn out for their franchises.

The Warriors, who do not have any current players in the South Africa side, put up a fighting 153 for nine after they lost the toss and were put in to bat first.

They found themselves in a huge spot of bother on 69 for five, before Christiaan Jonker blasted 61 (38 balls, 4 fours, 4 sixes) to give them a chance.

Shadley van Schalkwyk was the pick of the bowlers with three for 25, while there were doubles for Eddie Leie (2/16) and Marchant de Lange (2/25).

The hosts, runners-up last season, began well after reducing the Knights to 15 for two in response thanks to a wicket each from Andrew Birch (1/37) and Basheer Walters (1/30).

But those were the only wickets they managed as Miller and De Bruyn blasted them to victory with a best-ever stand for the third wicket, beating the 120 put on by Dean Elgar and Pite van Biljon against the Titans in the 2013/14 season.