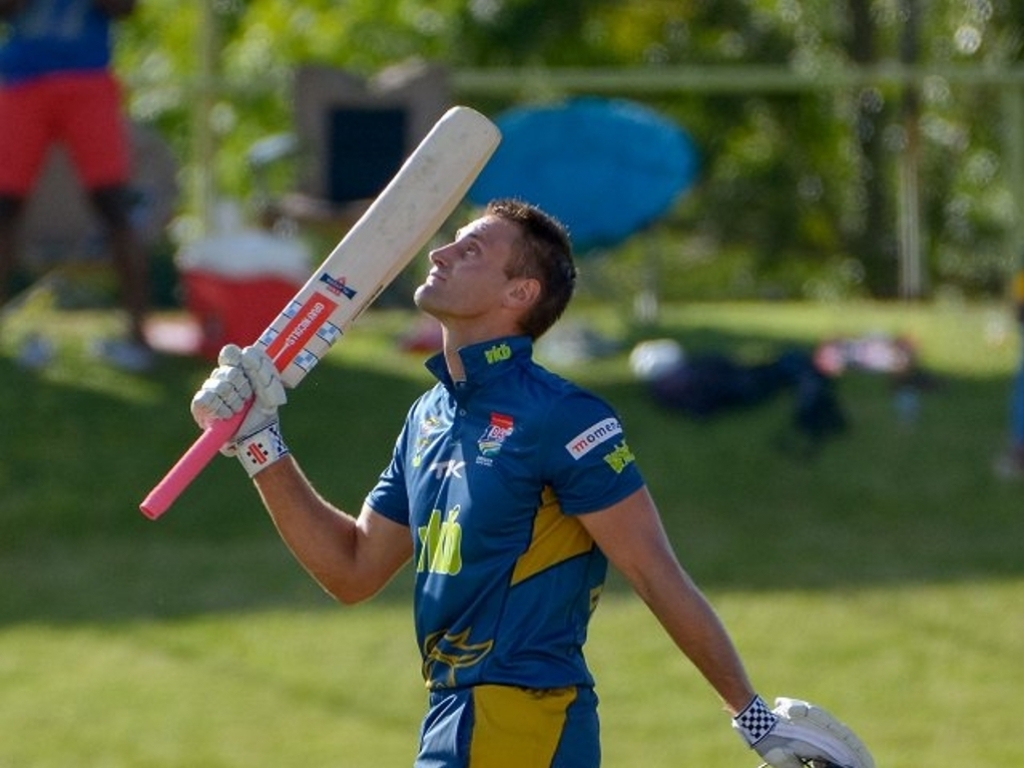 A classy century by captain, Theunis de Bruyn paved the way for the Knights to begin the Momentum One-Day Cup with a bonus-point victory after they ousted the Cape Cobras by 100 runs at the Mangaung Oval in Bloemfontein on Saturday.

The right-hander, fresh from leading his side to the Sunfoil Series title seven days earlier, struck a flowing 132 (117 balls, 10 fours, 2 sixes) to help the Central franchise post 308/6.

It was the highest score by either side in the history of the fixture, with the visitors then offering little in terms of a contest as they were restricted to 208 in 41.1 overs – Marchant de Lange being the pick of the bowlers with 4/35.

Earlier, De Bruyn was the stand-out man for his side with his third career ton also being the highest individual score for the hosts in the fixture. Support came via 40s for Pite van Biljon and Diego Rosier, who shared stands of 85 and 98 with their captain for the third and fourth wickets respectively after the home side had won the toss and opted to bat first.

Spinner George Linde was the pick of the bowlers with 2/62, with the only bowler to go under five to the over being the impressive, young Jason Smith (1/43).

De Lange then rocked the Cobras’ top order with three early wickets as they slumped to 47/3. The fast bowler was backed up well by most of the other bowlers, including Shadley van Schalkwyk (2/24).

The fact that the Cape side managed to get past 200 was thanks mainly to their lower order and in particular Aviwe Mgijima, who made 51 (60 balls, 5 fours). The all-rounder shared in a 67-run, sixth-wicket stand with Smith (35), while Stiaan van Zyl (35) and Richard Levi (25) were the other batsmen that managed starts.