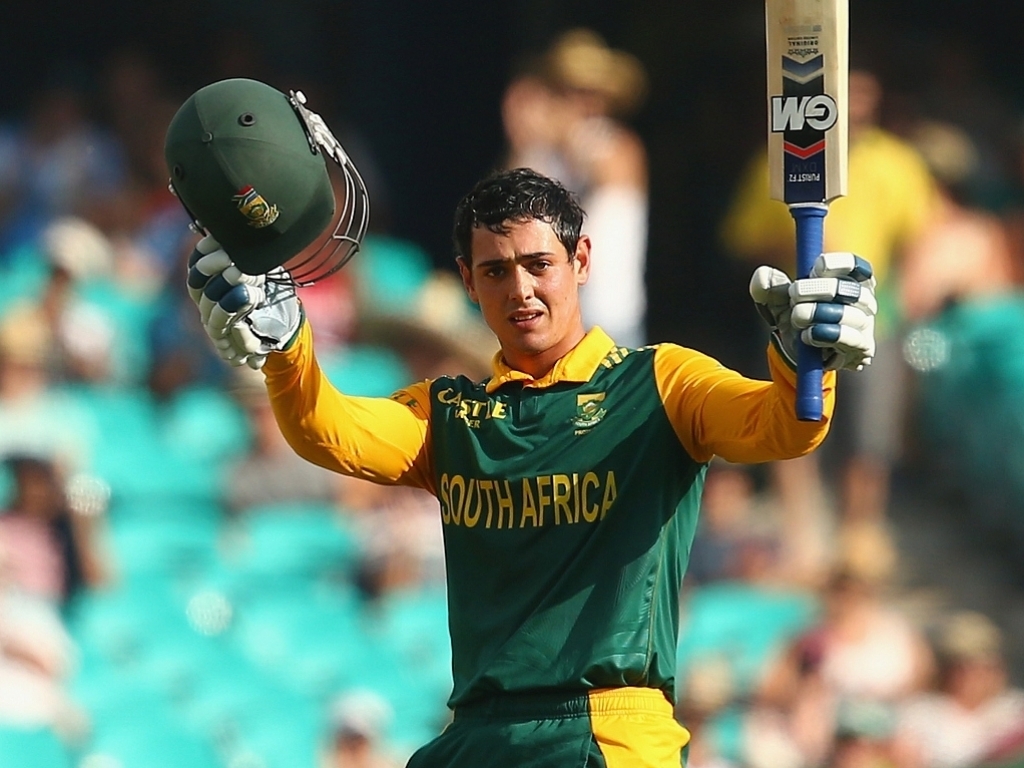 South African wicketkeeper Quinton de Kock and Australia's Aaron Finch, James Faulkner and Steven Smith were the big movers on the latest One Day International (ODI) player rankings, which were released on Monday.

The 21-year-old De Kock scored his sixth ODI century in during Sunday's match against Australia to move up to a career-high seventh on the list.

Finch moved up to 15th – a six-place increase – after a consistent series for the Aussies with the bat against the Proteas and is just six rating points behind Faf du Plessis, who dropped down to 14th.

Smith was named as the Man of the Series against South Africa after scores of 10, 73 not out, 104 and 67 after coming into the side as captain Michael Clarke's replacement – a run of scores which moved him up 31 places to 50th.

Faulkner only played a bit-part role in the series with the bat but moved up four places to 40th nonetheless.

AB de Villiers extended his lead at the top of the batsmen's rankings to 25 points over Virat Kohli, while Hashim Amla is in third place, another 34 points behind.

For the bowlers, Bangladesh's Shakib Al Hasan is the biggest moved having moved up 12 places to ninth.