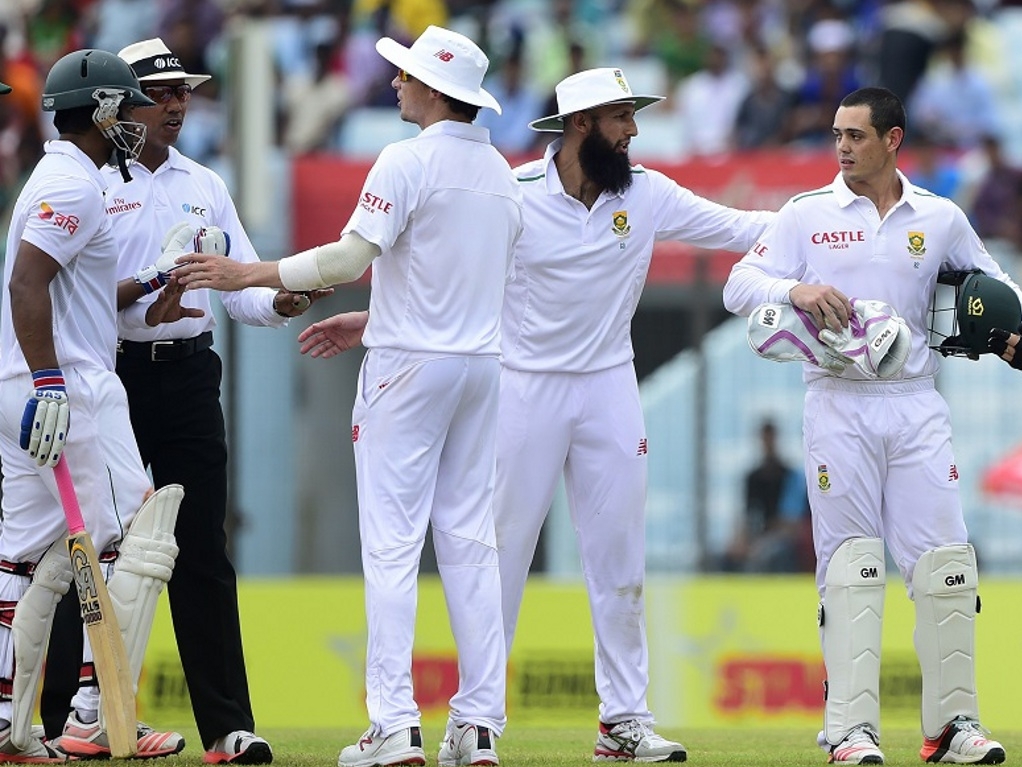 South Africa wicket-keeper Quinton de Kock has been fined 75 per cent of his match fee after being found guilty of breaching the ICC Code of Conduct during the first Test against Bangladesh in Chittagong on Wednesday.

The 22-year-old was found to have breached Article 2.2.7 of the ICC Code of Conduct for Players and Player Support Personnel which relates to "Inappropriate and deliberate physical contact with a Player, Player Support Personnel, Umpire, Match Referee or any other Person (including a spectator) in the course of play during an International Match."

De Kock pleaded guilty to the charge laid by match referee Chris Broad and the subsequent penalty was accepted without the need for a formal hearing.

Explaining his decision, Broad said: "As the over before lunch came to an end, Quinton de Kock walked in front of the stumps to confront Tamim Iqbal. In doing so de Kock deliberately brushed Tamim Iqbal’s shoulder and rib area.

"This resulted in a heated exchange between the two, initiated by the contact made by de Kock. This type of incident has no place on a cricket field."

The charge had been laid by the on-field umpires Richard Kettleborough and Joel Wilson, as well as third umpire Paul Reiffel and fourth umpire Sharfuddoula.