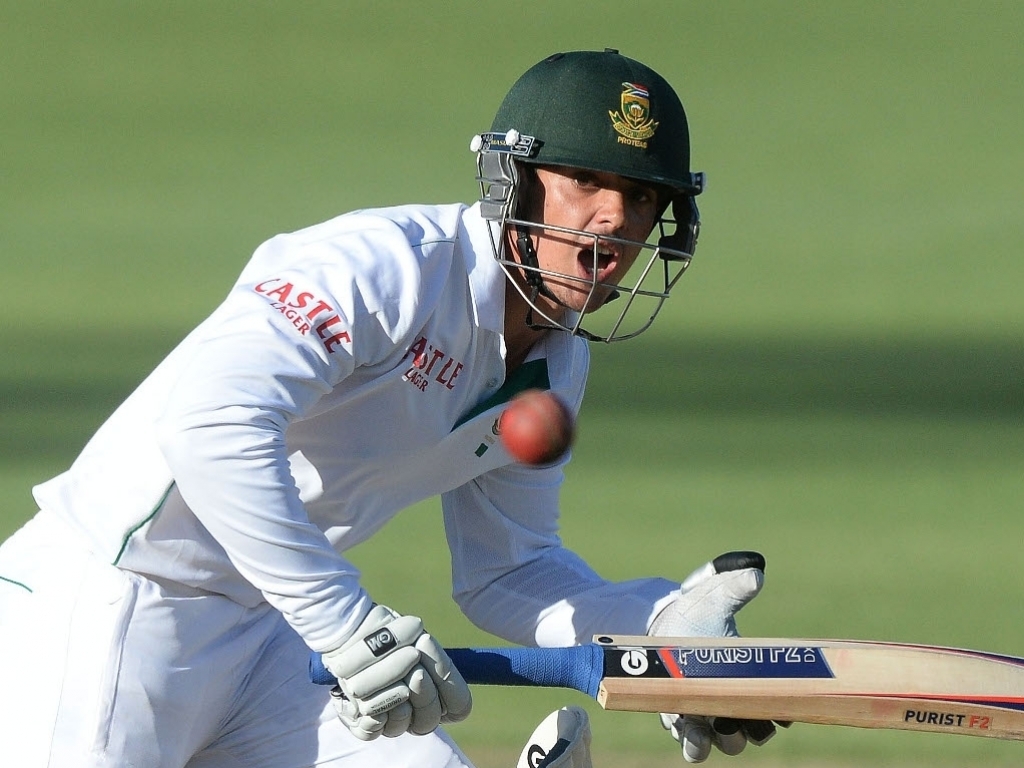 Wicketkeeper Quinton de Kock will continue to lead the Proteas’ Test squad for the 2020/2021 season after selectors decided against appointing a new red-ball skipper.

Cricket South Africa (CSA) named the squad that will take on Sri Lanka in the two-match Test Series to be played over the traditional Boxing Day and the New Year’s windows with De Kock named skipper.

According to the selection panel, De Kock’s appointment for this season is motivated by the light Test cricket load, with the Proteas only playing three series against Sri Lanka, Pakistan and Australia respectively.

Mpitsang said: “We are satisfied, as the National Selection Panel, with the decision that we have made to ensure continuity within the team, while we work towards making the best decision for its future without the pressure of time constraints. Quinton (de Kock) is happy to continue in the role for the next season and is comfortable with the balance of the workload and we back him fully as a captain.

“We are also pleased with the leadership group in the team and are cultivating a strong individual leadership culture at the same time, so that the team produces a sustainable stream of potential captains for the future.”

In other team news, Sarel Erwee, Glenton Stuurman and Kyle Verreynne have received maiden Proteas Test call-ups for the tour, while the latter’s former South Africa under-19s captain, Wiaan Mulder, makes a return to the national team after a period of prolonged injury kept him out of action.

Thirty-one-year-old Erwee has enjoyed a long period of consistently good performances which have culminated into his call-up for this tour, not least of which was his 199 in the Dolphins’ CSA 4-Day Domestic Series season-opener against the Lions last month. Erwee averages 60,28 with 469 runs in eight innings so far in the 4-Day Domestic Series.

“Stuurman will make an exciting addition to the Proteas’ bowling attack.”

The 28-year-old, right-arm medium-pacer from Oudtshoorn boasts a 4-Day Series record of 181 wickets from 46 matches at a bowling average of 21.28 for the Warriors and Eastern Province. His best bowling figures of 7/12 are capped off by a high score of 81 from his overall 671 runs, making him a player to look out for in this format.

“The last season has been an impressive one for 23-year-old Verreynne in the 4-Day Domestic Series.”

Verreynne amassed 551 runs in 11 innings, at an average of 55,10, including two centuries and three half-centuries for the Cape Cobras. Before joining the national team for the limited-overs tour against England, he had deposited 247 runs in two matches, at an average of 61,75 to his competition account.

“To say that the Proteas will be sporting a confident batting unit would be putting it lightly,” CSA proclaim.

“Aiden Markram, who had his Test summer cut short by a fractured finger last season, has been outstanding for the Momentum Multiply Titans in the first few rounds of this season’s 4-Day Series, smashing three centuries and returning a total of 469 runs in four matches, at an average of 78,16.

“Keegan Petersen has a century and half-century under his own belt for the Dolphins, averaging 57,66 in the competition, while Mulder brings much-need all-rounder capabilities into the fold with a fresh, unbeaten century from last week to his tally for the Lions, also enjoying an above-50 average (59,25).”

Kagiso Rabada and Dwaine Pretorius are not yet fit enough for Test cricket as a result of injuries picked up during the T20I series against England.

They and one or two other players being considered by the Selectors will go through assessments in the next few days to see whether they will be fit enough to be added to the squad ahead of the second match.

CSA will provide an update on the walking wounded next week.

Ngidi to lead the attack

Lungi Ngidi will therefore lead the pace attack with Anrich Nortje and Beuran Hendricks, who both impressed last summer against England.

Ngidi missed out on all of the Proteas Test cricket last season because of injury.

The visitors made history in February 2019, when they became the first Asian team to win a Test series in South Africa after emphatically beating the hosts 2-0. They are currently in fifth place on WTC the points table with 27 matches played and South Africa is sixth with 23 matches played.

“It goes without saying that we are very excited about the choices we have made for the Test squad,” Mpitsang continued. “The individuals in the team are a testament to the fact that hard work will bring its rewards and the Selection Panel, and I are eager to see what the new call-ups have to offer.

“While we may be on the “young” side in terms of Test cricket experience, we believe that the team will more than make up for it when put to the test, so to speak. South Africa is fortunate to boast a lot of depth thanks to our cricket pipeline, and places for every spot in our national teams are highly contested. It has not been an easy task to bring it down to this final squad of 15.

“This series is particularly important for our ICC World Test Championship campaign and the crucial points that it comes with.

“We are looking forward to what promises to be a competitive series and getting a good look at the players that we have in hand. Our last home Test encounter against Sri Lanka did not end in our favour and we are keen to see an emergence of the potential we know this team holds.

“Test cricket is a career pinnacle for every player and is the culmination of many years of hard work and graft, so we know we will not have a shortage of dedication from the players who will don the green cap. I wish Mark Boucher, Quinton de Kock, the team and its support staff all the best for this important tour,” Mpitsang concluded.

The fixtures against Sri Lanka will form part of the ICC World Test Championship (WTC).