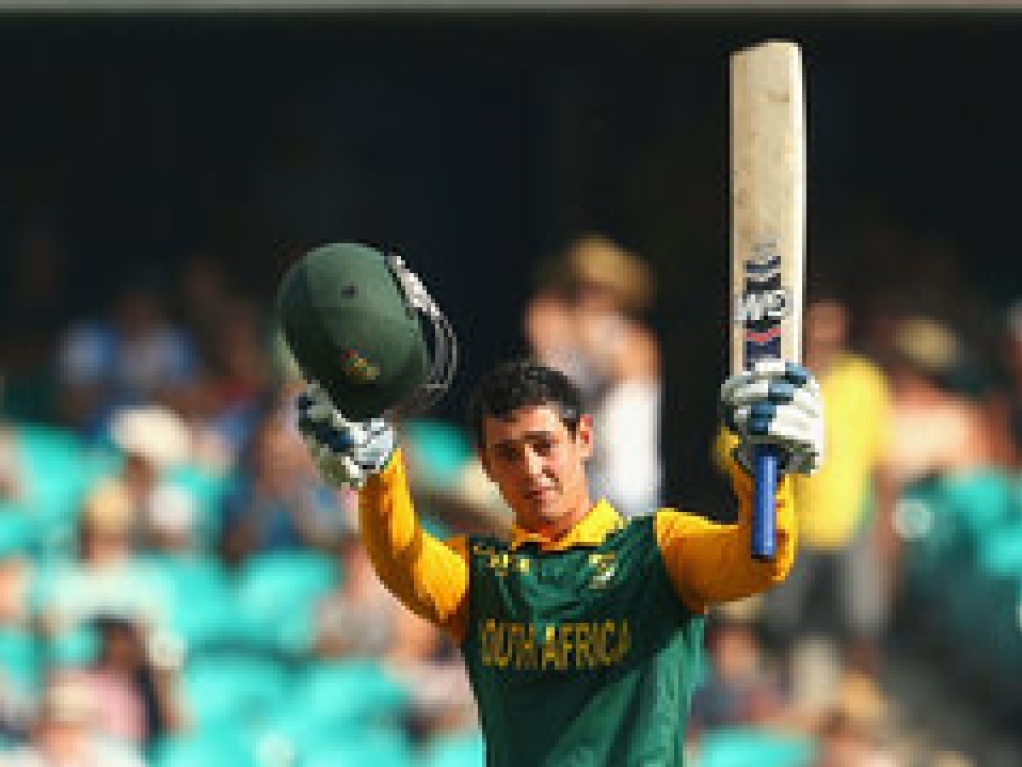 Wicketkeeper Quinton De Kock is more than confident that he will be fit for South Africa's first match at the World Cup, which starts in Australia and New Zealand in the middle of next month.

De Kock injured his ankle while training during the recent Test series against the West Indies, and initially he was ruled out of the opening game at the global tournament, which is against Zimbabwe on 15 February.

The left-handed batsman says he is currently ahead of schedule, and that the initial prognosis was just a precaution. He might even be available for the warm-up games before the World Cup, against New Zealand and Sri Lanka.

De Kock said: "I actually started running in the last two days. I was running full sprints yesterday. I'm actually recovering quite fast, a lot quicker than anybody expected. I should be fully fit very soon.

"I'd love to play in the World Cup warm-ups, and any other games obviously. I'm starting batting today and keeping. I'm sure I'll be fully fit by the warm-ups.

"There's no pain, it's just precaution at the moment. I'm still wary about how much I can do, so it's just about getting my confidence back with what I do."