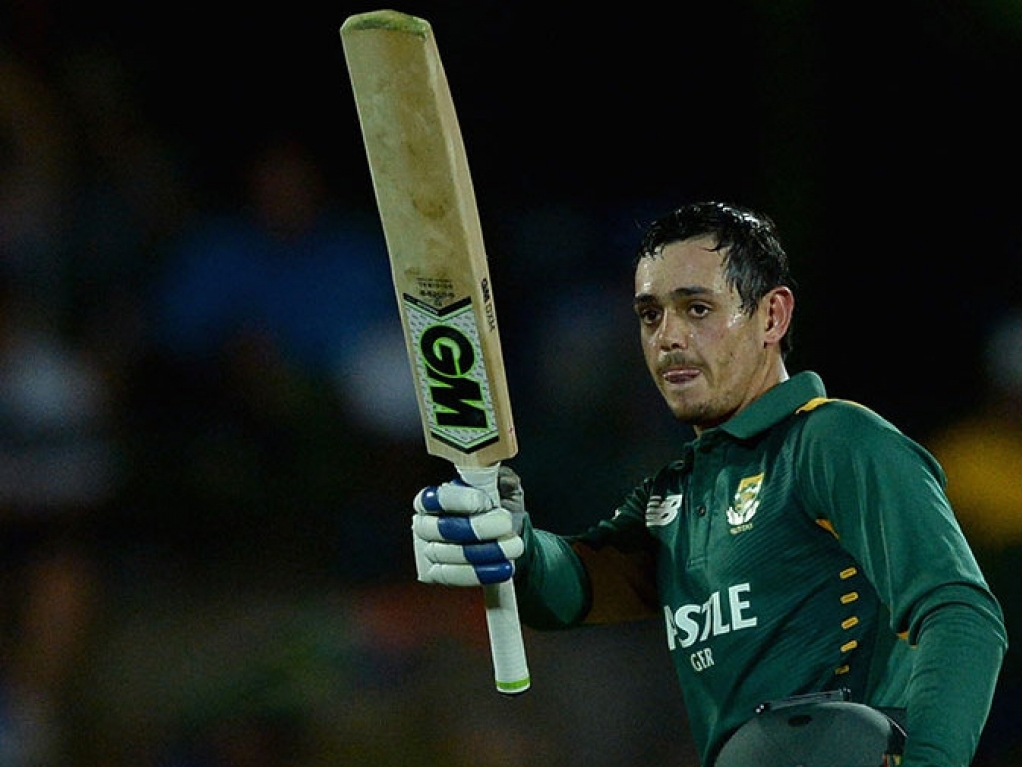 South Africa wicket-keeper batsman Quinton de Kock has been rested as a precaution for the two-match T20 International series against England.

De Kock sustained an injury to his right knee before the third Test match against England at the Wanderers Stadium and has been granted a period of rest given the busy playing schedule ahead.

De Kock did not play in the first T20, which at the time was put down to a 'niggle' after his efforts in the ODI series, but was later confirmed that he would not feature in the series at all.

The Proteas won the match in his absence, but in a last-ball thriller as they narrowly chased a below par score at Newlands in Cape Town.

Proteas team manager, Dr Mohammed Moosajee explained: “Quinton has been playing a lot of cricket since the injury to his knee before the third Test match against England.

"Even though he was given the all clear by the medical team at the time, we feel it is best to give the knee some rest as he is still slightly symptomatic.

"We need to keep in mind the upcoming ICC World T20 as well as the short turnaround of matches leading up to the tournament.

"He will be available for selection for the series against Australia starting in Durban on March 4.”