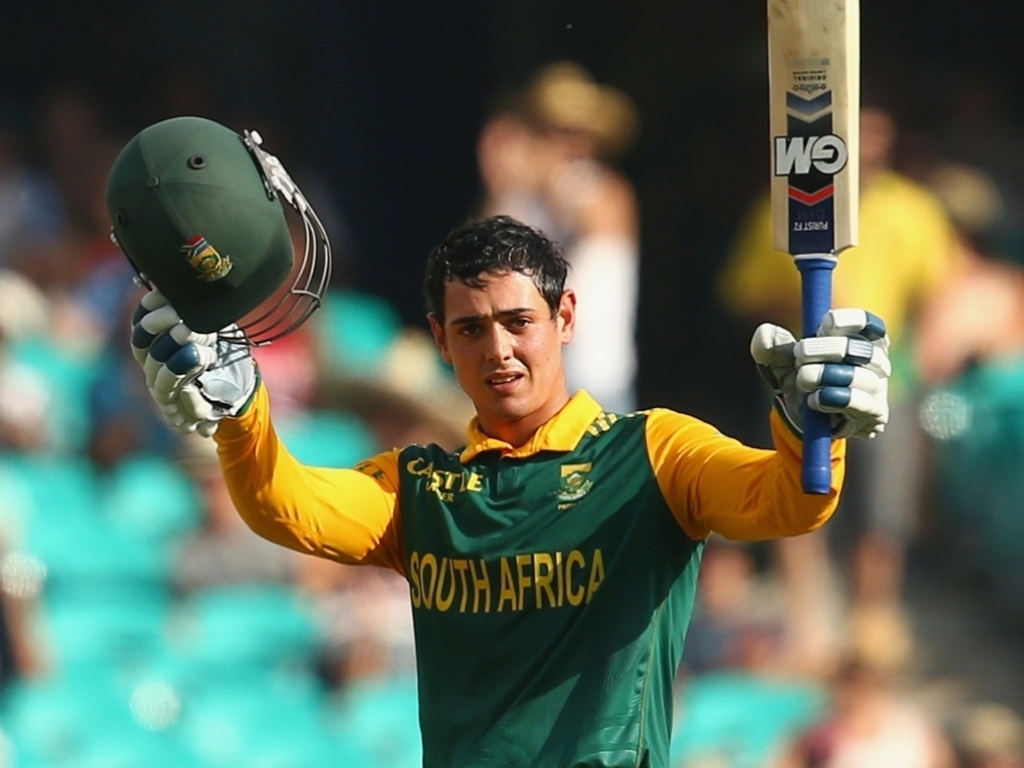 Quinton De Kock is recovering quicker than expected from an ankle injury he picked up in December and could be in line to return to the South Africa team for the fifth ODI against the West Indies next week.

When De Kock injured his ankle in the warm-ups before the first Test against the Windies on 17 December, it was feared that he would miss the first few matches of the World Cup, which gets underway in Australia and New Zealand in mid-February.

The 22 year-old has however made a rapid return to fitness and Proteas coach Russell Domingo wants give the opening batsman some match time ahead of the showpiece event.

Domingo said: "Depending on the medical committee, if they're okay with Quinton de Kock playing the last game [he'll play]. "So that's a possibility for us, and hopefully we can get him back into international cricket next Wednesday.

"He will join us on Friday [in Port Elizabeth], and train with us for the next few days and hopefully we'll have him ready for next Wednesday in Pretoria."

The Proteas, who have already clinched the series against the Caribbean Islanders with two matches to play, have used Rilee Rossouw to open the batting in De Kock's absence, with mixed results.

Although Rossouw scored a century in the second in ODI in Johannesburg, it was offset by two failures in the first and third matches of the series. Rossouw's average is a modest 23.33 after 12 ODI's.