Home News De Lange called up as cover for Steyn

De Lange called up as cover for Steyn 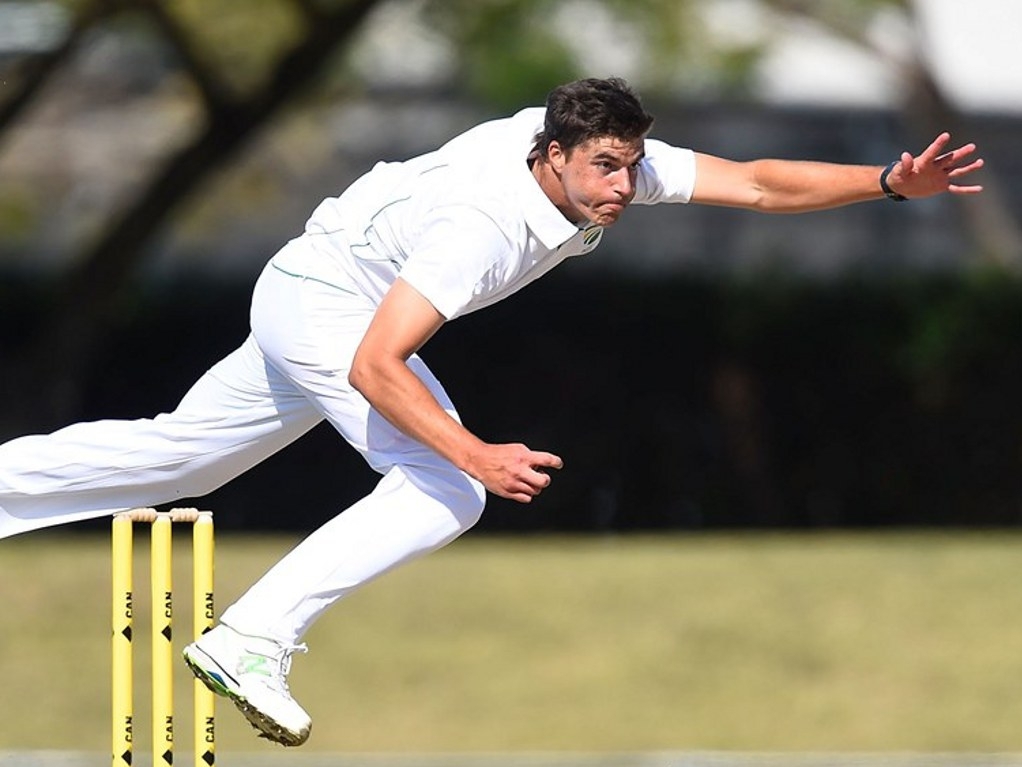 Titans fast bowler Marchant de Lange has been called up to bolster the bowling reserves for the last two Test matches against India, as cover for Dale Steyn.

Steyn continues to make progress from a groin injury, but remains a doubtful starter for the third Test match starting in Nagpur on November 25th.

De Lange was part of the Proteas T20 squad that beat India 2-0 in the first leg of the tour, and has played two Tests, the last being against New Zealand in Wellington in 2012.

Proteas coach Russell Domingo explained the decision: "At the moment we only have three fit seamers in Morne Morkel, Kagiso Rabada and Kyle Abbott, so with Dale still struggling with a groin injury we decided to bring Marchant in as cover so we are prepared in case one of the three breaks down.

"Marchant’s biggest strength is pace, if the ball does start to reverse-swing his pace through the air brings him into the contest.

"Even though his performances back home have been a bit inconsistent, we do know that as an impact player he is a guy that can turn the game with a good spell. Guys that can bowl at 150 km per hour will always be good value."

The Proteas have had a few days to assess and dissect their short-comings and travel to Nagpur on Saturday with the determination and belief of making a comeback in the series.

Domingo says the side will take some confidence from the performances past teams have achieved at the Vidarbha Cricket Association Stadium, but will need a significant improvement in all disciplines to continue with the Proteas’ winning streak at the venue.

He added: "We’ve done it before. We know that we are still in the contest with two matches to play, the wickets are definitely going to produce results. We are 1-0 down so we have every chance of turning it around in Nagpur.

"We are aware that we have to play better cricket with bat and with ball, but we are hopeful that we can rectify that. We have a lot of inexperienced players who haven’t played in India before so hopefully they will have learnt a lot of lessons from these first two matches.

"I wasn’t there on that tour but I remember South Africa being 6/2 and Kallis getting 160 and Amla getting 250 to give the team a comfortable win in the backend.

"The side in general has good memories from the particular venue. We are going to have to play well, India are playing good cricket at the moment."