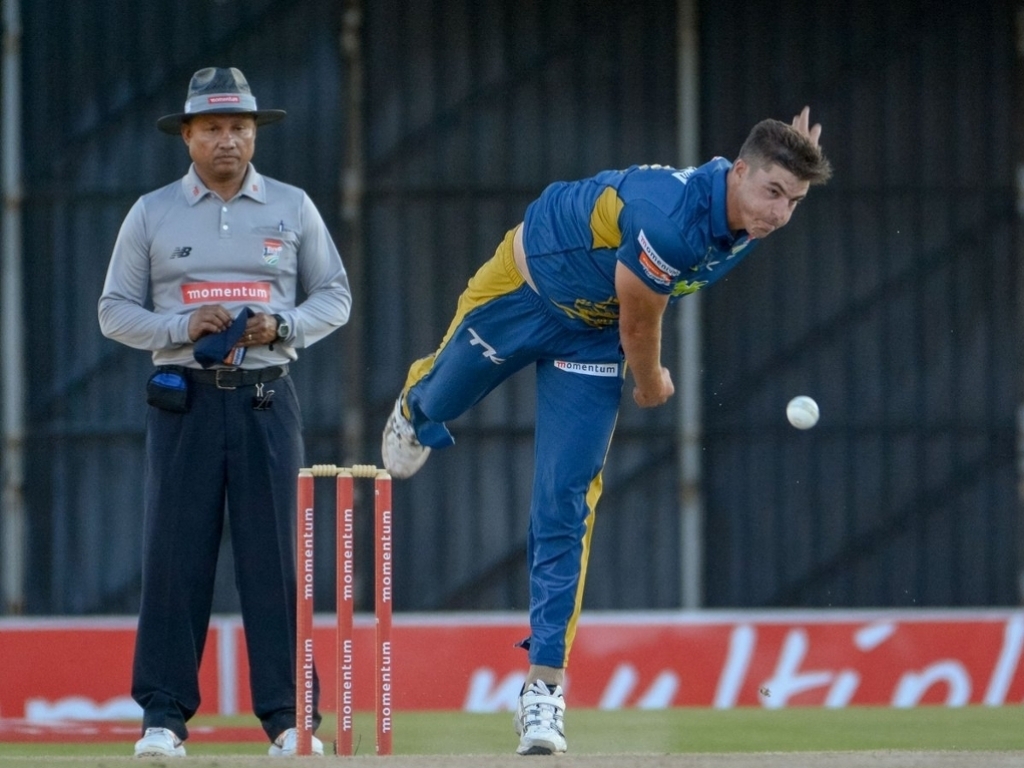 A devastating new-ball display by Marchant de Lange overshadowed twin century efforts as the Knights breathed new life into their MODC campaign with a brilliant, 111-run, bonus-point win over the Titans in Kimberley.

The fast bowler produced an opening spell that read 5-3-4-3, before eventually finishing with 3/16 in seven overs as the hosts won by the biggest ever margin over their opponents.

There were also centuries in the game for David Miller and Albie Morkel – with the former amongst several Proteas players returning to domestic duty over the weekend.

De Lange’s effort had come after Miller marked his debut for the Knights in the competition by striking 104 (100 balls, 8 fours, 2 sixes) as the home side made 302/8. The left-hander was well supported by captain, Pite van Biljon (90 off 76 balls, 9 fours, 2 sixes) after they were put in to bat first.

David Wiese was the pick of the Titans’ bowlers with 3/53.

De Lange then cut the visiting top-order to shreds as he claims the wickets of Aiden Markran (0), Jonathan Vandiar (4) and Heino Kuhn (1) to leave his former team on 8/3, before two run-outs saw them slip to 22/5.

Morkel then stepped up to record a dazzling century of his own as he made 117 (84 balls, 13 fours, 4 sixes). However, with De Lange’s spell leaving the Titans in tatters, it needed something more than just a ton from the skipper to rescue them.

That did not come, however, as the Pretoria-based team were relentlessly dismissed for 191 in 37.2 overs.