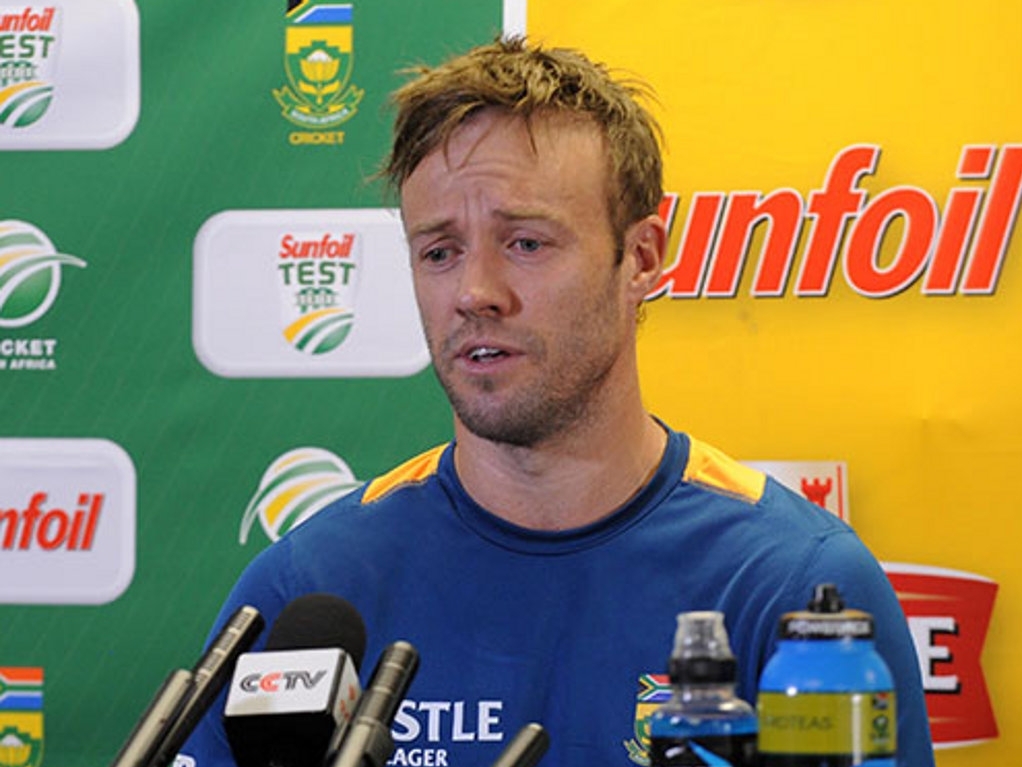 South Africa has been seeded third behind Australia and India, and de Villiers was quick to say that his side was committed to ending the wait for an ICC trophy: "I’m especially looking forward to the ICC Champions Trophy in England and Wales next year as it is another opportunity for our ODI unit to make an attempt at winning silverware for South Africa."

South Africa won this tournament in 1998 when it was called the ICC Knock Out Tournament, a win that remains South Africa's only win in an ICC event.

De Villiers commented on the shift of focus from this year's World T20 to the 50-over ICC Champions trophy saying: "There has been a lot of focus on Twenty20 cricket over the last few months and an upcoming triangular series against the West Indies and Australia is the start of an important journey of preparation leading up to the tournament."

"We are in an incredibly tough group with the three Asian giants in India, Pakistan and Sri Lanka, so we are going to have to play at our optimum best to have a chance of lifting that elusive trophy," he said.

De Villiers agreed that the ICC Champions Trophy 2017 will be a competitive event, adding that he was looking forward to the support in England and Wales where he has always enjoyed playing cricket:

"It is going to be a highly competitive tournament as it features the eight top ODI playing nations and the quick nature of the schedule opens up the possibility of good quality and action-packed viewing for those 18 days. Every match will be a virtual knock-out so there will be plenty at stake and little room for slip-ups."

De Villiers added about playing in the UK: "I particularly enjoy playing cricket in England and Wales; with its rich cricket heritage, its renowned venues with just the right mix of tradition and modernity, and culturally diverse and appreciative crowds, all of which are perfect ingredients to make it a memorable event. We have always enjoyed great support in England and Wales, there is a passionate South Africa expat crowd, so hopefully that can count in our favour."