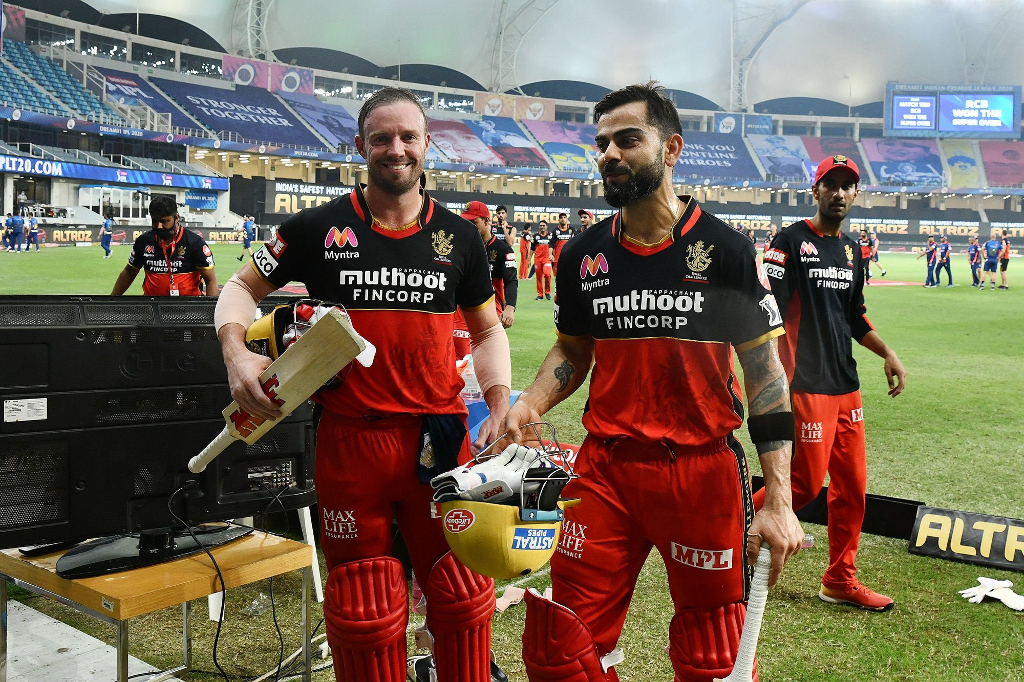 Ahead of the start of the new IPL season, Royal Challengers Bangalore star AB de Villiers has named an all-time XI which has impressed him most in the history of the competition.

The 14th season of the IPL starts on April 9, with RCB, led by Indian captain Virat Kohli, taking on Mumbai Indians in the opener.

As part of the build-up to the competition, the former South Africa captain and one of the mainstays of the RCB batting-line-up has picked his all-time XI.

The 37-year-old started his IPL career with Delhi Capitals (then Delhi Daredevils) and it was no surprise that he named his former teammate in Virender Sehwag to open the batting along with MI captain Rohit Sharma.

“Last night, I was thinking that if I pick my IPL XI and I include myself, how bad would that look. So, opening the batting, I would pick someone whom I started with at Delhi, Viru (Virender Sehwag) at 1 and someone who I think has played some of the best cricket in the world in the last five years, Rohit at No. 2,” De Villiers told Cricbuzz in a chat.

De Villiers also had no doubt about choosing RCB captain Kohli as the number three, but wasn’t sure who would be next in the line-up, with himself, Steve Smith and Kane Williamson the top candidates for the number four position.

“Then obviously Virat at No. 3, followed by I’d say either Williamson, or Smith, or myself… these are the two replacements,” added De Villiers.

He then named England allrounder Ben Stokes to bat at five and trusted Chennai Super Kings’ legendary captain, MS Dhoni, as both the leader and the number six.