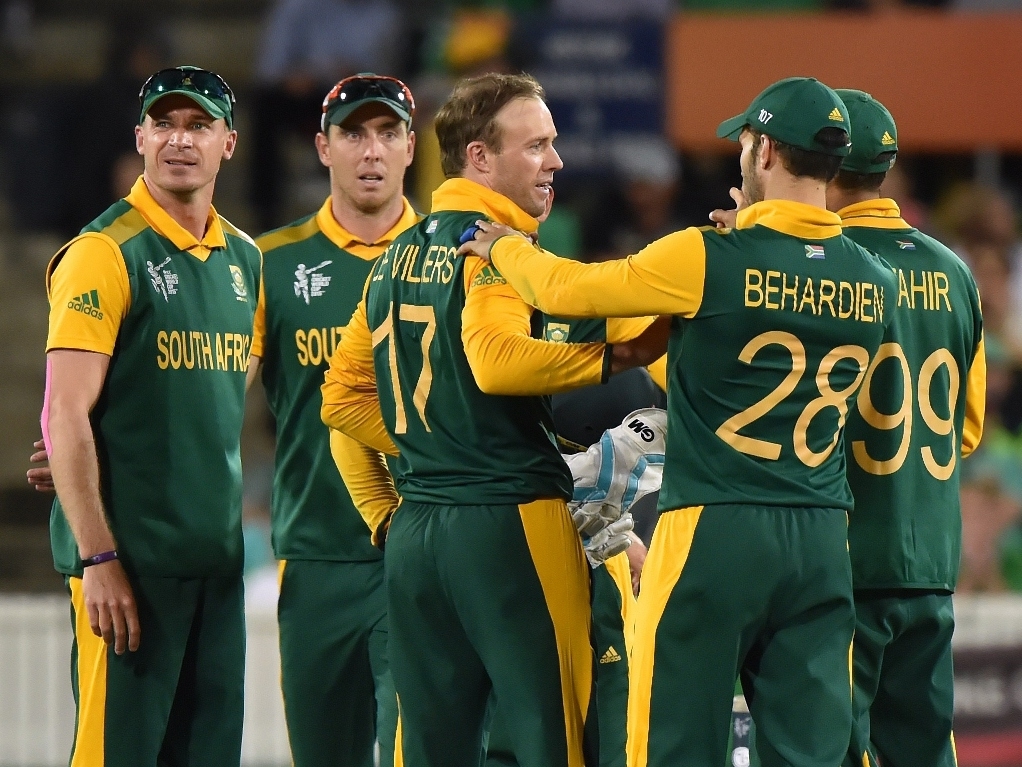 South Africa captain AB de Villiers was pleased with his side's 201-run victory over Ireland in Canberra on Tuesday, saying he felt no pressure to conform to anyone else's expectations and they played from the heart.

While De Villiers made just 24 runs, the Proteas put on 411/4 thanks to tons from Hashim Amla (159) and Faf du Plessis (109), while David Miller and Rilee Rossouw added an unbeaten century stand. The skipper was thrilled with the top order's effort.

De Villiers said after the game: "It was a good game today. I'm very happy with the performance. The nice thing was we did it our way. We are not following any other strategy, we are doing it our way."

Of Amla's century, he said: "We want to keep on scoring centuries. It helps set us up for the last few overs. He will always be the rock for us. He effortlessly plays with a lot of class. Whatever you do he always has the answer."

De Villiers also complimented the bowlers, with Kyle Abbott taking career best figures, and said that he couldn't predict the future line-up as he had to take it on a game-by-game basis. But he hinted that he wanted a full compliment of all-rounders.

He added: "I was very impressed with the bowlers. They were very motivated. The combination will depend on a match-by-match basis. You always want your top six, top seven in form. Six, seven, eight win you a lot of games. We will see how we go [on the bowling]."

When asked if he was amused by his one short delivery being called the one bouncer for the over. he joked: "I enjoyed it, yes. It was my slower bouncer, actually."

Amla, who recorded his best ODI innings, beating the 153 he made a game ago against the West Indies, was typically modest and said he was just happy to contribute to the victory.

Amla said: "Fortunately we got off to a good start. Myself and Faf got going, and then I started to play some shots. We had wickets in hand so we could have a go. Thankfully it came off. It was a good wicket and fortunately we got some runs.

"It's always good to post a win. Any hundred is a hundred, I'm glad to get some runs."

One of the more amusing moments was when he took a catch in the slips, deflected off a diving Quinton de Kock's glove, and Amla said of the fluke catch: "I was just glad that edge stuck under the armpit."