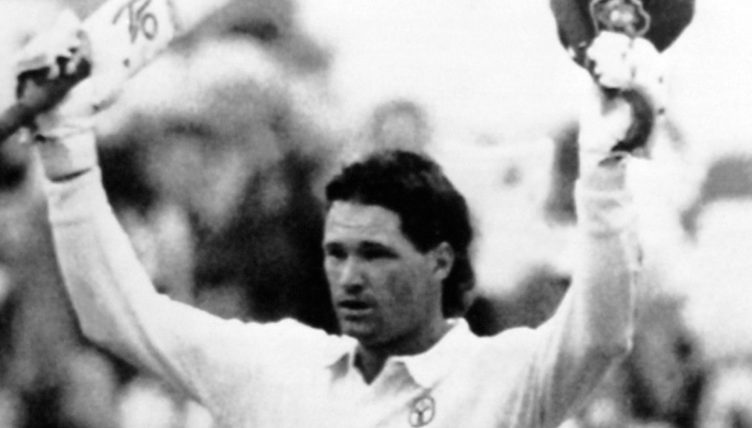 Pressure and pain were part and parcel of the pursuit of cricketing greatness in the eyes of Dean Jones.

A World Cup winner, innovator of the one-day game and renowned commentator, Jones was content to be “whacked on the nose a few times” and develop the “hide of an armadillo”.

The steadfast attitude of the Australian, who has died at the age of 59, helped turn him into one of his country’s finest one-day batsmen.

Jones adopted a cavalier approach at the crease, drawing on an abundance of mental toughness to produce energetic and passionate performances during a decorated, decade-long international career.

The right-hander played 52 Tests and 164 ODIs for Australia between 1984 and 1994. He made 6,068 ODI runs, averaging 44.61, with seven hundreds and 46 fifties, and remains fifth on the all-time ICC batting rankings in the shorter format.

While many will undoubtedly remember his brilliance in 50-over cricket, arguably his finest individual moment on the international scene was a sensational knock of 210 in a tied Test with India in 1986.

The dogged innings in the sweltering heat of Chennai came in only his third outing. He batted at number three, stayed in the middle for 330 minutes, was sick on the field, and found himself in hospital at the end of it.

“We didn’t know anything about dehydration and rehydration back then,” he later recalled.

“I know nearly every shot in every innings I played. I can’t remember a thing after 120 in that innings.”

A year on from that masterclass, he played an integral role in Australia’s surprise maiden World Cup triumph in India, before scoring two centuries and averaging 71 in 1989 as Australia regained the Ashes. They would not relinquish the urn again until 2005.

Jones described the World Cup win as the “greatest cricketing day” of his life but, alongside the glory, he was always eager to talk about the graft and resilience required.

“We play a game that when you make a mistake everyone’s got an opinion on you and after a while it wears on you, but you get the hide of an armadillo after a while and you don’t get a glass jaw,” he said recently.

“If something goes wrong, don’t panic, find a way.

“You need to get whacked on the nose a few times, and I did. Like a diamond, it needs pressure. You just can’t go through life wanting an easy way.”

Born in the Melbourne suburb of Coburg in March 1961, Jones was a proud Victorian.

At club level, he spent his entire career with local side Victoria, interspersed with two short spells in England. In 1992, Jones became Durham’s first overseas player, before captaining Derbyshire to a second-placed finish in the County Championship in 1996.

He went on to coach New Zealand and Afghanistan after hanging up his first-class bat in 1998, as well as working with teams in leagues in Pakistan, India and Bangladesh.

Jones also became a regular in commentary boxes around the world, working as a popular pundit for television and radio.

His media career was not without controversy.

In 2006, he was sacked from his role as commentator for Sri Lanka television station Ten Sports after calling South African batsman Hashim Amla “the terrorist” due to his long beard.

Jones subsequently apologised and rebuilt his reputation behind the microphone. He was in Mumbai as part of Star Sports’ coverage of the Indian Premier League at the time of his death.

While younger fans of the sport will be more familiar with Jones’ voice than his on-field exploits, Cricket Australia chairman Earl Eddings was one of many to pay homage to his ability with the bat.

Eddings described Jones as “a hero to a generation of cricketers” and said he would be remembered as “legend of this great game”.

Jones is survived by his wife Jane and daughters Isabella and Phoebe.