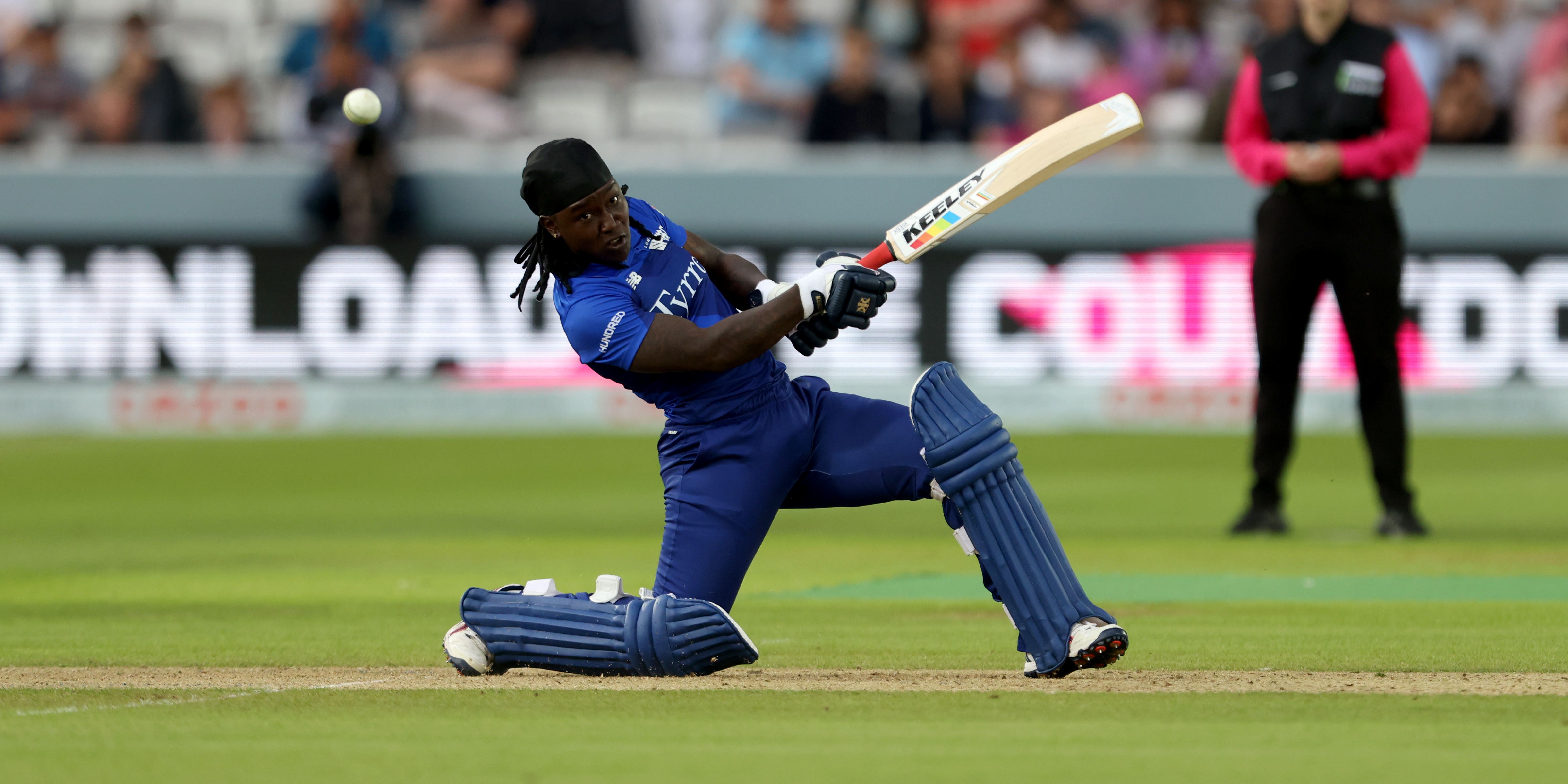 Dottin’s 67 off 37 balls underpinned a total of 156 for two, the fourth highest in competition history, having been inserted.

But, in a clash between two sides who had lost their opening games, Fire were on course for victory as Dottin’s fellow Bajan Hayley Matthews hit an equally impressive 69 off 41 from the top of the order and shared 110 in 72 balls with fellow opener Tammy Beaumont.

However, Sophie Ecclestone bowled Matthews before Dottin struck twice in two balls with her medium-pacers, and the Fire were left needing 19 off the final set of five. They finished on 145 for three.

The game, which saw captain Beaumont finish unbeaten on 45 off 42 and Dottin take two wickets for 21 runs from 15 balls, narrowly avoided a controversial ending.

Fire actually bowled 101 balls in their innings following a miscount from the umpiring team, and the rogue delivery was cut for four by Emma Lamb at the end of the third set of five.

For large parts of the Fire chase, it was very realistic that the extra four runs would come into play in the final reckoning.

As it was, Dottin’s double strike to get Australia’s Rachael Haynes caught at mid-on and Annabel Sutherland claimed at midwicket left the score at 123 for three after 83 balls and brought about a telling squeeze in the run-rate.

The Manchester innings included contrasting scores in the mid-30s from England duo Emma Lamb and Ecclestone.

Dottin muscled eight fours and two sixes in 37 balls, while opener Lamb struggled for momentum in making 35 before unbeaten Ecclestone added an excellent quickfire late 36 off 18 with two sixes.

Dottin, the self-confessed ‘World Boss’ who retired from international cricket at the start of the month, came in at number three with the score 27 for one after an early wicket for the excellent Alex Hartley, the left-arm spinner returning to home turf.

Dottin, who reached her half-century in 31 balls, dominated a second-wicket stand of 67 with Lamb before adding an unbeaten 62 with Ecclestone in the final 31 balls.

She was strong on both sides of the wicket, hitting two sixes over midwicket off Matthews and another over long-off against Katie George.

The Originals scored 96 off the final 50 balls of their innings, a competition record.

Hartley, an Original last year and still a mainstay of the Old Trafford-based Thunder’s regional team, was superb with one for 17 from her 20 balls, making the initial breakthrough by getting Lizelle Lee caught at short fine-leg off a top-edged sweep.

Matthews was strong on both sides of the wicket, punishing anything too short or too full as she hit 12 fours.

She matched Dottin in bringing up her half-century off 31 balls – but when she was bowled trying to cut a quicker ball from Ecclestone’s left-arm spin, it proved a key moment.

The entertaining fixture was wrapped up as Kate Cross defended 19 against Beaumont and Fran Wilson.