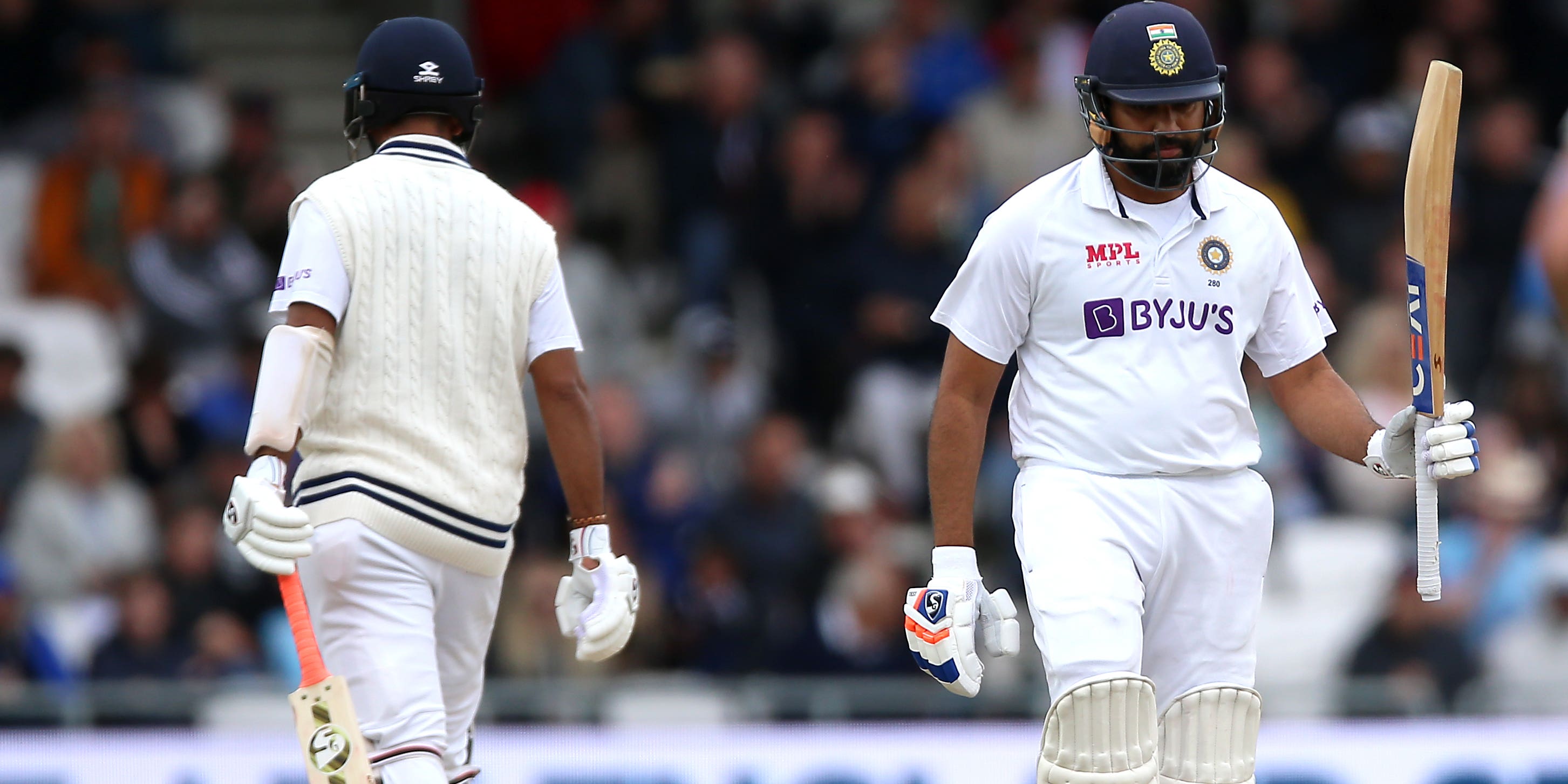 India slammed the brakes on England’s victory charge in the third LV= Insurance Test at Headingley, reaching 112 for one with a much improved batting display on day three.

England boasted a mountainous first-innings lead of 354 when the tourists returned to the crease on Friday morning looking to banish memories of their previous 78 all out.

At tea they were making a fist of things against steep odds, with Rohit Sharma 59no and Cheteshwar Pujara 40no.

All that England had to show for their efforts in the field was the solitary wicket of KL Rahul, spectacularly caught by Jonny Bairstow at slip off the bowling of Craig Overton.

There was no shortage of plays and misses in conditions offering decent assistance for the seamers, but England’s best chance of adding to their tally in the afternoon went up in smoke when Joe Root missed the chance to send an lbw appeal against Rohit for review when he had 39.

The England skipper eventually made the signal but only after allowing the 15-second window to elapse. Replays appeared to suggest he would have been given out, leaving head coach Chris Silverwood shaking his head on the team balcony.

England resumed on 423 for eight, dragging India back into the field rather than declaring under gloomy skies. The phony war was short-lived, comprising 15 minutes, nine runs and two wickets as Overton (32) and Ollie Robinson were removed with minimal fuss.

That meant another chance for India’s chastened batting unit to redeem itself, with the floodlights on and the ball swinging nicely for James Anderson. But where he laid waste to the top order on Wednesday, here he was narrowly missing the edge of the bat or seeing nicks played softly enough to drop in front of the slips.

Robinson thought he had Rahul for six when he went full at the stumps and won an lbw verdict, but DRS suggested the ball had done too much in the air and was sliding down leg.

Overton was next to try his luck, worrying Rohit’s outside edge with lift and carry, and it was the Somerset seamer who struck with the last ball before lunch to make it 34 for one.

When the chance sailed towards the cordon it looked like Root’s catch but Bairstow’s radar pinged and he flung himself to the left to snap up an electric one-handed take. He lay flat on his back in joy, before the back-slapping began.

The afternoon began with a fly-past from a light aircraft trailing a banner which read “Sack the ECB & Save Test Cricket”, but the England needed to focus on the middle, where Rohit and Cheteshwar Pujara were settling down nicely.

With good balls beating the bat and bad ones getting punished, most obviously from the struggling Sam Curran, their use of reviews ended up proving crucial.

Root lost one when Robinson’s shout against Rohit was shown to be missing the stumps and when a similar decision presented itself with the opener on 39, he hesitated. Calling out for counsel he reluctantly made the ‘T’ gesture, only to be told by umpire Richard Kettleborough that he was too late. Almost inevitably, three reds came up on tracking.

India lost all 10 wickets inside 41 overs first time out but still had nine wickets to play with after 46 overs at tea.