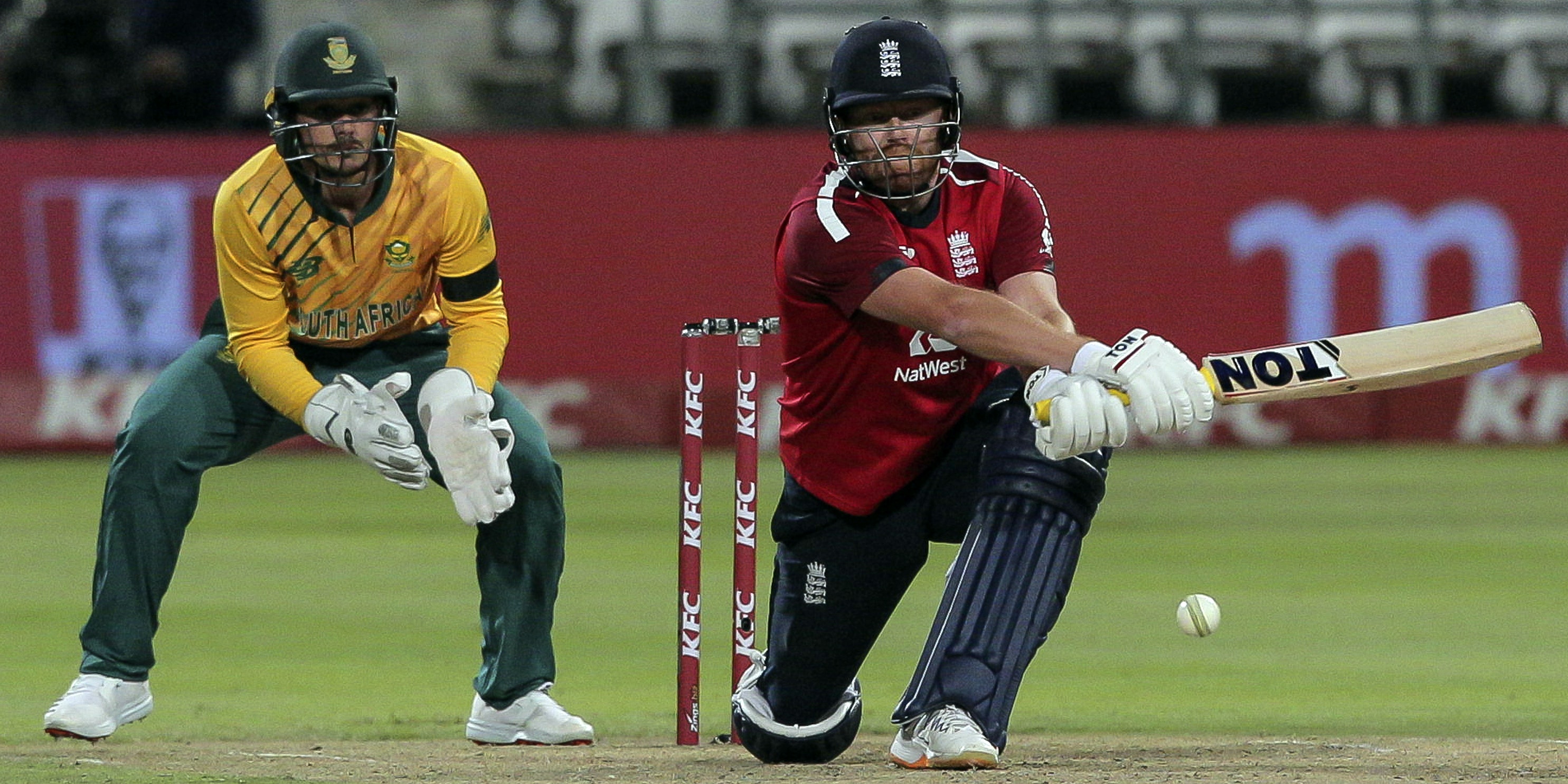 Jonny Bairstow once again showed how dangerous he can be with a point to prove, turning a demotion in the batting order into a magnificent, match-winning turn in England’s first Twenty20 in South Africa.

Moved down from his preferred opening slot to number four – behind Jos Buttler, Jason Roy and Dawid Malan – the Yorkshireman batted with power and precision to make a career-best 86 not out in a five-wicket victory in Cape Town.

Chasing a target of 180 the tourists stumbled to 34 for three as debutant George Linde took two wickets before Bairstow led a fine comeback, joining Ben Stokes in a stand of 85 then seeing things through to the end in a 48-ball knock containing nine fours and four sixes.

Many of Bairstow’s best performances have come when his pride has been wounded by dips in form or questions over his place and this was a prime example of his ability thrive when he is most fired up.

He ended the match in the spotlight, where he belonged, needing seven off the last over and responding by powering Lungi Ngidi’s first two balls for four then six. The game had already been settled by then, pivoting in the 17th over when a wayward Beuran Hendricks was taken for 28.

Sam Curran had earlier made good on Eoin Morgan’s decision to bowl first, with Temba Bavuma caught behind off an ill-judged ramp in the first over. That brought together the home side’s present and former captains, Quinton de Kock and Faf du Plessis, and the pair were predictably productive in a stand of 77 in 51 balls.

For the most part it was sensible accumulation, with occasional controlled aggression mixed in, but Du Plessis chose the fifth over to make an example of Tom Curran. He hammered 24 off the over, almost doubling the total in the process, smashing sixes over long-off and mid-wicket and middling a pair of fours for good measure.

De Kock batted more carefully, barring an early pick-up six off Jofra Archer, and departed for 30 in the 10th over as Chris Jordan refused to let him clear extra-cover from round the wicket.

Du Plessis carried on the fight with a punchy 58 and Rassie van der Dussen hit three sixes in an uneven 37 but again Sam Curran came through for his side. Exacting a measure of revenge for his brother, he took the pace off a short one and watched as Du Plessis lost balance aiming for the grass banks.

His final wicket was also short, but somewhat quicker, hurrying Heinrich Klaasen on the hook as he claimed three for 28. Tom shipped another 27 from his two overs at the death but ended a disappointing outing by bowling Linde.

The all-rounder had an even more important contribution to come as De Kock took a punt on his left-arm spin.

He had Roy caught behind for a second-ball duck, courtesy of a long-hop that turned, and then had Malan well held at square leg before he could turn his start of 19 into something more substantial.

In between Buttler had mis-hit Ngidi down the ground to depart for seven, leaving England in a rut at the end of a powerplay that left them 34 for three. Bairstow and Stokes had no option but to attack and so they did.

Bairstow muscled Tabraiz Shamsi for three sixes in six balls in the arc between long-on and mid-wicket, with Stokes joining in by heaving Linde and Klaasen over the ropes.

Boundaries kept flowing as desperate hitting morphed into dominance. England had been 23 short of South Africa’s six-over score and were level by 12 overs.

A bottom-hand blow for four took Bairstow to 50 but one ball later his partner was gone, Stokes dragging Shamsi down long-on’s throat to end a brilliant counter-attacking stand.

With 51 needed off the last four overs England needed a big haul and got it off Hendricks in the 17th. Bairstow punished two full tosses and a leg-side offering, Morgan helped himself to a six and there were eight costly extras.

The captain holed out for 12 but Bairstow had the winning line in sight and would not let it go.